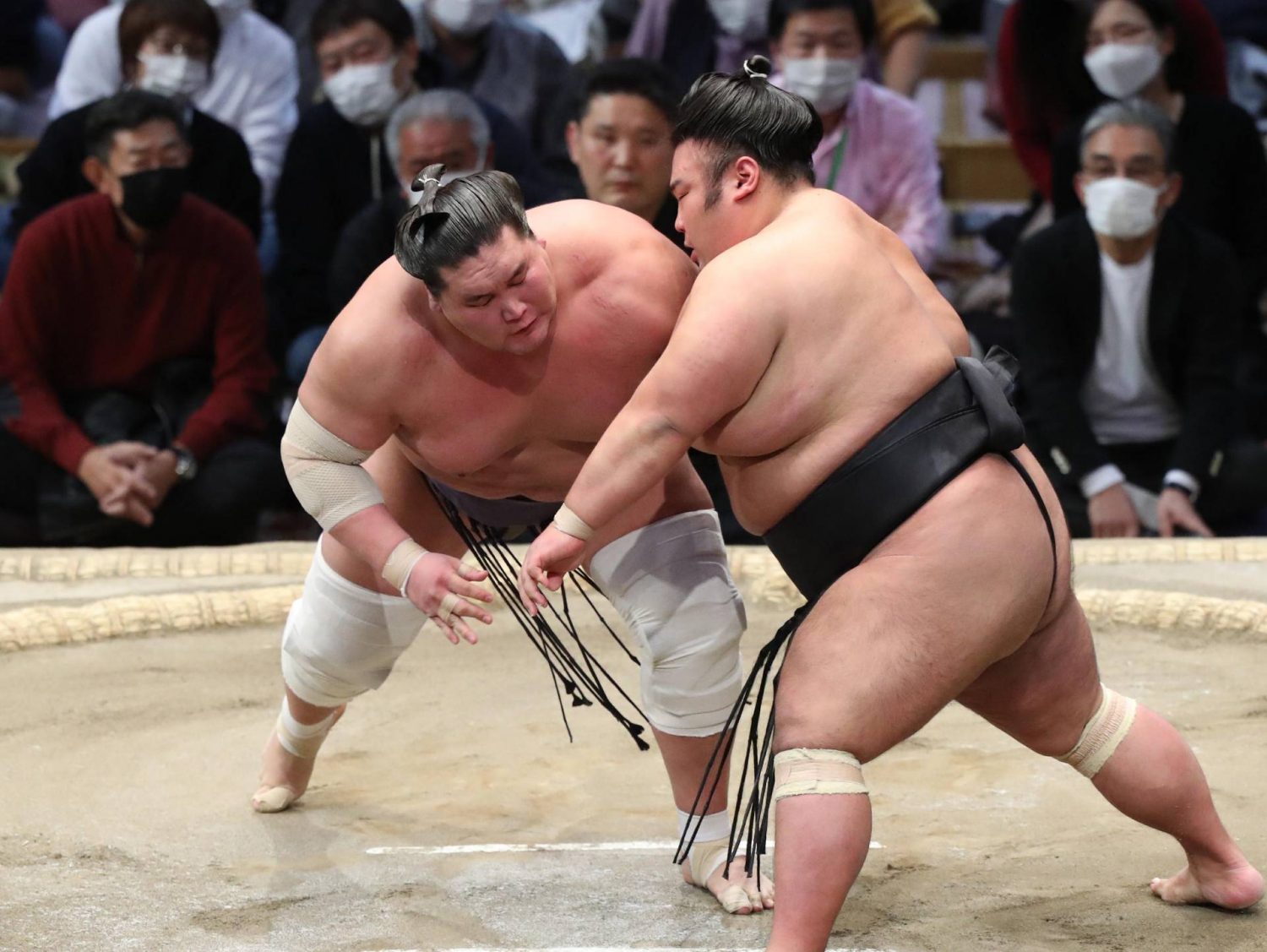 Yokozuna Terunofuji (left) faces ozeki Takakeisho in the final match of the Kyushu Basho in November 2021.

When the New Year Grand Sumo Tournament begins on Sunday, January 8 at Tokyo's Ryogoku Kokugikan, Terunofuji, the sport's top-ranked wrestler, will be absent.

Grand champion Terunofuji decided on Friday to sit out the 15-day tournament as he recovers from surgery to both knees last October.

It's another setback for the injury-plagued 31-year-old from Mongolia who has missed all or part of three grand sumo tournaments in eight meets since making his debut as a yokozuna in September of 2021.

Terunofuji also missed the entire Kyushu tournament in November due to the surgeries and his career remains very much in doubt heading into the new year.

He hasn't won a tournament since May of 2022 when he went 12-3. And whether he can return to peak form is anyone's guess.

His withdrawal means sole ozeki Takakeisho will be the highest-ranked wrestler for the January 8-22 basho.

Shodai, who went 6-9 in the November tournament, drops down to sekiwake while Mitakeumi, also 6-9 in Fukuoka, falls all the way down to No. 2 maegashira.

With Terunofuji hobbled by injury, the tournament is wide open to whoever happens to be in good form.

Takakeisho went 12-3 in the November meet. If he is able to win the New Year Basho with 14 or 15 wins, he will gain consideration for promotion to yokozuna.

Given Terunofuji's uncertain future, sumo officials will be eager to fill the void at the top if Terunofuji is unable to come back.

Read the full story on SportsLook, and follow sumo coverage throughout the year here.