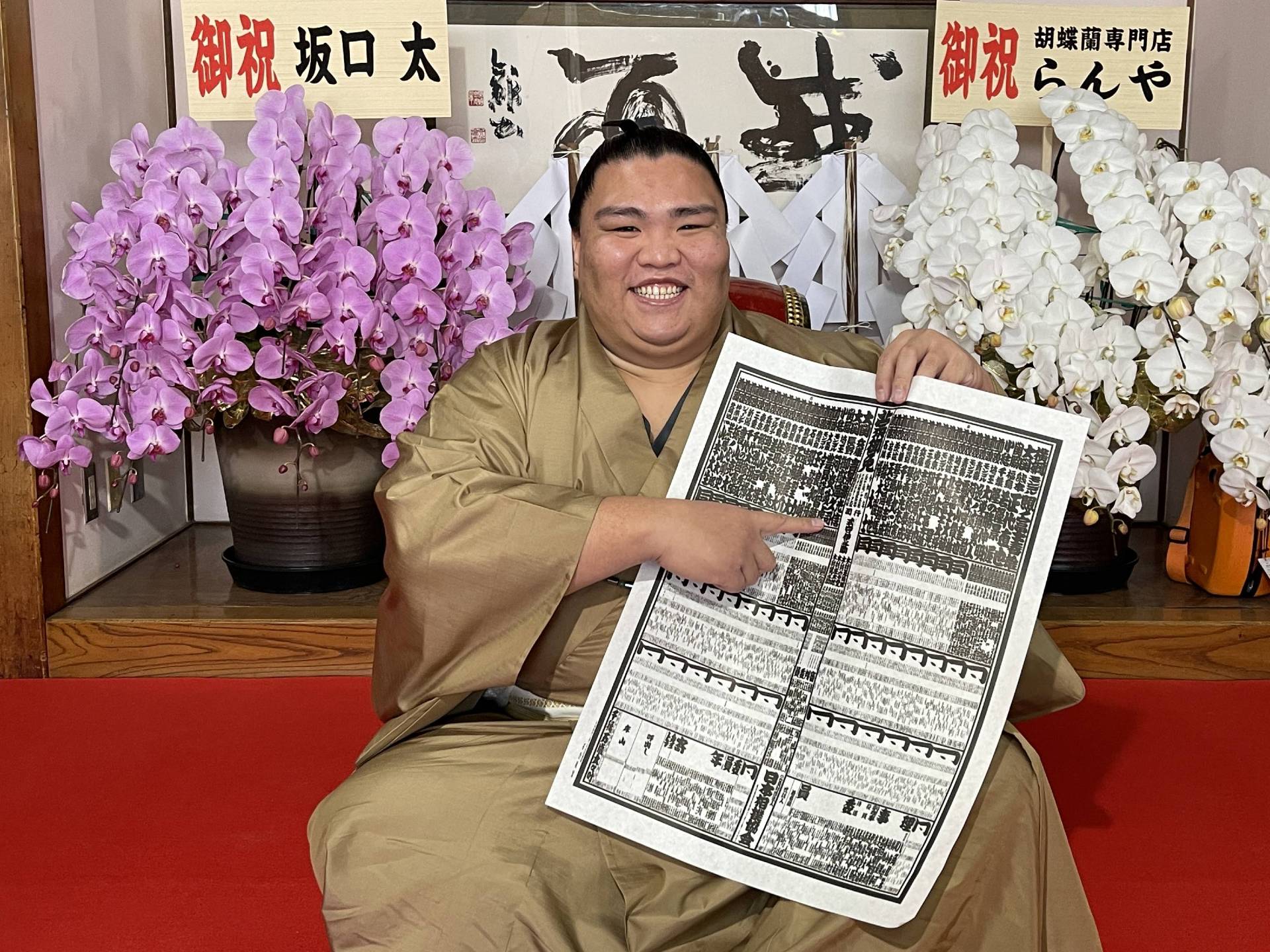 Three newly promoted wrestlers will be in the spotlight as they seek to challenge lone yokozuna Terunofuji for the title at the Spring Grand Sumo Tournament, which gets underway on Sunday, March 13 in Osaka.

Mitakeumi was promoted to sumo’s second-highest rank of ozeki after going 13-2 and beating Terunofuji on the final day of the New Year tourney in January to claim his third Emperor’s Cup.

Mitakeumi, who was born to a Japanese father and Filipino mother in 1992, needed 28 tournaments as a sekiwake or komusubi before his third grand tournament championship earned him promotion to ozeki.

At 29 years and one month, Mitakeumi will be the sixth-oldest wrestler to make his debut at sumo’s second-highest rank.

The Dewanoumi wrestler, who relies mostly on pushing and thrusting moves, will be eager to kick off his debut at the exalted rank with a winning performance.

“We can expect Mitakeumi to be the top contender at the spring tournament,” NHK sumo announcer Hiro Morita said. “If he wins the March tournament, he will enter the May tourney as a yokozuna candidate, so he will be laser focused to win this championship.”

He joins two underperforming wrestlers in Shodai and Takakeisho at the ozeki rank.
Shodai had a disastrous 6-9 record in the New Year meet and will need to post a winning record this time out to maintain his rank.

Takakeisho, also facing a possible demotion, went 1-3 before being forced to pull out with an injury in the January meet.

“Takakeisho is from Hyogo Prefecture so Osaka is like a hometown for him,” Morita said. “So he will be trying to redeem himself after the debacle in the previous meet and will have the support of hometown fans.”

Rising star Abi comes into the March tournament as a newly promoted sekiwake.

Abi’s career in Japan’s ancient sport was on the ropes back in 2020 when he offered to retire after it was revealed he repeatedly violated coronavirus protocols.

Instead of leaving sumo. Abi served a three-tournament suspension that forced him to restart his career from the third-tier makushita division.

Prior to the suspension, Abi showed plenty of potential and rose to the rank of komusubi in July 2019.

But he lost 10 makuuchi division bouts for the first time in January of 2020 and pulled out of the July meet when his violation of the rules came to light.

Abi returned to action in March of 2021 as a No. 56 makushita. He went unbeaten in two seven-bout tournaments in that division, then earned re-promotion to the makuuchi division after going 24-6 in two outings as a second-tier juryo wrestler.

In his last three tournaments, Abi has gone 12-3 twice and 13-2 in the September tournament of 2021, more than enough to earn promotion.

“Since coming back to makunouchi he has been a contender,” Morita said. “He upended Terunofuji with his trademark ‘tsuppari’ attack in the New Year meet and he wants to win his first tournament badly.”

Abi went from No. 6 maegashira to sekiwake, where he is joined at the sport’s third-highest rank by another debutante at that rank, 27-year-old Wakatakakage, who went 9-6 as a No. 1 maegashira in January.

“I think Wakatakakage is the candidate to make ozeki next,” Morita said. “We expect him to keep rolling and put up good numbers. He will be a strong challenger to the upper echelons of the sport, the ozeki and the yokozuna.”

After missing out on his third straight title in the January meet, Terunofuji will be out for a measure of revenge.

“Terunofuji is looking for revenge,” Morita said. “The man who crushed his hopes of three straight titles was Mitakeumi so he wants to redeem himself.”

Morita pointed out that Terunofuji appeared injured over the second week of the New Year tournament when he lost three of his last four bouts.

How the grand champion performs in the first week of the tournament will be an indication of whether he is fully recovered.

Terunofuji has struggled with knee injuries over the past several years and seemed to lose stamina in the second half of the New Year meet.