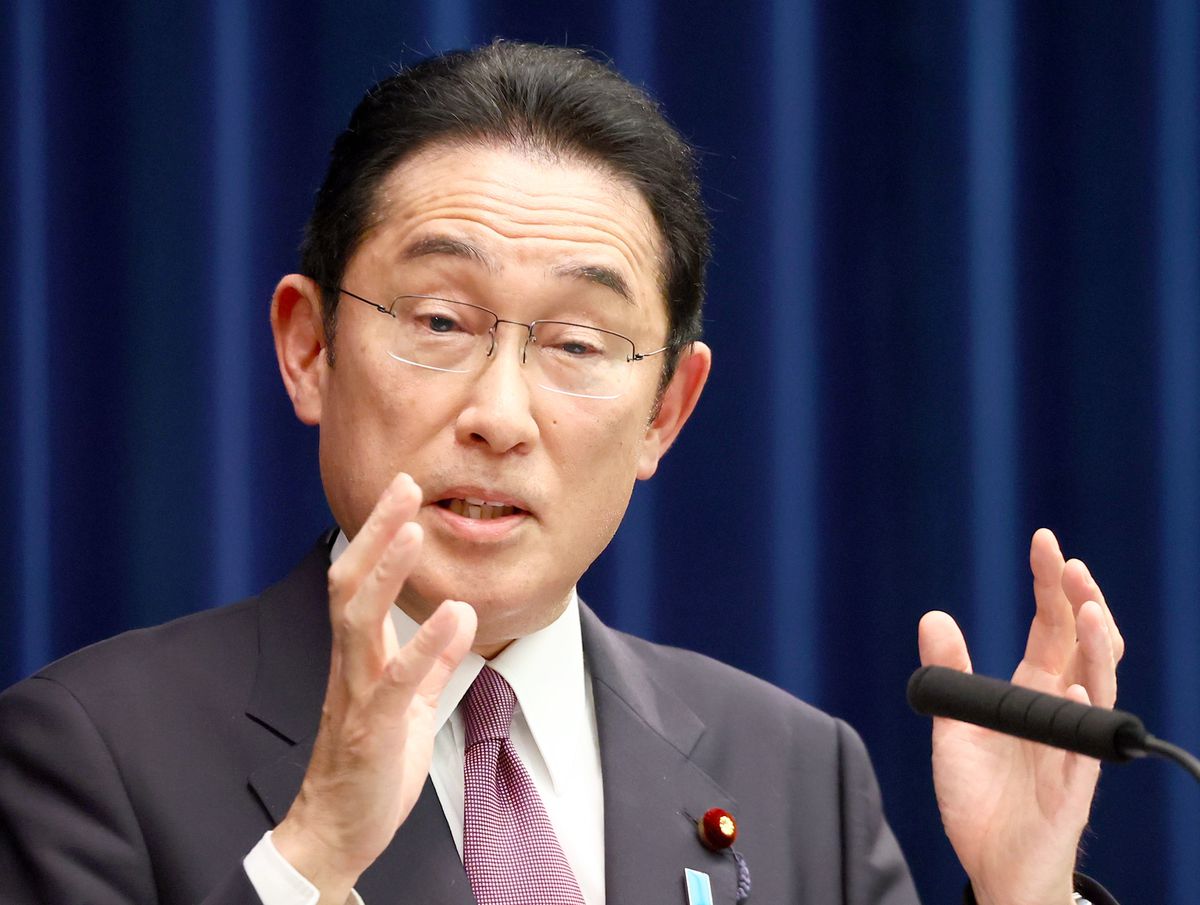 In the evening of March 8, the Ministry of Defense sent a plane to Poland containing equipment donated by the Japan Self Defense Forces, including bulletproof vests and helmets.

Nevertheless, since the beginning of Russia’s invasion of Ukraine on February 24, the question of what to do to help the war-ravaged country has been a topic of discussion throughout the country.

On March 3, The Sankei Shimbun and JAPAN Forward spoke to Ukraine’s Ambassador to Japan, Sergiy Korsunsky, in an interview touching on  various aspects of the war, and the response by Japan and the world.

In this part, Korsunsky discusses Japan’s response to Russia’s invasion of Ukraine and sends a message to the Japanese people.

What is behind Russia’s strategy in attacking residential areas?

They attack residential areas purposefully, not just accidentally. They want to see the panic.

Imagine if you live in a 25-story building, and you have a rocket hitting in the middle of this building. People living there would say: “oh my god, we have to leave,” right?

That chaos, that panic, that’s what they [Russians] want. But the result is absolutely the opposite.

The result is that people are sending money to different foundations ー inside Ukraine, outside Ukraine. People are enrolled in Territorial Defense [forces] and they are ready to fight.

How do you evaluate the Japanese corporation’s financial aid and sanctions?

The Japanese government is amazing. We are very grateful for what has already been adopted. It’s fully in line with G7. The sanctions introduced were unprecedented.

Yesterday we saw another step taken, that Ukrainian refugees will be received in Japan. This is very important because Japan has a very strict policy of entering the country and issuing visas.

We can invite our relatives or close friends, if we are willing to sponsor them.

Every country I know, European countries, are doing the same, because unfortunately already over one million people are refugees out of Ukraine, mostly women and children. Men between the age of 18 and 60 cannot leave the country because of the military draft.

Do you imagine military armaments coming from Japan?

This is a purely theoretical question. This is not going to happen. We’re not even talking about it.

Ukraine is a country which respects other countries’ opinions and situations. Japan is a soft superpower. That’s exactly how we consider Japan.

We are not going to violate any law or constitution or intervene into internal discussions. If Japan in the future will decide to change the constitution, it’s your internal affair. We are in a new reality, and the reality is that among G7 there are countries that supply weapons.

What is your priority for assistance from Japan?

What we want from Japan is pioneering efforts for the future reconstruction of Ukraine. You know well how to help other countries and you have done this many times in your history.

Other countries can supply military equipment, but Japan is much more powerful as a leader of Asia, as a democracy of Asia. It will be an example for other countries in the region to participate in reconstruction efforts.

There is ASEAN, an immensely important conglomerate of countries, and they can collectively participate.

It is very important to understand this war is nothing like any war ever before. For the first time, war is taking place in times of Facebook and Twitter, the first time when you have communications, you can’t keep information inside.

This war is happening when the world is globalized. For example, Ukraine is among five major suppliers of wheat on the world market. If you cut sunflower oil, or if you cut the ability to transport through Ukraine, there will be repercussions not just for us.

It has created a problem even here in Asia. The Japanese government was kind enough to agree to divert some LNG to Europe, because supply from Russia is cut now because of this war.

Maybe a century ago you would not even know about this war, if you didn’t want to. Now, whether you want it or not, it affects the lives of ordinary citizens of Japan. That is why efforts must be much wider than just Americans and Europeans.

What is the current situation at the Ukrainian Embassy asking for volunteers to fight in Ukraine?

It was a misunderstanding. We are not doing this.

I told the Foreign Minister Yoshimasa Hayashi yesterday [March 2]. We published information that there was an already formed military unit consisting of foreigners, which is already existing on our Facebook page and on Twitter.

But it was just information that there is such a unit and those in the world who would like to participate. They can, but it depends on the policy of each country.

There are many countries already which allow their citizens to participate. But you must understand that this is a legal issue to be treated carefully. If a citizen of Thailand drafts into a foreign [country’s military] to fight, eventually they may kill somebody. The question is, is it a crime?

Should [the soldier] be considered a criminal when they go back home? That is why this is an issue which each country should treat carefully.

It’s very important that this is a voluntary business, we’re not hiring them, it’s by their own will if the people want to fight. And there are many females, for example inside.

There are hundreds of people [volunteering] from many countries. There are many people with military experience who retired early, in their 40s 50s, and they want to help. Please come. We need them, specifically those with specific knowledge and training.

So it’s not specifically soliciting Japanese?

It’s not specifically for Japanese. But at the same time we have endless calls from Japanese citizens asking us about it.

So  they should go to those companies [who are gathering volunteers]. We know that there are Japanese companies who are doing this. They consulted with us, and we said what we need: doctors, military doctors, because of their specific expertise.

We need firefighters, we need experienced rescue service people because Japan has unique experience with earthquakes. There is special equipment for that, and Japan’s experience and know-how is probably the best in the world.

Do you have a message for Japanese people?

More than 100,000 already contributed to our account [as of March 3]. We now have almost ￥2.5 billion yen ($17 million USD), which will be used for humanitarian purposes in Ukraine.

I want you to know as well how much we appreciate the support from the Government of Japan, which introduced unprecedented sanctions against Russia, and for the financial and humanitarian contributions.

This is not something which will stay in Ukraine, this war, brutal, unprovoked, and bloody. The Russian army is killing innocent Ukrainians every minute. This is absolutely unacceptable.

I’m fully aware that in Japan this is unacceptable too. Thank you very much.

Thank you, all of you.

Dozoyoroshikuonegaishimasu、 arigatou gozaimasu. (Thank you for your continuing cooperation. Thank you.)