SWIMMING | Rikako Ikee to Compete at Olympic Trials in April 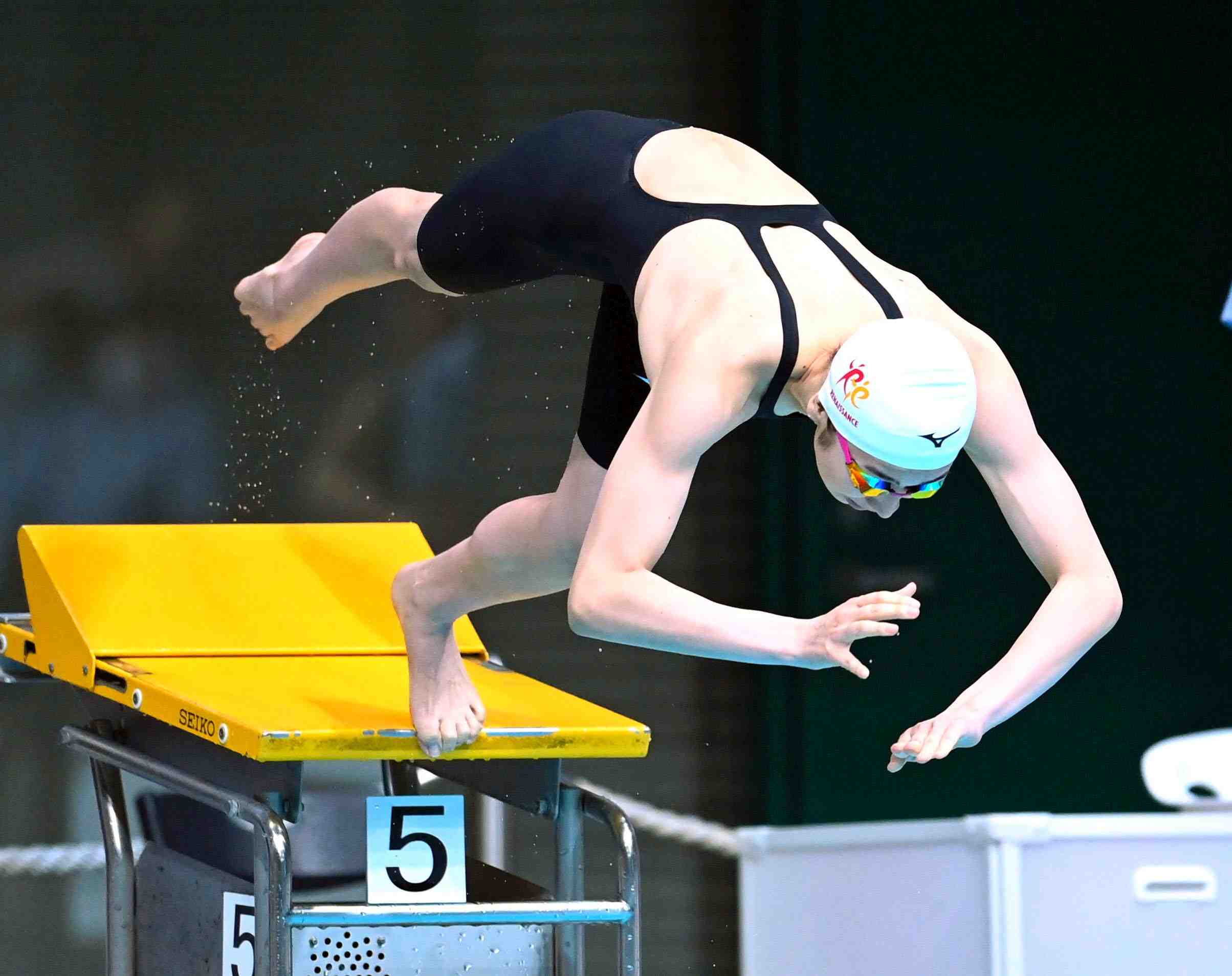 Rikako Ikee’s return to competitive form has increased her visibility as a swimmer to once again keep an eye on.

And she will be in the spotlight next month at the second-most important meet of the year for Japanese swimmers.

The leukemia survivor announced on Wednesday, March 10 that she’ll compete at the 97th Japan Swimming Championships, which will be held April 3-10 at the Tokyo Aquatics Center. The meet, first and foremost, will serve as Japan’s Olympic trials this spring, the last chance for the nation’s swimmers to qualify for the Summer Games.

The MVP of the 2018 Asian Games (six gold medals, two silvers) in Indonesia, Ikee qualified for the national championships by placing third in the women’s 100-meter butterfly at the Tokyo Open on February 20. Ikee completed the final in 59.44 seconds, finishing behind Kizu Kichihana (59.35) and Hiroko Makino (58.63) at the Tokyo Tatsumi International Swimming Center.

The Tokyo native, who triumphed in the 50 fly in 25.77 seconds at the Tokyo Open, said that she’s targeting the finals for all four events at nationals.

“The results of this meet will depend on how much confidence I can build in everyday practice, so I want to train hard for it,” Ikee said in a statement.

To qualify for the Olympics, set to start on July 23, Ikee would need to place in the top two and meet the Japan Swimming Federation’s entry standard times for each of her events. For instance, the JSF qualifying standard for the 100 fly is 57.10.

Ikee’s positive results at the Tokyo Open piqued her interest in testing her competitive form in the biggest national event of the year. This, of course, is a litmus test for the upcoming Summer Olympics.

“I can’t say that I’m aiming for it now,” Ikee told reporters last month at the Tokyo Open. “When we start to get results that are world-class, we will think about it at that time.”

In February 2019, Ikee announced she had leukemia. She was hospitalized and sidelined for more than 19 months before making her return to competition last August at a Tokyo Swimming Association-sponsored meet, where she won her heat in the women’s 50 freestyle event.

Ikee qualified for the Intercollegiate Championships last October, which provided another opportunity for her to take another step forward on her comeback journey in February. The Nihon University student finished fourth overall in the 50 freestyle, and shaved 0.70 seconds off her time in the race from her previous competition in August.

“I’ve been aiming for this competition for the past year so it meant a lot,” Ikee was quoted as saying by the Olympic Channel after the race. “I was pretty emotional even before I got in the pool.

“I was happy to be here competing and that I swam in under 26 seconds. I kept it to myself but my goal for this meet was a 25.8, and I did it in the heats. I’m really glad I achieved my goal.”

Ikee made her Olympic debut at the 2016 Rio Games. She finished sixth in the 100 butterfly in Brazil.