How Big was the Explosion in Beirut? Your Car Navigation System Might Just Have the Answer 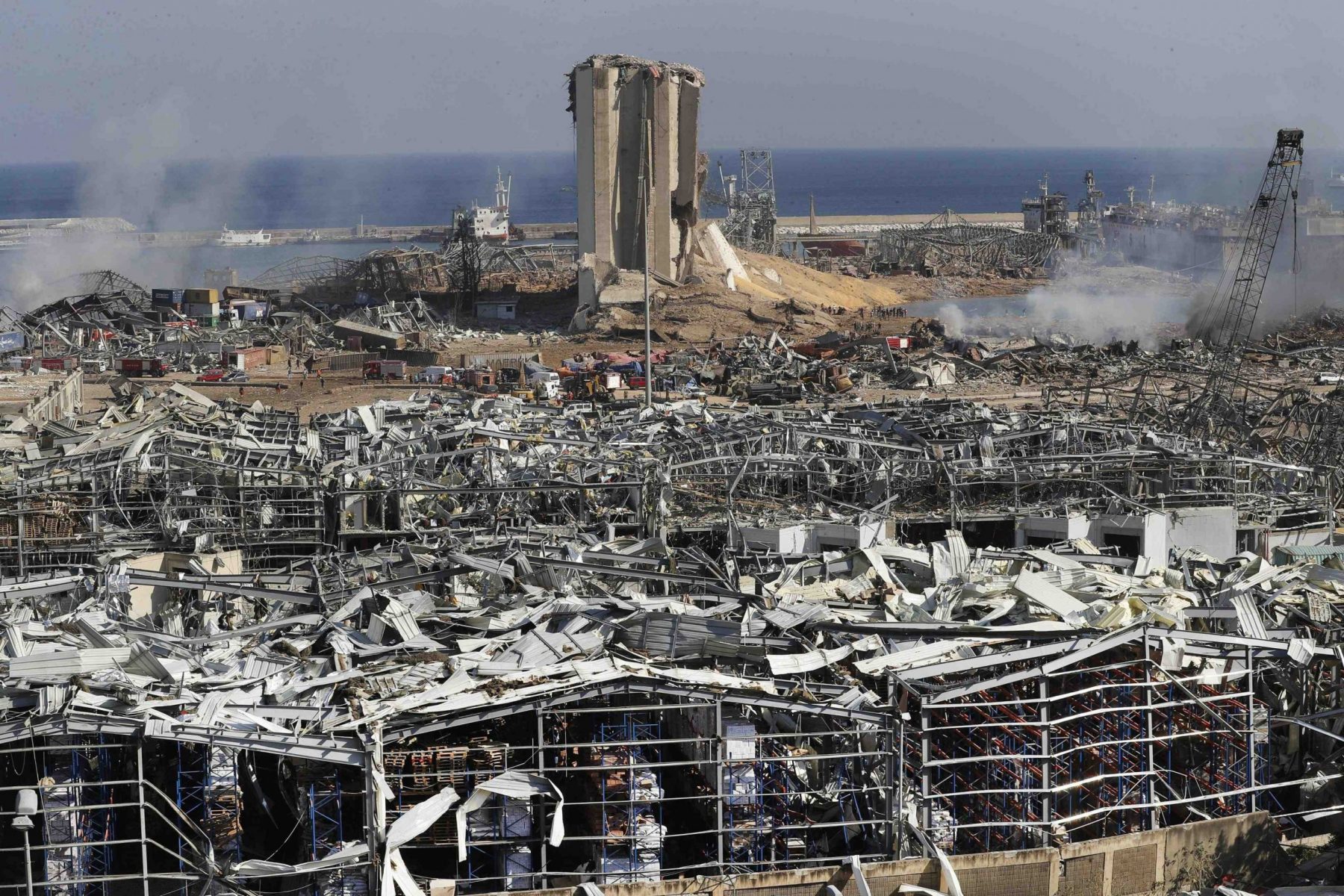 The massive explosion that occurred in the Lebanese capital of Beirut in August 2020, killing more than 200 people, was one of the largest explosions in history, excluding nuclear tests, it was learned.

Analysis carried out by a research group at Hokkaido University drew this conclusion. The massive explosion, which was even suspected of being a terrorist attack, was determined to have reached a scale similar to the eruptions of Mount Asama (Nagano and Gunma prefectures) in 2004 and the eruption on Kuchinoerabu Island (Kagoshima prefecture) in 2015.

The research group utilized satellite positioning system (GNSS/GPS), technology well-known for its use in car navigation systems in calculating the power of the explosions. Its strength was determined based on the slight “fluctuations” in electrons at an altitude of 300 kilometers.

How the Investigation Used Ionospheric Disturbances

The large explosion occurred in Beirut’s port area near the city center just after 6 P.M. on August 4 last year. More than 200 people lost their lives.

Professor Kosuke Heki, a professor of geophysics at Hokkaido University’s Faculty of Science, led a research group to estimate the scale of the explosion. The methodology used in Professor Heki’s investigations use satellite positioning systems to view a variety of phenomena that have occurred on Earth.

Scientifically, a part of the upper layers of the earth’s atmosphere is divided into ions and electrons due to the absorption of ultraviolet rays and X-rays from the sun. The layer in this state is called the ionosphere, and within it the region from 60 km to over 1,000 km in altitude is called the “F region”. It is where electron density is the highest, and many free electrons are flying around.

The number of electrons in the ionosphere fluctuates due to vibrations in the air caused by phenomena such as volcanic eruptions and earthquakes. This is called an ionospheric disturbance.

According to Professor Heki, on-the-ground measurement of two frequencies of radio waves that arrive from satellites used for GNSS, can be used to calculate the number of electrons in the ionosphere in a straight line connecting the satellite and the ground station. The research group used this methodology to derive the amplitude of ionospheric disturbances over Beirut.

Results of Professor Heki’s analysis results revealed that the blast (sound waves) associated with the massive explosion extended to 300 km above ground, reaching the F region about 10 minutes after the explosion. The fluctuation in electrons in the region reportedly had an amplitude of 0.1%.

Professor Heki and his colleagues have been conducting research to determine the scale of volcanic eruptions using the same method. By comparison, the 0.1% amplitude was found to be on the same scale as the 2004 eruption of Mount Asama, the 2011 eruption of Shinmoe-dake in Kirishima, Kagoshima Prefecture, and the 2015 eruption on Kuchinoerabu Island. The team’s research concluded that the massive explosion in Beirut was one of the largest explosions in history, excluding nuclear tests.

The huge explosion broke windows of buildings up to a few kilometers away in central Beirut, and high-rise buildings were reduced to ruins by the blast. The number of dead exceeded 200, with the number of injured over 6,000.

The blast caused widespread damage to buildings and other structures, and an estimated 300,000 people lost their homes. Total damages were estimated to exceed $15 billion USD (about ￥1.57 trillion JPY).

Ultimately, the cause of the explosion was determined to be a large amount of ammonium nitrate, which is a raw material used in explosives. It had been stored in a warehouse in the port area. Reportedly, no security measures had been in place for six years. Sparks from welding work are thought to have ignited, causing the explosion.

The satellite positioning system employed in this research uses satellites orbiting at roughly 20,000 kilometers above ground to measure current position. As the GNSS is a system that covers the entire globe, it can be used to determine the scale of explosions that occur anywhere around the world, even those that do not reach the scale of the Beirut explosion.

Professor Heki is also working on similar research using GNSS-based analysis to estimate the trajectory and power of ballistic missiles, the scale of solar flaresーwhich are explosions on the sun, as well as scale of the earth’s crustal movement and seismic motion associated with earthquakes.

The Beirut explosion calculations are just one example of his work. “This current research determined the scale of an explosion, but the technology of ionospheric observation using GNSS is not limited to any field,” said Professor Heki.

“We would like to use these results to help us better understand the explosion energy of volcanic eruptions, and that is what we are currently working on.”