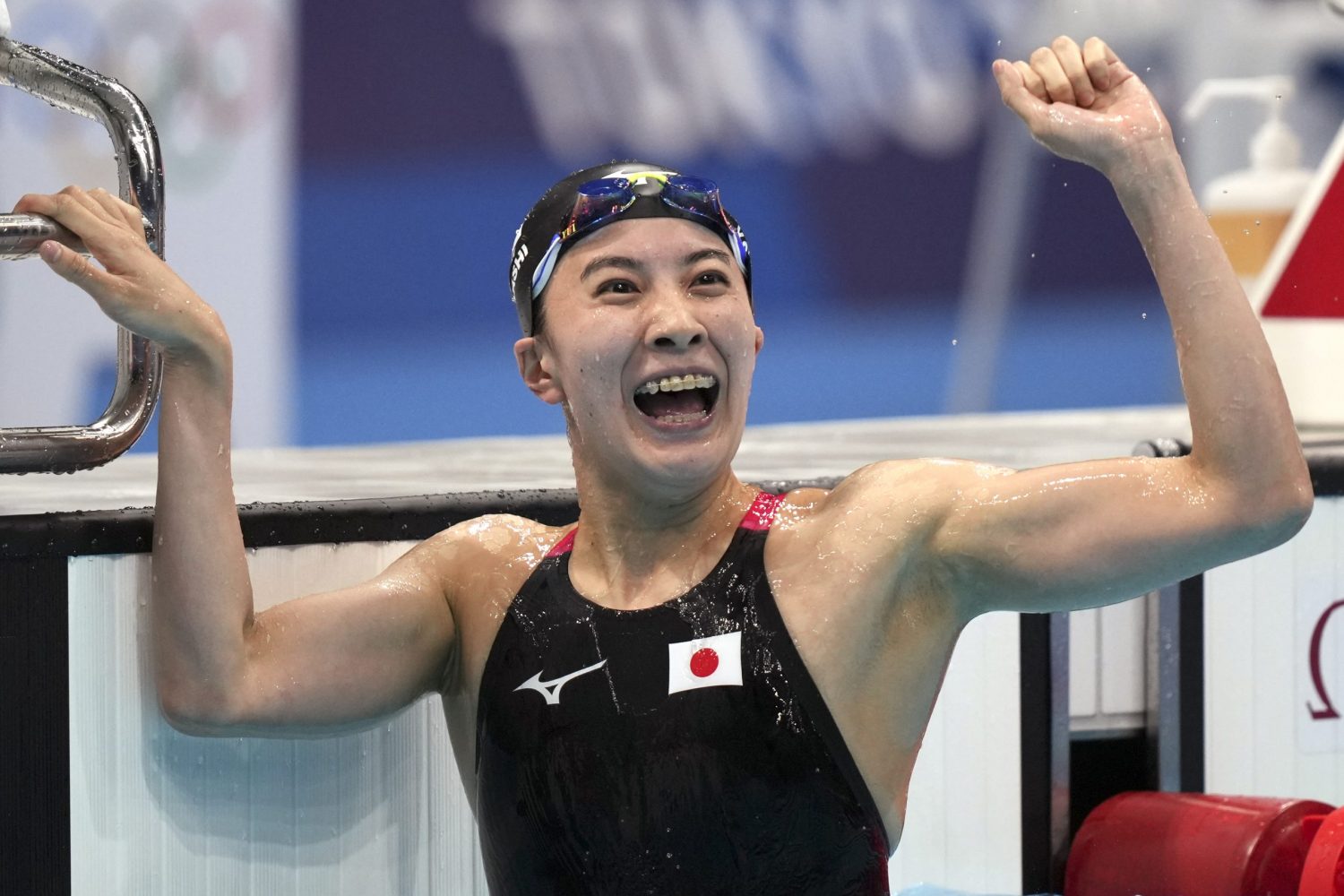 The pride of Hikone, Shiga Prefecture, Ohashi put herself in position to contend for the medley crown ー swimming’s equivalent of boxing’s best pound-for-pound fighter ー by effectively moving up in the standings in each of the four specialty strokes.

When the race was over, Ohashi punched the water with her right fist, a striking visual exclamation point to cap her morning. She then raised her both arms in a celebratory gesture.

Longtime Japan national team head coach Norimasa Hirai, sitting in the stands, shared the moment with her from a distance, clapping and smiling.

Emma Weyant and U.S. teammate Hali Flickinger earned the silver and bronze medals, respectively, in 4:32.76 and 4:34.96.

Ohashi admitted her victory in the eight-woman race came as a surprise to her.

“I never thought I could win the gold medal,” the 400 IM silver medalist at the 2019 world championships was quoted as saying by Kyodo News. “A lot has happened before reaching this point, but I’m grateful I was given the chance to have this challenge, and many people supported me so I can swim to the best of my ability. I’m really grateful.”

Ohashi ended a long medal drought for Japan in the women’s event on the Olympic stage. Yasuko Tajima hauled in Japan’s last medal, a silver, in the 400 IM at the 2000 Sydney Games. And Ohashi threw down the gauntlet for Japan’s 25-swimmer Olympic contingent at these Games, a not-so-subtle challenge to match her achievement in the hours and days to come.

Ohashi, who led at the 150-meter mark, solidified her position in second place over the next 100 meters while zooming through the water using the backstroke.

Then she excelled in the breaststroke with excellent mechanics and rhythm and took the lead for good. Ohashi built nearly a 2-second gap between her and Weyant in the third phase of the final. Entering the race’s final 100 meters, Hosszu was in third and Flickinger was fourth.

Ohashi wasn’t running out of energy at this point, though.

And then she touched the wall, rapidly turned around and completed the last 50 meters of the race to become an Olympic champion.