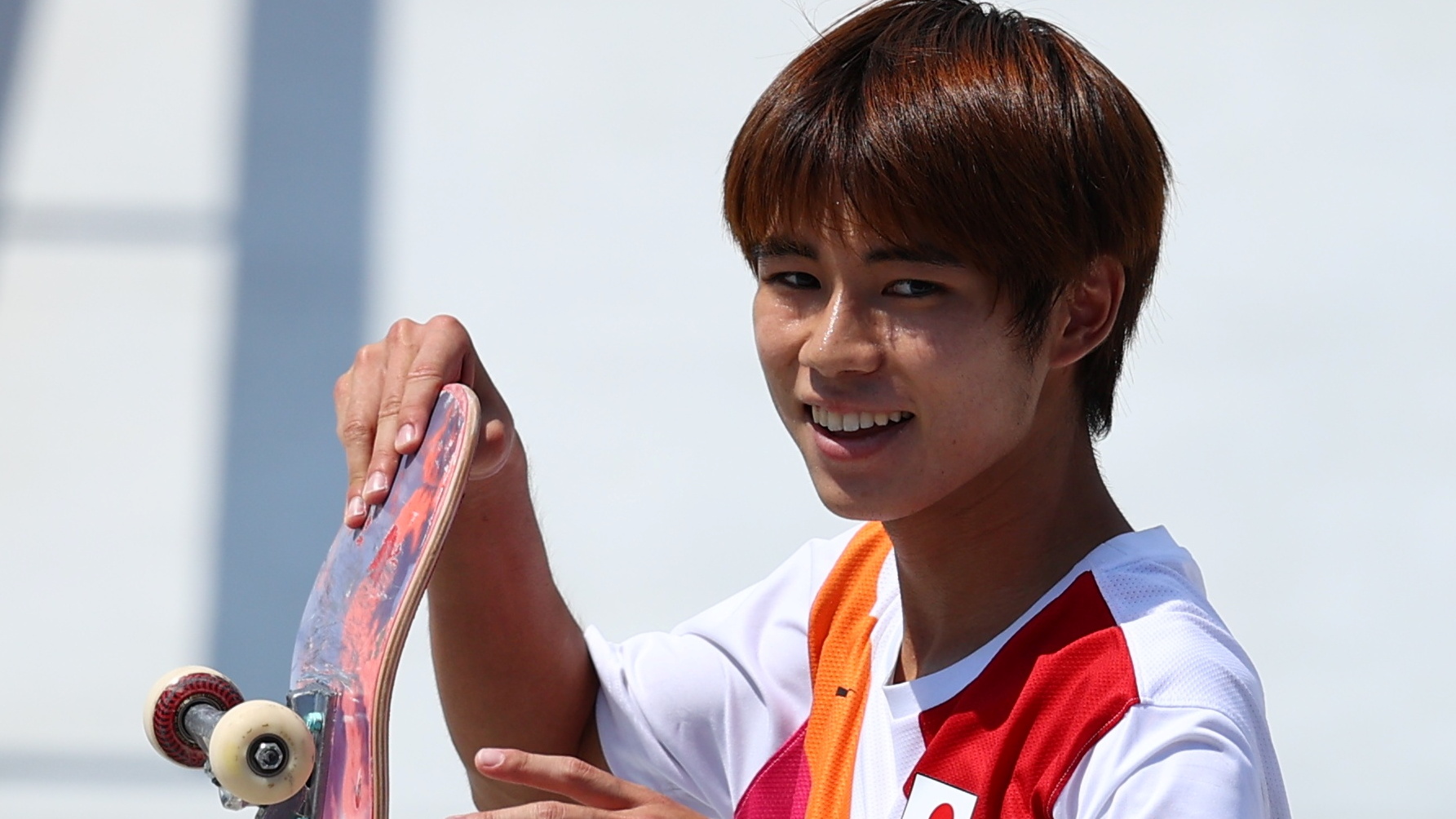 At just the age of 22, Yuto Horigome wowed Japanese fans on the afternoon of Sunday, July 25 by grabbing gold in the men’s street skateboarding final, taking place at Ariake Urban Sports Park.

With skateboarding debuting as an Olympic sport in the Tokyo 2020 Olympics, Horigome made history by becoming the first medalist in the new Olympic sport.

Horigome had qualified for the final by making it to sixth place in the morning qualifying round, amassing 33.75 points under a scorching sun of 35 degrees Celsius.

However, after making it into the final eight, Horigome showed his true colors.

The silver medal went to Kelvin Hoefler, a 28-year old-from Brazil who scored 36.15 points. Hoefler is known for his kind disposition, and has previously said his hope is to open a skateboarding school in his home country.

American Jagger Eaton, a 20-year-old who graced the venue onlookers with huge smiles, received the bronze medal with 35.35 points. Eaton comes from a family of skateboarders in Arizona, and his father Geoff runs one of the nation’s first dedicated skateboarding training facilities.

Competition in the final was tough. Hoefler scored 8.98, 8.84, 8.99 and 9.34 in his rounds. Eaton also showed a strong performance, scoring a whopping 9.40 on his third trick, but it was ultimately insufficient to close the gap with his Brazilian and Japanese rivals.

The favorite of the competition was American Nyjah Huston, 26, who has won four consecutive world championships since 2016 and, until Tokyo, was ranked No. 1 in the world.

On July 25, after a strong performance in the first two runs and the first trick, and even scoring a 9.11 in his second run (the highest among the eight finalists), the 26-year-old Huston seemed to lose his nerve and failed to score for his last four tricks. He finished seventh overall.

Horigome, for his part, has recently been hailed as a rising star in the sport. Hot on Huston’s heels, he was the runner-up at the World Skateboarding Championships in Sao Paulo in 2019, and won first place at the world championships in Rome in June 2021.

Growing up very close to the competing venue, in Koto Ward, Tokyo, Horigome first learned skateboarding from his taxi-driver father Ryota. In 2016, the Japanese skater went to California in the U.S., with the dream of becoming the best skateboarder in the world.

Reacting to his win with his usual calm countenance, Horigome told NHK: “It’s so simple, but I am so happy!”

“I grew up here in Koto Ward,” he effused, “and I grew up skateboarding. When I first found out that Tokyo was chosen as a venue for the Olympics, it was so far in the future, I didn’t know at the time if I would be able to participate. The fact that I am able to be here makes me so happy.”

Points in skateboarding are attributed to the difficulty of the trick, originality, height of jump, among others. While mistakes are allowed in the 45-second run and the overall performance is what matters, in the singular tricks failing to land properly yields athletes a score of zero.

Overall it was exciting to see the debut of one of five new Olympic sports, and it’s clearly an opportunity to bring attention to a different kind of sport and culture.

The athletes brought an enormous amount of energy to the competitions on the day, despite the heat at the venue along Tokyo Bay. They were seen cheering each other on, with former world No. 1 Huston even rushing over to congratulate Horigome immediately after the competition was over.

The athletes’ appearance itself reminded viewers that Olympic sports can be different from the image many of us have when we think of elite sports.

While in most disciplines, teams wear uniforms or at the very least consistent specialized gear, the skateboarding event was a very different affair, and it came as a breath of fresh air.

There were those sporting large earrings, with some wearing jeans-like-trousers, others in shorts, and several sporting Vans sneakers fashionable among people in their 20s. Many athletes were wearing earbuds to listen to music, and pump themselves up for the competition.

Nyjah Huston is perhaps the greatest example of the changing face of competitive sport. He is said to be 90% covered in tattoos, and he grew up in a strict Rastafarian household that moved to Puerto Rico when he was 10. His father, black-Japanese, was the first to push him and his four siblings to skateboard. Like many of his generation, Huston has an incredible online presence, with 4.7 million Instagram followers (more than star gymnast Simone Biles, who has 4.5 million followers).

And the popular anticipation for these athletes is palpable. In a vox pop conducted by JAPAN Forward a week before the Games, most respondents expressed excitement about the introduction of skateboarding in the Olympics.

The reaction on social networks on the day was one which lent some hope that the Olympic debut will bring attention to the sport.

Many were surprised to see skateboarding for the first time, and commented on how cool they thought it was, and how different compared to other Olympic sports.

Some were moved by the sportsmanship of the athletes.

Others used it as an opportunity to show off their involvement in the sport.

One thing is for sure: history is being made at Tokyo 2020.