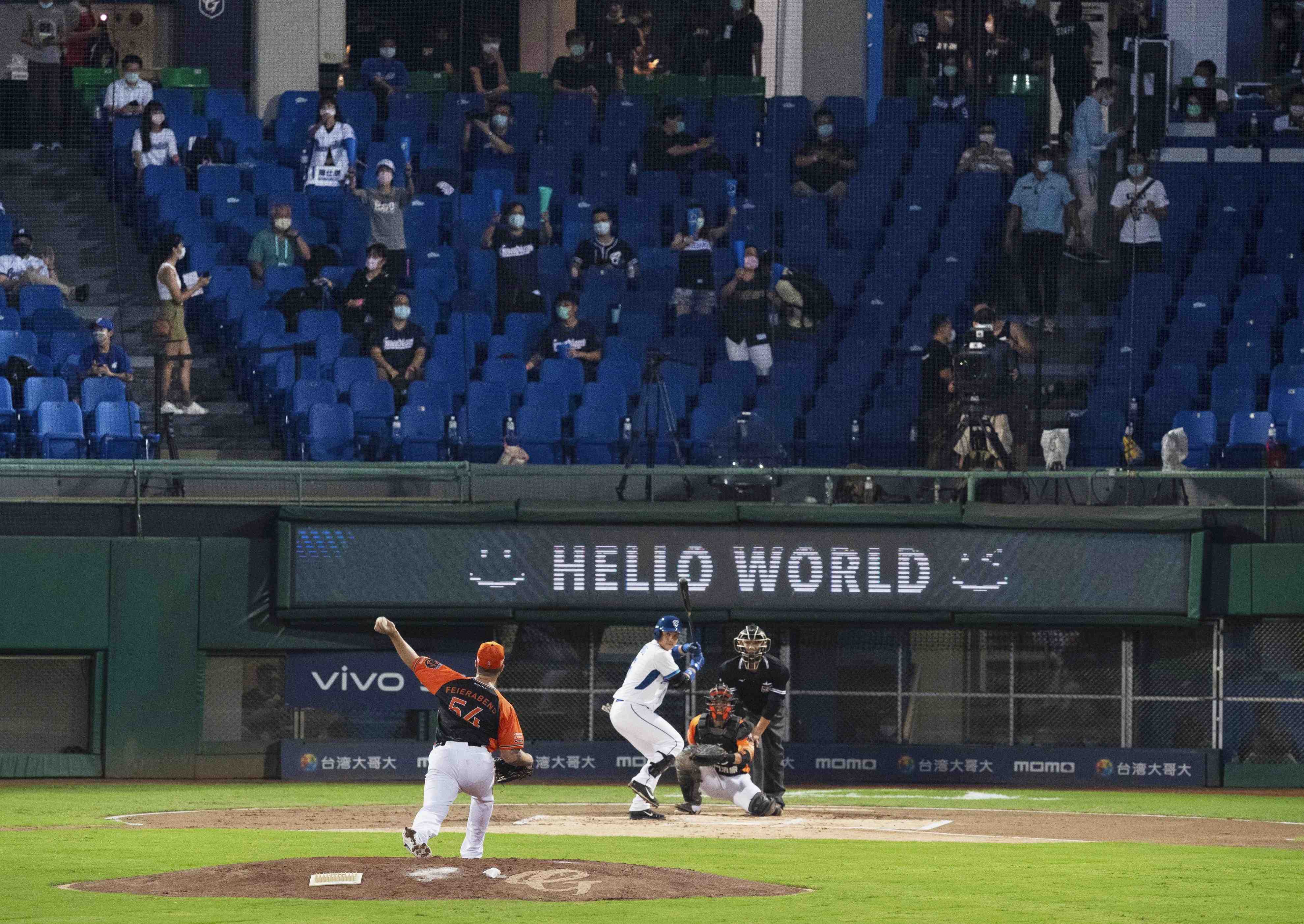 Having succeeded in curbing the number of confirmed COVID-19 cases and deaths in the country, Taiwan lifted its limits on large-scale gatherings, such as concerts and school graduation ceremonies, from June 7.

Further ahead in the game among countries that locked down due to the virus outbreak, Taiwan is moving forward with restoring social interactions. Most notably, the country’s pro baseball league was the first in the world to start the 2020 season on April 12.

Up until now, Taiwan’s league, the Chinese Professional Baseball League (CPBL), was not so prominent in the global pro baseball arena. But amid the worldwide coronavirus lockdown, the league quickly became the focus of attention when it opened to fans. Media coverage of the news was widely reported not only in countries such as Japan, the United States, and South Korea, where baseball is a prosperous sport, but also in places like Germany and England, where the sport is normally not among the main interests of the people.

According to a sports reporter at a major Taiwanese newspaper, those in the pro baseball industry were bracing for consequences when they decided to re-open the season. Although Taiwan still had confirmed COVID-19 cases on a daily basis when the season opened, a senior government official in charge of quarantine measures explained that they wanted to “encourage and give citizens hope and ebullience amid the lockdown.” Therefore, the government went into cautious talks with CPBL, considered various potential scenarios, and decided to start the games with zero spectators.

Detailed rules were put in place. Only team members were to be allowed inside the ballparks. The players are required to get their temperatures checked daily, and speaking to one another was limited to a minimum. If there is one confirmed case in the CPBL, the games will be put on hold.

While pro sports games in other Asian and Western countries have been halted, footage of Taiwanese baseball players playing lively games have been streaming online for the world to see. Since over a million viewers per country have been watching the games online, the Taiwanese government has been hiring English-speaking broadcasters in order to reinforce international transmissions.

In the U.S., where baseball has a great number of fans, watching a live broadcast of Taiwanese baseball games during breakfast has been termed “morning baseball.”

On April 17, Taiwanese President Tsai Ing-wen tweeted her gratitude to baseball fans around the world: “Hello to friends from all over the world! Thanks for staying up late or getting up early to cheer for the first hit with us in #Taiwan.” 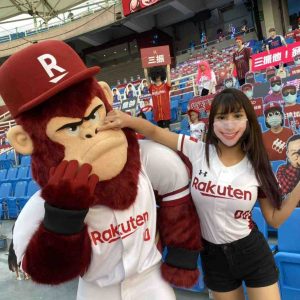 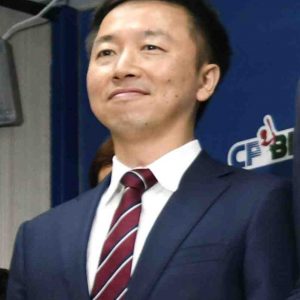 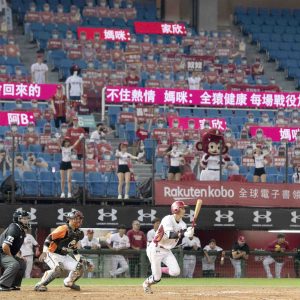 Among the Taiwanese pro baseball teams, the Rakuten Monkeys — who won their game on May 31, with 21 hits and 9 runs — are getting the attention  of local media. The team’s powerful batting line-up even has a nickname: the “violent monkey.” This season, the Monkeys got off to a very good start, with 19 wins and 13 losses (as of June 10) and remain at the top of the league.

Since Rakuten already owns a pro baseball team based in Japan’s Miyagi prefecture, the purchase brought attention to the company for being an international owner of two baseball teams in two leagues. However, the first season in Taiwan for Rakuten Monkeys was overshadowed by the coronavirus pandemic, as they were forced to start off the games in empty stadiums.

“It has been a valuable experience,” said Monkeys’ general manager Yoshinori Kawada, laughing.

Looking back on the past weeks, Kawada explained: “It’s sad not to see the fans present at the games. The team’s staff got together and worked hard to come up with various ideas so that the fans can enjoy the game through TV monitors, and the players can feel the support from their fans.”

To lift the spirit of the players and the games, around 500 “fake fans” made from cardboard cutouts, plastic mannequins, and a cheering squad made up of humanoid robots were set up in the bleachers. Coach Tseng Hao-chu said he pushed the players to play ball by “visualizing the fans cheering them on in front of their TVs.”

As coronavirus cases dwindled in Taiwan, the league has been playing games with fans back in the stadium.