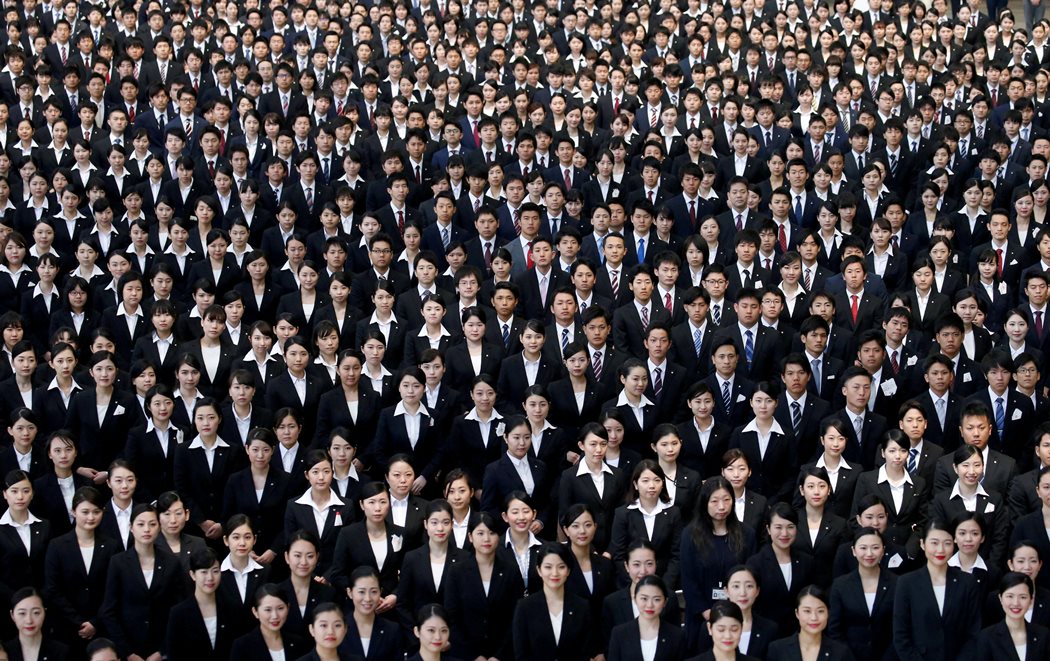 For the past six months, the national assembly has focused on the Moritomo/Kake educational institution approval issue. It is, however a small matter in terms of the national agenda. So why does the media continue to sensationalize it?

I believe there are two background points.

The first point is that Prime Minister Shinzo Abe is moving forward on the issue of Constitution reform this autumn. Leftist press, like the Asahi Shimbun and the Mainichi Shimbun, aim to crush that. They have no sense of journalistic objectivity or fairness.

It is strategic. Up until autumn, they will play up a negative image of the Abe Cabinet. Suitable actors for this amateur hour performance have already been gathered: the impudent Kagoike, and the earnest Maekawa, former vice minister of the Education Ministry. They will play the part of sacrificial victims of the Abe administration.

There are, of course, supporters cheering from the sidelines. For instance, on the last day of the Tokyo Metropolitan Assembly Election, when Prime Minister Abe was campaigning in the streets of Akihabara, he was met with jeering and chants of “Quit Abe!” This is a method that has long been employed by the Left. The leftist media continuously tell huge lies, labelling organized, intentional actions as “natural and spontaneous,” and will likely continue to damage Abe’s image. It can’t be stopped.

The second point is that, currently, the hopeful expectations people have held of the Abe administration are starting to feel somewhat misplaced. The first and second arrows fired by the Abe administration immediately after its promulgation were good. People felt positive and supported the government. However, the third arrow has fallen short of expectations. The reason being that since its aim was a national economic policy, requiring time to produce results, the direct benefits were not immediately felt by the average person.

As such, it has left people feeling disappointed with the Abe administration. The media have been very quick to pick up on that feeling, and ride that wave. The media has good intuition.

Important to Have an Incentive

However, the government is meant to be for the people. That’s a given. So, then, the Abe administration should now be desperately attempting to enhance its policies.

And how should the government do that? Well, looking back, the third arrow just didn’t offer the incentives of the first and the second. Thus, a fourth incentive-filled arrow should be fired. However, does such a new policy exist?

Yes, it does. I intend to discuss it now. But when I say that, people will most likely laugh. I am a scholar of classical Chinese studies, after all. The short explanation is that I am only a scholar of Chinese, with no connection to policy-informing political science or economics. Even without erudition (gaku), there is still amazement (gaku). The character for “amazement” (gaku) is comprised of “surprise” and “frankness of speech.”

There is also the proverb, “Even a fool may sometimes give good counsel.” In ancient China, there is the tale of General Han Xin, who endured humiliation and later became king. One of his men said, “Even the wise man will make one mistake, so even the fool can say something wise” (The Scribe’s Records). This is it. To date, I made seven amazing policy proposals, and yet not even one politician has responded. I was disappointed, but this time, for the sake of the Abe administration and our nation, I will propose one of those policies now.

Budget review—that is, cash—will be required to carry out the new policy. It is very difficult to raise funds legitimately through tax revenue increases. Having said that, if government bonds are issued, that is a debt, which incurs interest, and the repayment of which is an ongoing hardship. That is the current situation.

What about Issuing Government Bonds?

Changing our perspective, what if we issued a completely new type of government bond (Let’s call it the National Treasure Bonds)?

This is what we do:

(1) Repayment is after 100 years, with no interest during that time.

(2) National Treasure Bonds can be used as currency with a value of ¥10,000. Production method will  be the same as the ¥10,000 note, but with one gold line, to distinguish it from the present currency.

(4) Inheritance of bonds will be non-taxable, therefore tax-free.

These are the main features.

Investors fear inheritance tax. When inheritance time comes, if there were non-taxable bonds, then investors would definitely buy them. Moreover, after that, they would not withdraw the funds, since the cash had merely been moved from its current hiding spot to a National Bonds account. Therefore, withdrawals would be minimal and unlikely to result in inflation fueled by cash surplus.

For 100 years, during this period, currency would return to the Bank of Japan daily. However, since the bonds would most likely disappear if people were to keep prioritizing them, returning the initial payment would be unnecessary.

This is definitely not preferential treatment for investors. This will comfortably draw out their investment funds, while continuing to protect them. The huge amounts of money that would emerge (probably around 5 trillion JPY per year) could be given to the hard-working, lower-income earners—for example, subsidies for high rent prices in Tokyo, scholarships for excelling students, and so forth.

I wish that people would discern that most of us want politicians who can realize these kinds of inspirational policies. Even Confucius was grateful to his students for raising his awareness—“the enlightened who awakens Confucius.”

Nobuyuki Kaji is a professor emeritus of Osaka University and a Japanese philosophy educator. Born in 1936 at Osaka, he studied mainly Japanese and Chinese philosophy. Doctor of Philosophy at Tohoku University, Sendai City, Japan in 1982. He is an author of numerous number of books. Those publications are among his works; A Study of Chinese Logic History, 1983, Confucius, 1984, A Study of the Confucius Analects, 1984, A Study of the History of Japanese Philosophy, 1985.