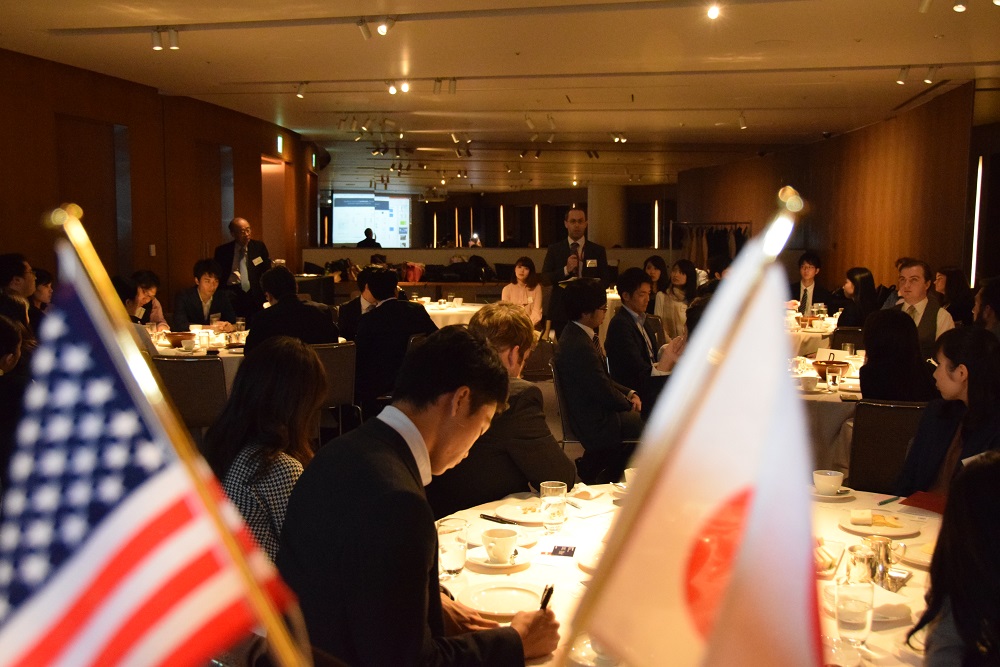 Takuya Kitagawa, managing executive officer and chief data officer, Rakuten Inc., will be the keynote speaker at the “Next Generation Roundtable in Tokyo” (NGRT) organized by America-Japan Society (AJS) on Wednesday, February 12.

Using his background at Rakuten, Mr. Kitagawa will lead discussions on how to increase happiness using technology.

The AJS hosts about 10 meetings a year, co-organized by Mori Building Co., Ltd. They provide a forum for young Japanese and American professionals (40 and younger) to exchange views and ideas in English about a broad range of issues, from business and economy to politics, diplomacy, and culture.

At its previous event, AJS welcomed Yutaka Arima, deputy assistant minister of the North American Affairs Bureau of Japan’s Ministry of Foreign Affairs, as the keynote speaker. He prompted a discussion of the security circumstances surrounding Japan and the Free and Open Indo-Pacific concept, the Japan-U.S. alliance, and the Japan-U.S. Trade Agreement.

AJS president Ambassador Ichiro Fujisaki said, “NGRT is a place for Japanese and American young professionals to hold discussions in the center of Tokyo. Please come and join us.”