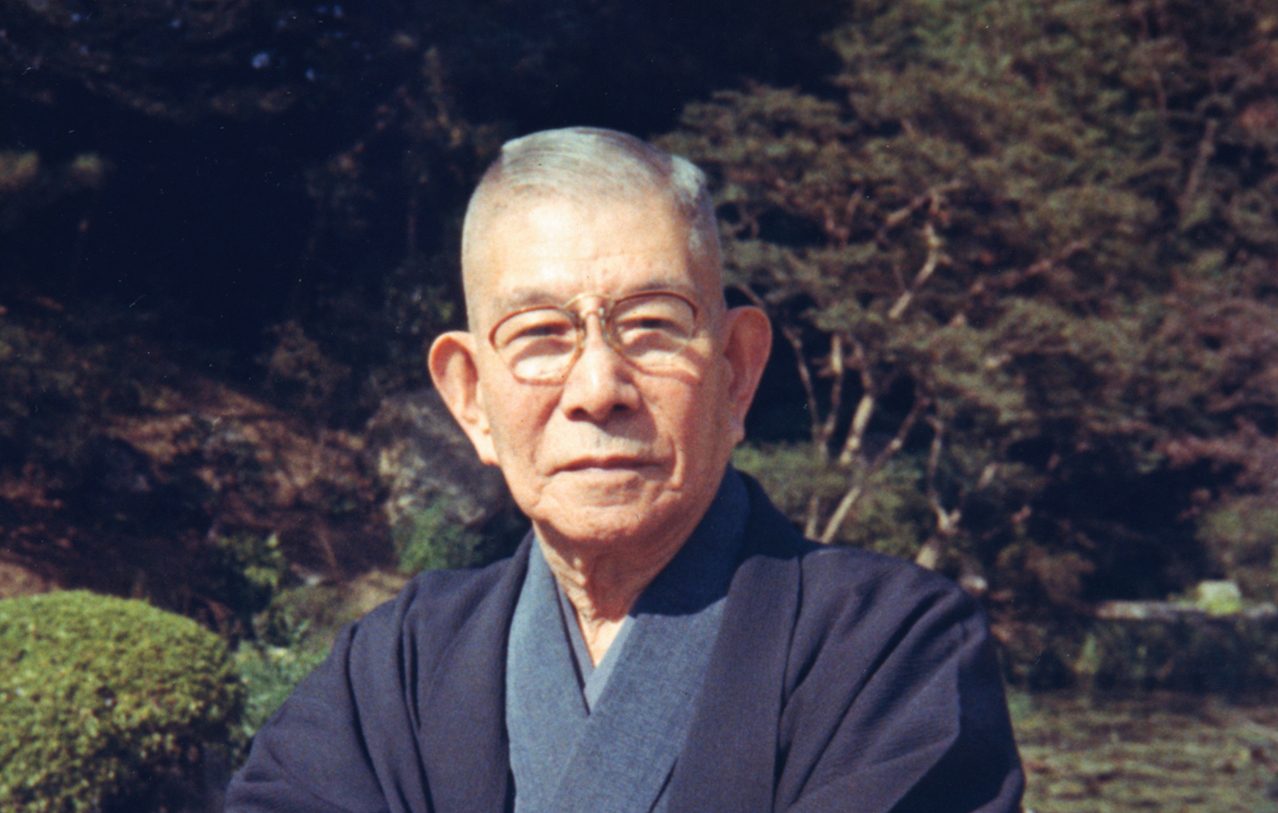 He took a steamship from Marseilles and along the way in Egypt, he met an Indian man who recognized his illness immediately and told him he could in fact get well.

On this date (December 1) some 52 years agoーin 1968ーone of the most influential figures in modern Japan died at the age of 92. A man of many talents including being a philosopher of sorts, Tempū Nakamura is credited with helping some of Japan’s most successful business leaders reach their full potential.

In more recent years, the philosophy of business leaders Matsushita and Inamori are studied almost religiously, but their origins about gratitude, positive spirit, dedication, commitment, and hard work are found in the teachings of Tempū Nakamura.

A martial artist, intelligence officer, medical doctor, and poly-linguist, Nakamura is known as the founder of Japanese yoga, having studied in his late 30s in India under the yogi Kaliappa a century ago to improve his health. Seeking a cure for a near-fatal struggle with tuberculosis, he eventually discovered that the mind has great influence over the body’s health and founded Shinshin Tōitsudō, or the “way of mind and body unification.”

After returning to Japan in 1913 he became president of the Tokyo Bank of Business and Savings and helped manage several enterprises. But in 1919 he decided to abandon his wealth and social position to found the Tōitsu Tetsui Gakkai, or Association for the Unification of Philosophy and Medical Research. He offered free instruction in the “Way of Mind and Body Unification” daily at Hibiya Park and Ueno Park (Tokyo). 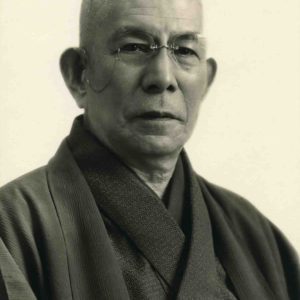 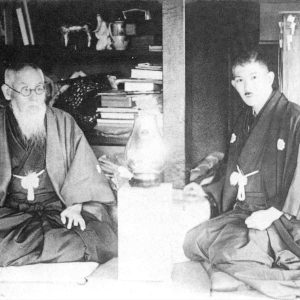 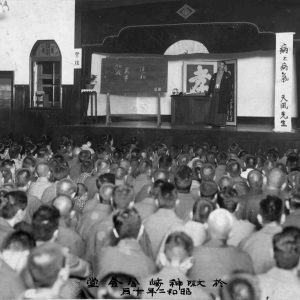 He subsequently attracted the attention of leading figures in Japanese society, eventually being introduced to Prime Minister Takashi Hara, who said that Nakamura should be teaching in a proper place and not in the streets. His movement grew rapidly from that point.

In 1923, Nakamura successfully handled a dispute involving the Korean Keinan Railway, and during the process met Makoto Saitō, another future prime minister, who was the governor of Korea at the time. As a result, Nakamura established a Korean branch of his association.

The following year, he established a chapter in Kansai. Over the next two decades, other branch offices were created throughout the country, and in 1940, the association was renamed the Tempū-Kai, or Tempū Society.

In 1925, one of his lectures, “Illness and Worrying About It (Yamai and Byōki),” was broadcast throughout Japan on radio by the Osaka Broadcast Station, shortly after the radio station was established. The talk was based on the knowledge he had gained in dealing with his own sickness, which had taken him to Columbia University and other medical institutes around the world looking for a cure. Ironically, he later discovered that the cure was already inside him.

Nakamura was born in Oji, Tokyo, in 1876, with the name Saburō. His mother was from Tokyo and his father was a senior government official in the Ministry of Finance. He had British neighbors growing up and learned English conversation from them, reaching near native pronunciation.

He would develop a flare for other languages as well. However, he was also quick to anger, and his parents sent him to Kyushu (his father being of the Yanagawa Clan from that area) at the age of 13 to board with someone who could discipline him.

He lived a spartan existence with Mitsuru Toyama, a Meiji Era-born nationalist. Thirty-four years old at the time, Tōyama was considered the leader of Genyōsha, or Black Ocean Society, which sought to resist Western Imperialism at home and abroad.

Nakamura came to revere Toyama, calling him sensei. The Indian sage he met later, Kaliappa, was the only other man to whom he gave such a title. 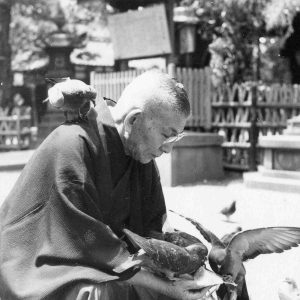 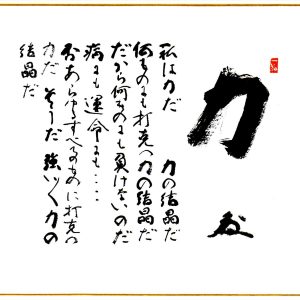 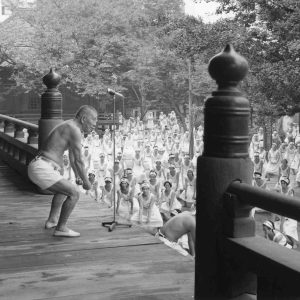 Nakamura was particularly good at jūdō which led to an incident in which he was nearly beaten to death by the members of an opposing team from another prefecture that lost earlier in the day.

Seeking revenge, he found the ringleader who pulled a knife on him. In the scuffle, the boy died. His mother correctly told police that Nakamura had acted in self-defense. Nevertheless, he was kicked out of school as well as the dōjō.

Shortly after this at the age of 17, Nakamura became an assistant to an Imperial Japanese Army captain, who served as an intelligence officer in northeastern China on the eve of the Sino-Japanese War. There he learned to speak Mandarin and several of the local dialects.

Sometime later in 1902, he was hired as an intelligence officer and given extensive training before being sent again to the mainland in 1904 during the Russo-Japanese War. Eventually captured, he was about to be executed when a subordinate found him and set off a grenade that killed or injured the members of the firing squad. The explosion caused later dizziness and vision problems for Nakamura. Nevertheless, he was one of the lucky ones. Only 9 people out of his group of 113 intelligence personnel members survived the war.

Upon returning to Japan in 1905, he was asked to join the Dai Nippon Flour Mill (currently the Nisshin Flour Mill).

The following year he learned he had a severe case of tuberculosis, for which there was no known cure. He began to study about how to treat it, a journey that would take him to the United States and Europe, where he discovered Western medicine and practices were insufficient. He left for the United States in 1909. Prepared to die, he decided in 1911 to return to Japan from Europe where he was staying.

He took a steamship from Marseilles and along the way in Egypt, he met an Indian man who recognized his illness immediately and told him he could in fact get well. Nakamura later learned he was a revered sage. He decided to go with Kaliappa, said to already be 140 years old at the time, to India and ended up spending the next two years in the Himalayas with him. His tuberculosis was cured, and he returned in good health to Japan, where he later began to teach.

Sometime after this, impressed with success, his early mentor, Tōyama, bestowed upon him the name Tempū, which means “Heaven’s Wind.”

Tempū ended up personally teaching over 100,000 people in yoga, meditation and other practices, including members of the Allied Occupation Forces. The Japanese government subsequently recognized the association as an educational foundation, granting it the appropriate status to carry on its work.

His philosophy continues to be taught today across Japan and abroad. Headquartered in Tokyo, it has chapters around the country. One classroom can be found Osaka, near Umeda Station, along the Hankyu Line (built, coincidentally, by Matsushita), which I visit every month for a discussion about the future of education in Japan. Out of the corner of my eye, I can see Tempū Sensei’s photograph, watching us it seems, as a respected mentor would do. 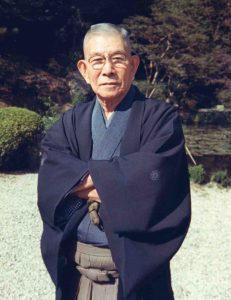 For more information on Tempū Nakamura, the organization founded to carry on his work in Japan can be found here.