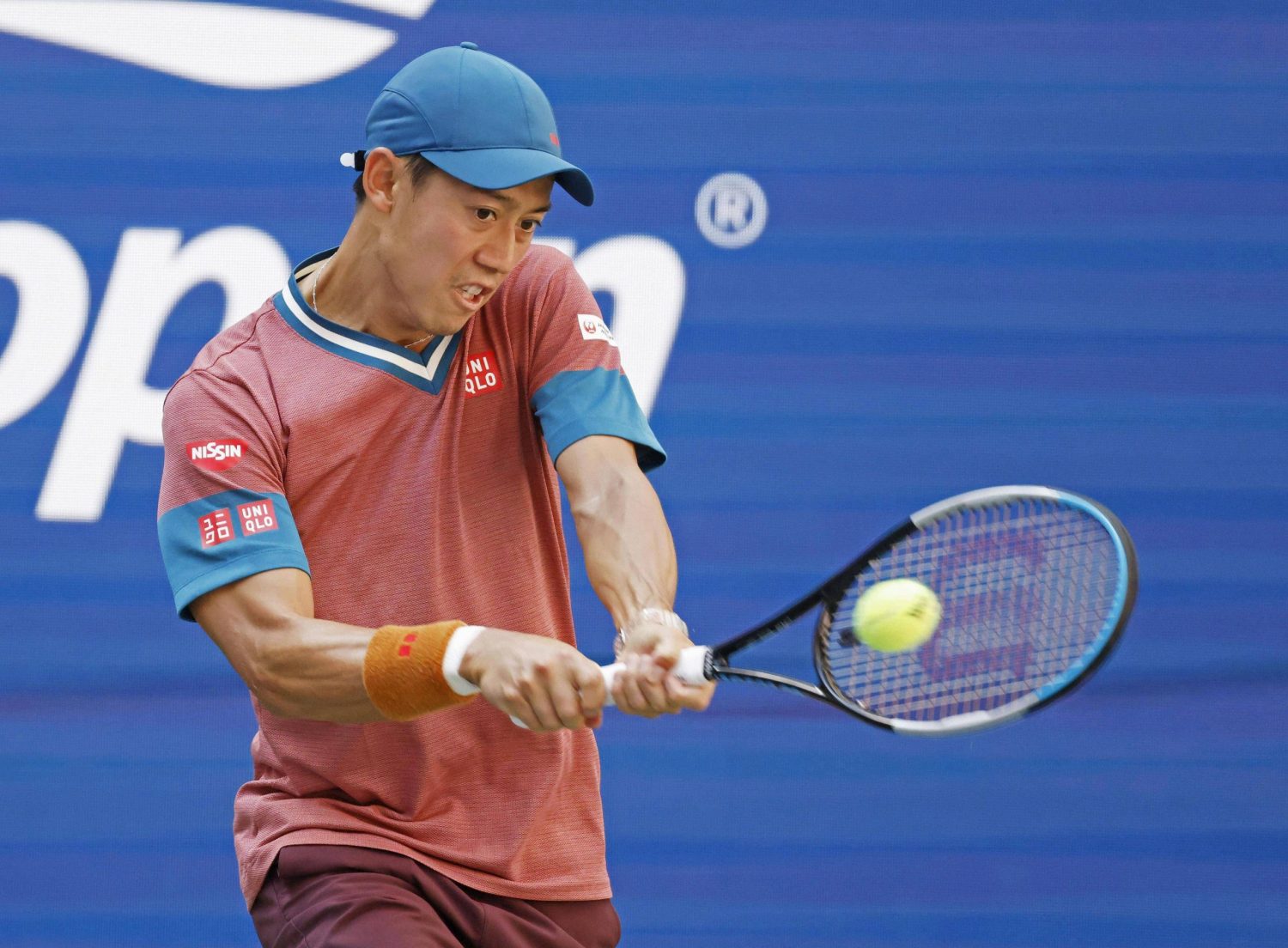 Kei Nishikori in a file photo from the 2021 US Open. (UPI/via KYODO)

Kei Nishikori’s comeback from surgery on his left hip has been delayed. As a result, he will skip the US Open, Nishikori’s management company confirmed on Monday, August 22.

The 32-year-old Nishikori underwent surgery in January and hasn’t played on the ATP Tour since then.

Nishikori had been scheduled to play in the Atlanta Open (July 24-August 1), Citi Open (July 30-August 7) and Winston-Salem Open (August 21-27), but he opted to skip all three events in the run-up to the US Open, which gets underway on August 29 in New York.

A former world No. 4, Nishikori is currently ranked 365th. He is not among the players on the US Open entry list.

Nishikori has been sidelined since participating in the BNP Paribas Open in Indian Wells, California, in October 2021, when he was eliminated in the second round by Daniel Evans.

The Shimane Prefecture native has received invitations from the San Diego Open (September 19-25) and Japan Rakuten Open (October 3-9), but the timetable of Nishikori’s return appears uncertain.

The longer he is inactive, however, raises speculation that retirement may be imminent.