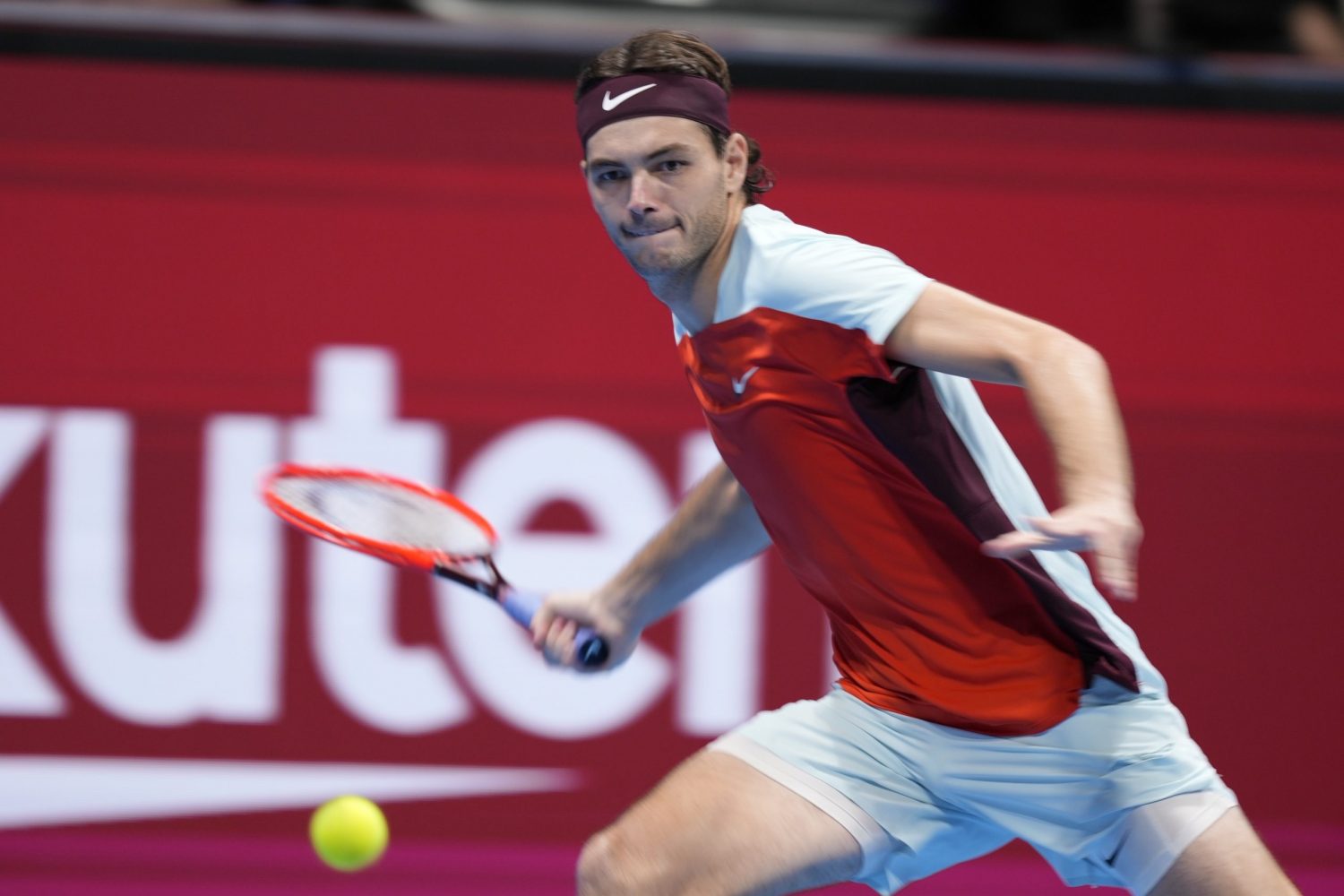 Taylor Fritz plays a shot to Frances Tiafoe in the men's singles final at the 2022 Rakuten Japan Open on October 9 at Ariake Colosseum. (Hiro Komae/AP)

World No. 11 Taylor Fritz and 19th-ranked Frances Tiafoe went all-out in pursuit of every point in just under 1 hour and 57 minutes of court time.

What's more, Fritz became the first American in more than a quarter century to win the tournament. Pete Sampras was the last American singles champion in the event in 1996, when he defeated Richey Reneberg 6-4, 7-5 for his 42nd career title.