The Chinese are Starting to Love ‘Things Japanese,’ and It’s a Good Thing 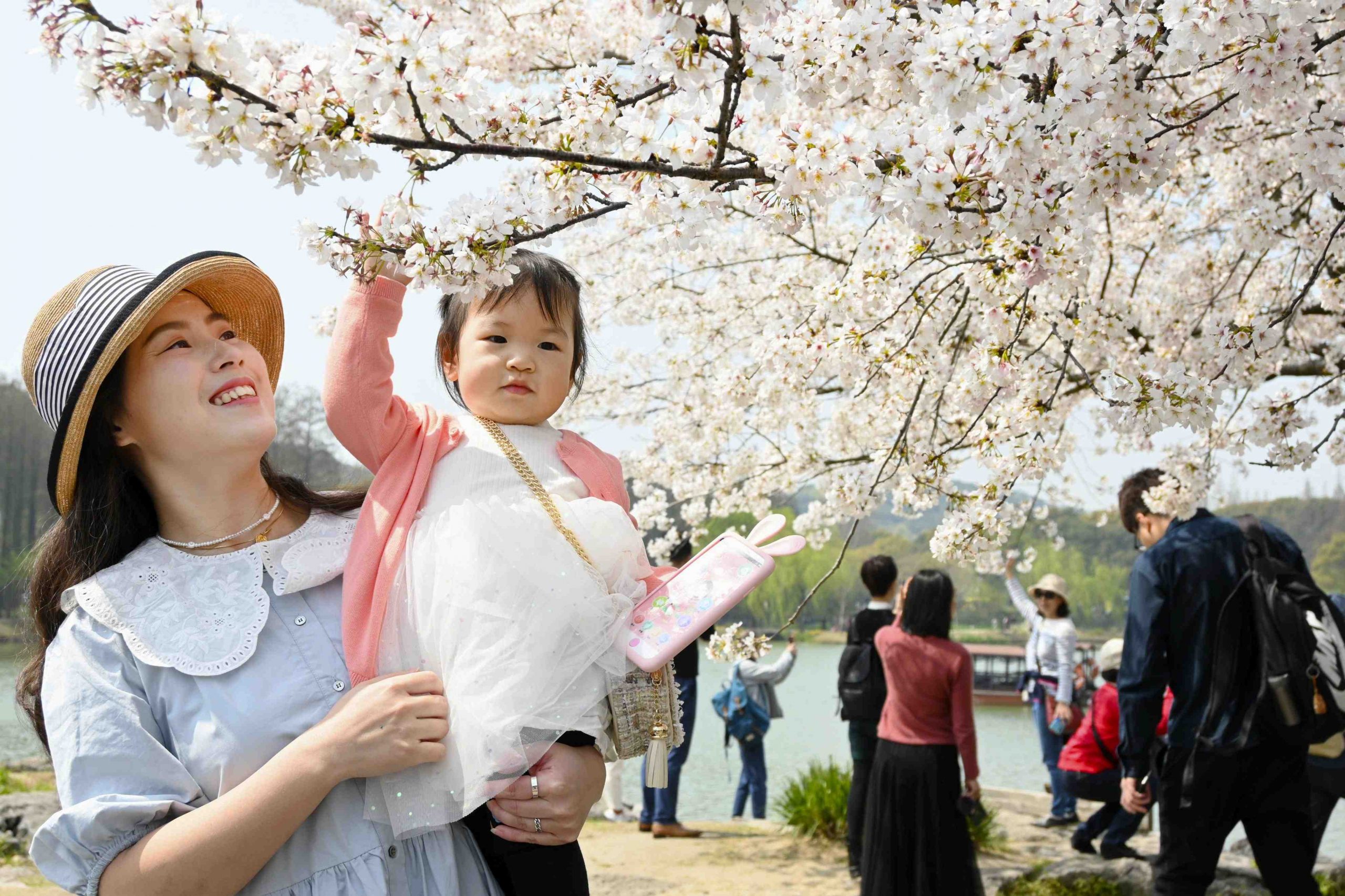 On March 12, the Shanghai Cherry Blossom Festival opened in Shanghai, China, and many residents visited the city’s Gucun Park to view the blossoms. The official Chinese Xinhua News Agency also reported on the event with photos. On its first Saturday and Sunday, about 200,000 people were said to have visited to see the blossoms.

When the Shanghai cherry blossom festival first started, it is said that varieties such as Kawazu sakura and Somei Yoshino were introduced from Japan and planted in the park. In 2019, before the COVID-19 pandemic, more than 1.65 million citizens participated, establishing it as a major event for Shanghai citizens.

There are many places in China that have become famous for cherry blossoms. Those on the Wuhan University campus are the most celebrated, but other well-known spots for cherry blossom viewing include Yuyuantan in Beijing, the shores of Lake Genbu in Nanjing, Lake Taihu in Wuxi, and Taiziwan Park in Hangzhou.

In China, the flowers representing spring are peaches and plums, so the country has not had much of a tradition of enjoying cherry blossoms. However, in recent decades, cherry trees have been planted here and there under the influence of Japan, and many Chinese have come to enjoy viewing cherry blossoms like the Japanese.

It’s not just cherry blossom viewing that the Chinese are imitating. In recent years, “Nihon machi” (Japan town), similar to Japanese shopping districts and downtown areas, have been sprouting up all over the country. One example is the old street called Huaihai Street in Suzhou that has been transformed unexpectedly into a “Japanese town” lined with shops with Japanese signboards

In Foshan City in Guangdong Province, a town called First Avenue — modeled on Kabukicho, a famous nightlife district in Tokyo’s Shinjuku neighborhood — was reproduced from scratch. A shopping area inspired by Ninenzaka and Sannenzaka, the main roads that lead to the well-known Kiyomizu Temple in Kyoto has been promoted in Dalian, in China’s Liaoning Province.

These movements are an indication of the growing interest in Japanese lifestyle and culture.

In the 1980s, in the early stages of China’s economic reform, Japanese popular culture such as movies, animé, and pop music gained favor among Chinese people, but at the time it was just a longing for something “foreign.” But, now, although many Chinese compartmentalize, they are trying to incorporate Japanese culture into their world as their own.

For the majority of Chinese, “things Japanese” might be very attractive, but at the same time, they are probably making the Chinese people recall the cultural scent of “good old China” that they have lost.

Just as the Japanese assimilated many cultural elements from China since the Asuka period (592-710A.D.), Chinese people today are trying to incorporate culture from Japan. Such a phenomenon is very interesting in the history of Japan-China cultural exchange.

It is a welcome trend that many Chinese yearn for “things Japanese.”

It is good that the essence of Japanese culture, which embodies the values of harmony with people, hospitality, and a perspective on the natural world that values coexistence with nature, spreads not only in China, but all over the world. It is Japan’s contribution to global society.

ABOUT THE AUTHOR:
Advertisement

Seki Hei, PhD, was born in Sichuan Province, China, in 1962. He graduated from Peking University’s School of Philosophy, then came to Japan in 1988 and completed a doctoral program at Kobe University’s Graduate School of Intercultural Studies. After working at a private research institute, he began working as an analyst and critic. He has written many books, including The China of Conspirators (PHP Publishing, 2009). He became a Japanese citizen  in 2007.

(Find access to the special Sankei Shimbun article in Japanese at this link.)