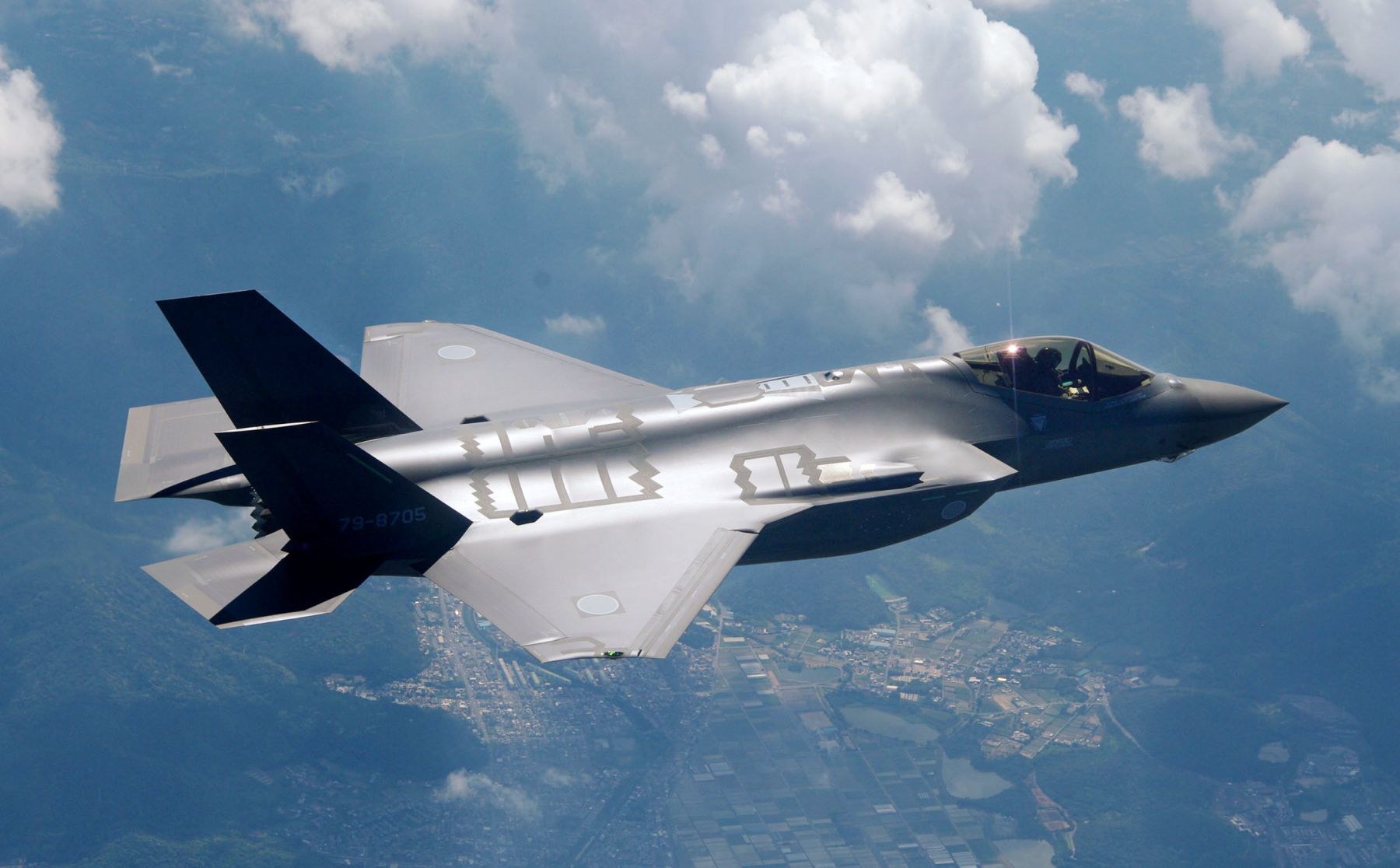 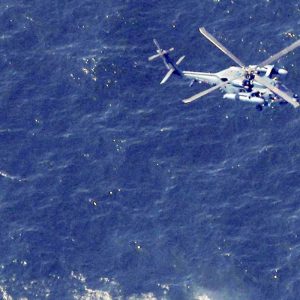 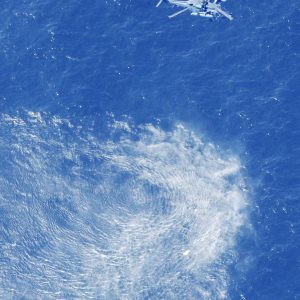 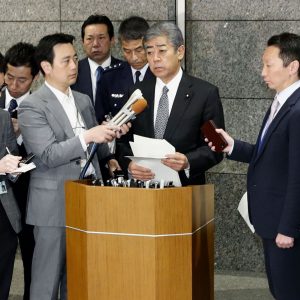 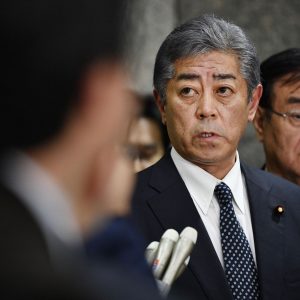 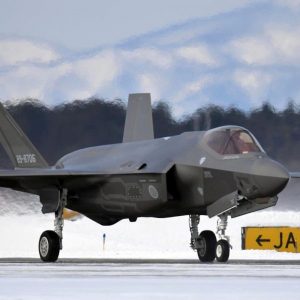 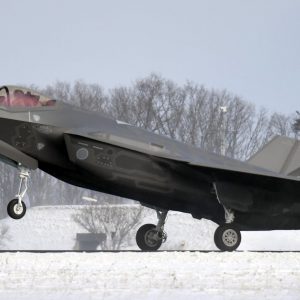 Speculations over the crash of an F-35A stealth fighter jet belonging to the Japan Air Self-Defense Force (JASDF) on April 9 have been feverish and rampant. Military experts are trying to figure out what went wrong with the world’s most state-of-the-art fifth-generation stealth fighter.

Was the crash caused by a mechanical problem with the cutting-edge aircraft? Or was it due to human error on the part of the pilot or ground crew?

Regardless the cause, the event marks the first crash of an operational F-35A Lightning II Joint Strike Fighter jet in the world, bringing worldwide attention.

According to Lockheed Martin, manufacturer of the aircraft, more than 380 F-35s have been delivered globally to date, and the current program of record calls for more than 3,000 aircraft.

The F-35A crash took place during a night combat training mission on April 9.

The aircraft, which belongs to the JASDF’s 302nd Tactical Fighter Squadron of the 3rd Air Wing, took off from Misawa Air Base in Aomori Prefecture at 6:59 P.M. (Tokyo time) for an air-to-air combat exercise with three other F-35As, according to the JASDF.

Then, at 7:26 P.M., the now-missing pilot, Maj. Akinori Hosomi, 41, signaled to the other three other pilots that he would abort the drill by calling “knock it off” over the radio. A minute later, the single-seat jet disappeared from radar screens, about 135 km east of Misawa Air Base. Hosomi was the formation leader of the four F-35As in the exercise.

Japanese Defense Minister Takeshi Iwaya told reporters on April 10 that the JASDF had grounded its remaining 12 F-35As at Misawa Air Base for the time being. The decision came after the Japanese Ministry of Defense (MoD) concluded that the jet had crashed into the west Pacific Ocean off Aomori Prefecture in northern Japan, citing wreckage from its tail being found in the sea.

The lost jet was equipped with an emergency ejection system. But the pilot’s emergency transmitter beacon didn’t begin going off over the radio, meaning the pilot couldn’t eject from the cockpit with a parachute.

To determine the cause of the accident, the MoD’s Air Staff Office established an investigative committee immediately after the crash. The committee has been looking into the case ever since to prevent a similar incident.

There are at least three potential causes of the accident.

First, the pilot may have experienced vertigo during the drill by losing location and situational awareness, which led to loss of control of the aircraft itself. It is true that the pilot was a veteran with about 3,200 hours of flight time, including 60 hours on the conventional take-off and landing (CTOL) of the F-35A, but we know even veteran pilots can experience such vertigo in rare cases.

Second, there could have been a mechanical problem with the aircraft, such as an engine problem, just as there have been in the United States in the past. For example, in June 2014, an F-35A’s Pratt & Whitney F135 turbofan engine caught on fire during takeoff at Eglin Air Force Base in Florida.

In addition, in September 2016, another F-35A suffered an engine fire during surface-to-air training at an Air Force base in Idaho. In both cases, the Pentagon grounded the entire Lockheed Martin F-35 Lightning II fleet temporally, including F-35Bs and F-35Cs.

Third, there might have been a problem in the lost jet’s on-board oxygen generation system. From May to August 2017, six events occurred where pilots reported physiological symptoms of oxygen deprivation, according to a report published by the U.S. Government Accountability Office (GAO) in June 2018.

In this report, the GAO pointed out the F-35 program had 966 open deficiencies as of January 2018. Many software bugs have plagued the program of the F-35, which is an unprecedented high-tech fighter with advanced sensors.

The crashed aircraft was the first assembled by Mitsubishi Heavy Industries (MHI) at its Final Assembly and Check Out (FACO) facility of the Komaki South Plant in Aichi Prefecture, central Japan. It made two emergency landings in 2017 and 2018 due to mechanical problems, such as in the jet’s cooling system.

Although the incident marks the first time an operational F-35A has crashed, a U.S. Marine Corps short take-off and vertical landing F-35B crashed in South Carolina in September 2018. The reason for that incident has yet to be disclosed.

Japan’s deployment of F-35As at Misawa Air Base began in January of 2018, with the JASDF standing up its first operational F-35A squadron on March 26 to replace ageing, third-generation Mitsubishi-McDonnell Douglas F-4EJ Kai fighters.

The F-35A crash has come as a big shock for the MoD and the JASDF, which have been increasingly relying on F-35s as Japan’s future mainstay fighter.

According to the MoD’s 2018 Defense White Paper, as of March 2018 the JASDF had four F-35As, two hundred and one F-15J/DJs, ninety-two F-2A/Bs, and fifty-two F-4EJ jets — although the latter have been in use since the Vietnam War and all of them are scheduled to retire during the fiscal year 2020.

In December 2018, Japan approved the purchase of 105 additional F-35s from the U.S. — that is, sixty-three F-35As and forty-two F-35Bs — for a total cost of more than ￥1.2 trillion JPY, with the goal of deploying one hundred forty-seven F-35s in total in Japan in the end. Each of these F-35As cost about ￥14 billion JPY.

Looking ahead, Japan is expected to field F-35A, F-35B, and “F-3” fighters, replacing F-15s and F-2s during the latter 2030s. This heavy reliance on the F-35 means that most JASDF fighters would be temporarily grounded once an accident or safety-related issue surrounding F-35s occurs.

In 2007 all of Japan’s F-15 and F-2 fighters were temporarily grounded, leaving only ageing F-4s to protect the country’s air space. For Tokyo, a recurrence of this sort of incident must be avoided with certainty.