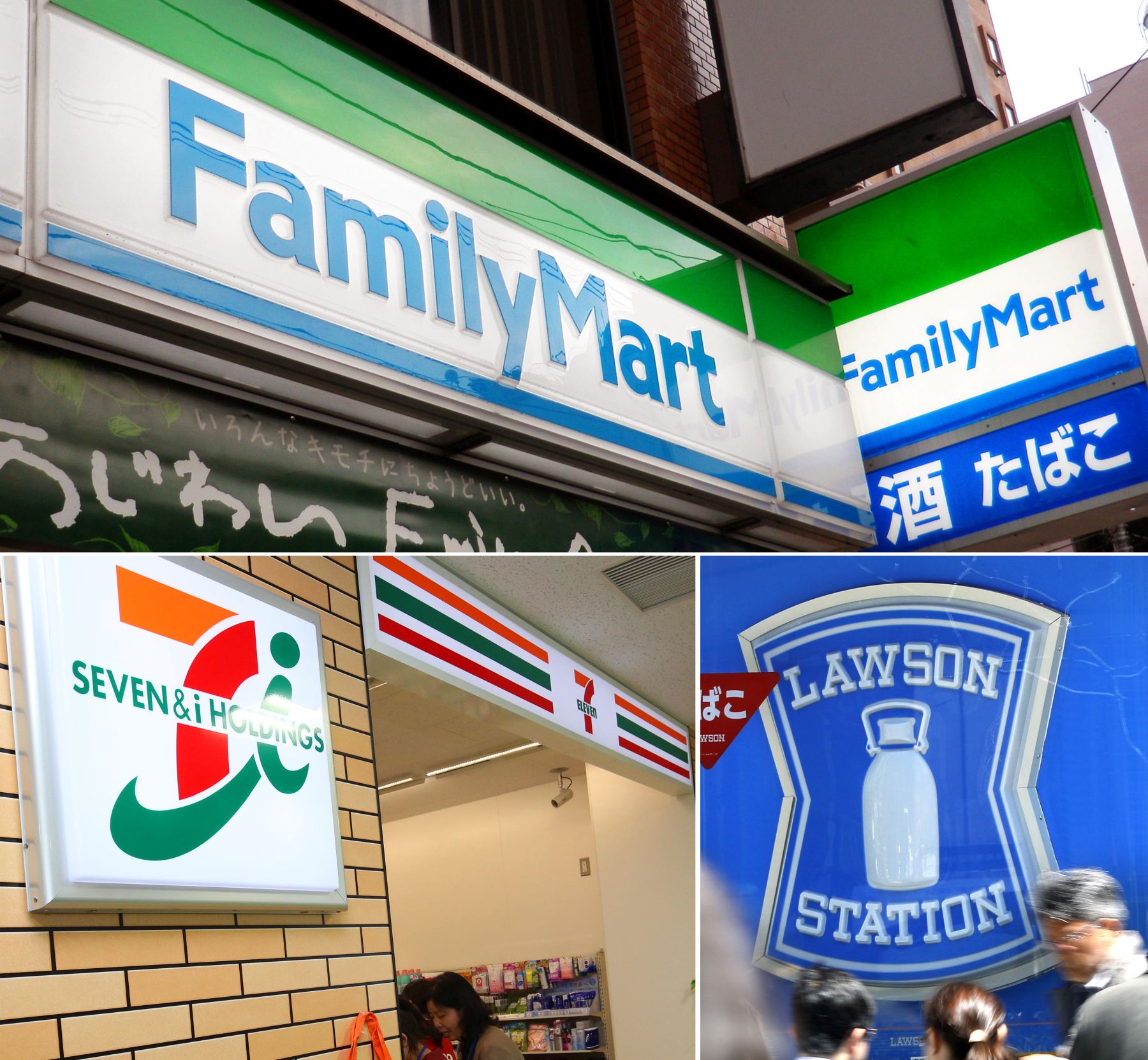 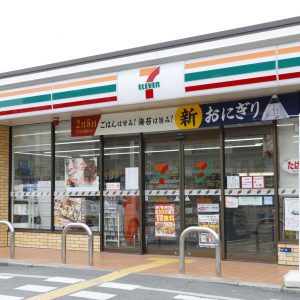 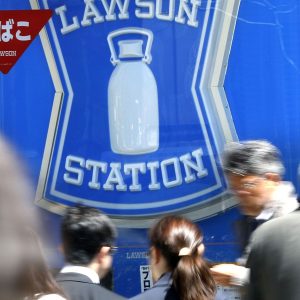 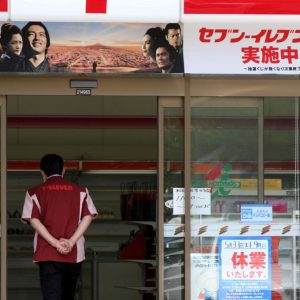 When Sayaka Murata’s Convenience Store Woman came out in English in 2018, it was an immediate hit, selling over 650,000 copies and winning the prestigious Akutagawa Prize.

Although Japanese writers such as Haruki Murakami and the British-Japanese writer Kazuo Ishiguro have steadily gained popularity in the West, contemporary Japanese literature remains rare in the English-speaking world. Besides the language barrier, one of the main reasons for this is the cultural difference. As such, translated works offer a fascinating insight into a society which is often very different from our own.

I first heard about the English version of Convenience Store Woman (Grove Press, 2018) translated by Ginny Tapley Takemori, but on reading the Japanese version what struck me before I had even turned the first page was the difference in title. The Japanese title is more accurately translated as “Convenience Store Human,” which got me wondering why Western readers were so fixated on the protagonist’s femininity.

Through its portrayal of Keiko and those around her, Convenience Store Woman depicts several issues facing Japanese society today: the pressure to conform, labor shortages, and a decreasing marriage rate, coupled with the growing number of unmarried singletons. But what I found so captivating about this novel was not the protagonist’s strange personality or the society it portrays, but its focus on a perspective which, until now, has gone unnoticed: the other side of the combini counter.

For anyone who has ever been to Japan, combinis are a familiar sight found on nearly every street corner. This is not surprising, given that there are over 50,000 of them across the country. Selling everything from daily necessities to services such as printing, combinis are thought to be a modern-day version of the yorozuya (a “store which sells everything”).

Many of us living in Japan are regular combini customers, but how many of us have ever considered what it would be like to work there? This is exactly the question Convenience Store Woman explores.

Readers of Murata’s novel are drawn into Convenience Store Woman’s combini world from the first word. Told from the point of view of a customer stepping foot in the store, the novel surrounds us with the familiar sights, sounds, and smells of a place we know all too well.

Reading the writer’s descriptions of bright lights, shiny packaging, door chimes, and cheery greetings of “Irasshaimase!” (“Welcome!”), I realized just how central convenience stores are to modern-day Japan. Although we never really stop to think about them, there is a familiar charm and warmth to Japan’s convenience stores that many of us would be lost without in daily life.

An Insider’s View of Japanese Society

Although a fictional tale, Convenience Store Woman has its feet firmly placed in the real world in terms of the social issues it tackles.

It is a well-known fact that Japan is facing a critical labor shortage, and convenience stores have been the first to suffer, with Family Mart among the first of the big chains announcing plans to end 24-hour operation.

Similarly, Convenience Store Woman’s combini is facing a serious labor shortage, so Keiko or her manager often have to work extra shifts to make up the numbers. The writer Murata would know, being a part-time convenience store worker herself, just like her protagonist. The novel even features a foreign shop worker, a microcosmic reflection of an increasing trend which adds a further layer of realism to the tale.

The society that is portrayed in Convenience Store Woman centers around marriage and finding a partner, raising another social issue in Japanese society. Japan’s declining childbirth rates are thought to be closely connected with falling marriage rates: according to a recent survey carried out by NHK Broadcasting Research, a record 68% of Japanese people view marriage as “not necessary.” However, social pressures to get married and have children persist, especially for women.

This is apparent in Convenience Store Woman, where those around Keiko seem to express one universal opinion, which is that finding a stable full-time job, getting married, and having children are the only ways to social success. Murata’s protagonist experiences this to the extreme. Everyone is so happy at the prospect of Keiko finding herself a partner that no one, not even her boss, questions her decision to suddenly quit a job she has worked for her whole life.

In fact, social consciousness in Murata’s society is so singular that it doesn’t just reject dokushinsha like Keiko, but also social misfits. Convenience Store Woman forces us to question what is “normal” in society: everyone thinks that way, therefore it must be right. But is it?

Social misfits in Murata’s world are those who do not fit the mold of “normality,” and, being nails that stick out, they must be hammered back in. Thus, Keiko’s violent tendencies in her childhood are enough to alarm her parents and alienate her from society.

However, it is not just Keiko who receives a bashing from society, but also her mismatched partner, Shirahara. He is portrayed almost inhumanely, described by Keiko as her pet whom she feeds “animal food” at feeding time. The novel’s unsettling silence on issues such as these makes us question what defines or should define “normal” in society.

In the West we sometimes have a tendency to dismiss these as aspects of “weird Japan,” so I appreciated Convenience Store Woman’s insider’s view to help us better understand the situation of people like Keiko.

Convenience Store Woman has arguably had more success in the West. Few of my Japanese friends have heard of Combini Ningen (the Japanese title), despite over a million copies being sold domestically. Indeed, several Western critics have picked up on this Western interest and given Convenience Store Woman a feminist reading — admittedly much easier to do given the English title.

They argue that despite Keiko’s efforts to conform to societal norms, her inability to do so reflects feminist rebellion against social pressures to conform to the female ideal. “For what is a young woman worth if she has neither professional ambition nor a desire to get married?” was Marie-France’s sarcastic comment, a view which is often challenged in the West but less so in the Oriental East.

However, this question should remain rhetorical, as Murata deliberately leaves her feminist views unsaid. While Keiko’s friends and associates strongly encourage her to find a partner and get married, some frown upon the idea of her having children because, as an unambitious adult working a dead-end job, she is of no use to society anyway.

Convenience Store Women’s portrayal of an “incomplete” female raises a very real issue in Japanese society, and I believe it is no coincidence that, in recognition of this, Sayaka Murata was named Woman of the Year by Vogue Japan in 2016.

A review written by the New York Times describes Convenience Store Woman  as “a love story…about a misfit and a store.” And, in many ways it is true.

The lack of chemistry between Keiko and her fake partner Shirahara contrasts starkly with her genuine loyalty and affection for her combini. There, she works to full energy levels during the day, and when she goes home after work the sounds of the convenience store are still ringing in her ears. She consciously sleeps, eats, and lives for her convenience store. Her dedication is so strong that, without the job, she feels demotivated and her life has no meaning.

In the combini, chorei (morning briefing) always ends with chants of “Irasshaimase!” and “Arigatou gozaimasu!” from employees. One day, a new member of the staff commented, “What is this, a religious cult?” Keiko is not at all surprised to hear this, because her job is voluntarily all-consuming.

Although it seems rather unusual to describe a simple part-time job in this way, Keiko’s obsessive work ethic is reflective of the traditional Japanese workplace where zangyo (overwork), meticulous attention to detail, and perfect teamwork are highly valued. A job is not just a job, but an employee’s life.

And things are no different in Keiko’s mind. Like the Western concept of a work/life balance, the balance between the novel’s modernism and traditional consciousness was rather refreshing.

So, is Convenience Store Woman simply a weird love story about a social misfit? An insider’s view on life in the combini?

Above all, I would argue that the novel is much more than an unusual love story. While holding up a mirror to society, Convenience Store Woman portrays one woman’s obsession with a very modern phenomenon.