The First-ever In-Person Quad Leaders Meeting: What did it Achieve? 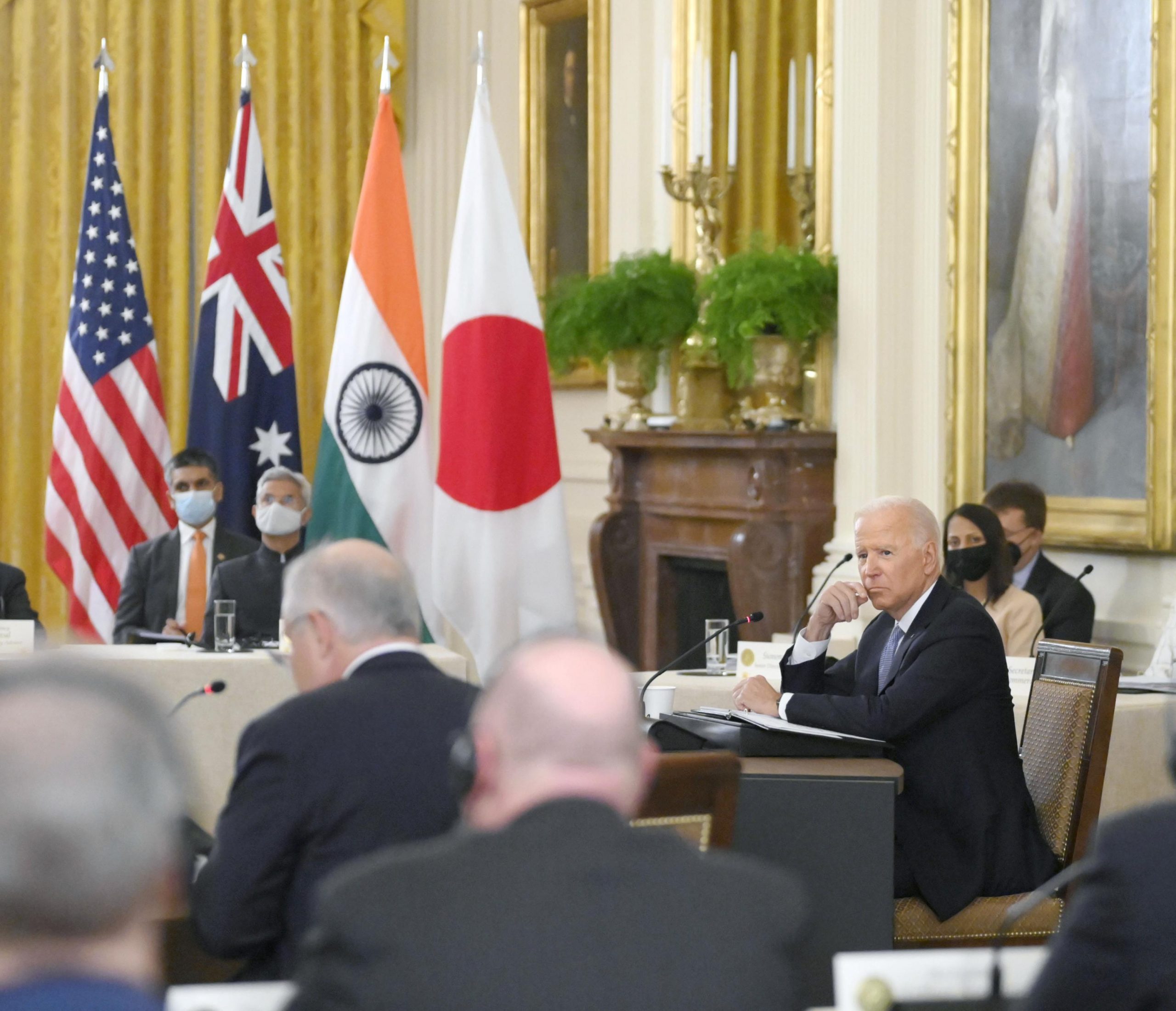 The recently held first in-person meeting of the heads of state of the Quad nations is a major step forward in the ties between these countries, India, Japan, United States and Australia. The Quad, officially called the Quadrilateral Security Dialogue, has progressed by leaps and bounds ever since it was resuscitated on the sidelines of an ASEAN Regional Forum (ARF) meeting in Manila in 2017.

The Quad had initially been set up in May 2007. However, in a classic case of the baby being thrown out with the bathwater, it failed to take off. Since then, the ties between these nations and China have come full circle.

The United States has been aggressive in defending against China since the term of former President Donald Trump. While things have slightly cooled down under the new Biden Administration, the same has not been the case in China’s ties with countries like Japan, Australia and India.

Indian and Chinese forces were involved in a deadly clash in the Galwan heights last year, which resulted in the first casualties between the two sides since 1975. New Delhi has an advantage over China in the maritime realm since China’s SLOCs (sea lanes of communication) pass through the Indian Ocean. Hence the Quad is very important for India.

The relations between Australia and China have also worsened. And those between Japan and China have seen a progressive decline since last year, when President Xi Jinping was supposed to visit Japan. That visit never happened because of the pandemic. At the same time, Chinese naval vessels and Chinese maritime militia have been regularly harassing Japan.

There are several challenges before the Quad now.

First, there are some questions with regards to U.S. involvement in the region, particularly after the pullout of American forces from Afghanistan.

Second, the Quad is not a military grouping. At some time in the future, however, it may need military teeth, particularly in the light of the common challenges these countries face.

Third, all four Quad members are democratic countries, and as such they face elections after a stipulated period of time. However, if the ruling dispensation changes in these countries, policy regional perspectives could change. This is not true in the case of autocratic countries like China.

Fourth, in its September 24, 2021 joint statement, the Quad leaders avoided making specific mention of China. This goes to show the amount of regional reticence vis-à-vis China. There are some reasons for this. Among them, both the U.S. and Japan need China’s cooperation with respect to the North Korean issue. In addition, all four countries have a robust economic relationship with China.

Fifth, another danger is the risk to the Quad’s relevance from the developing trilateral security relationship among the AUKUS (Australia, United Kingdom, United States) members.

This time, the Joint Statement from Quad Leaders addressed a number of important issues to all four nations.

On the issue of rule of law in the region, the leaders said: “together, we recommit to promoting the free, open, rules-based order, rooted in international law and undaunted by coercion, to bolster security and prosperity in the Indo-Pacific and beyond”.

The COVID-19 pandemic was also highlighted by the Quad leaders, who “pledged to donate more than 1.2 billion doses globally of safe and effective COVID-19 vaccines.”

It is also good to see the Quad moving onto new areas, like climate change.

In addition, the Chinese-led Belt and Road Initiative (BRI) is a big concern. Countering the debt diplomacy of Beijing’s global economic program, the U.S. has already launched the Build Back Better World (B3W) Partnership “to help meet the tremendous infrastructure need in low- and middle-income countries”.

Moreover, the Quad leaders, recognizing the need to counter China’s expansionist tendencies in the field of infrastructure, announced the launch of a “new Quad infrastructure partnership.”

However, it is quite clear that the Quad needs some heavy lifting at the top for it to move to the next level.

Preserving the Peace in the Indo-Pacific

It also remains to be seen how the Quad will behave in case a major threat emerges to the security of any one of these partners. What will be the response?

The Quad has already ruffled feathers in China. The state-backed Global Times in China in an editorial made the accusation that “the Quad mechanism is engaged in splitting the region and inciting various forces to oppose China.”

With a new prime minister taking over in Japan, it will be interesting to see if PM Fumio Kishida takes a different stance when it comes to the Quad.

Already we have seen that China is taking a belligerent stance when it comes to issues like Taiwan. The last couple of days have seen repeated violations of Taiwan’s ADIZ by Chinese aircraft.

Besides, as we have seen right from the time of the former U.S. President Donald Trump, the United States has been more than preoccupied with domestic issues, which has taken away quite a bit of Washington, D.C.’s focus from foreign policy issues.

In the end, however, the most important takeaway from this in-person Quad meeting is that the top leaders got to meet each personally in a common forum and take the opportunity to thrash out solutions to common problems.

The former Japanese Prime Minister Shinzo Abe had presciently noted way back in 2007 that “the Pacific and the Indian Oceans are now bringing about a dynamic coupling as seas of freedom and of prosperity”.

His words ring true now. The Quad is certainly an idea whose time has come.

Dr Rupakjyoti Borah is a Senior Research Fellow with the Japan Forum for Strategic Studies. The views expressed here are personal. Twitter @rupakj