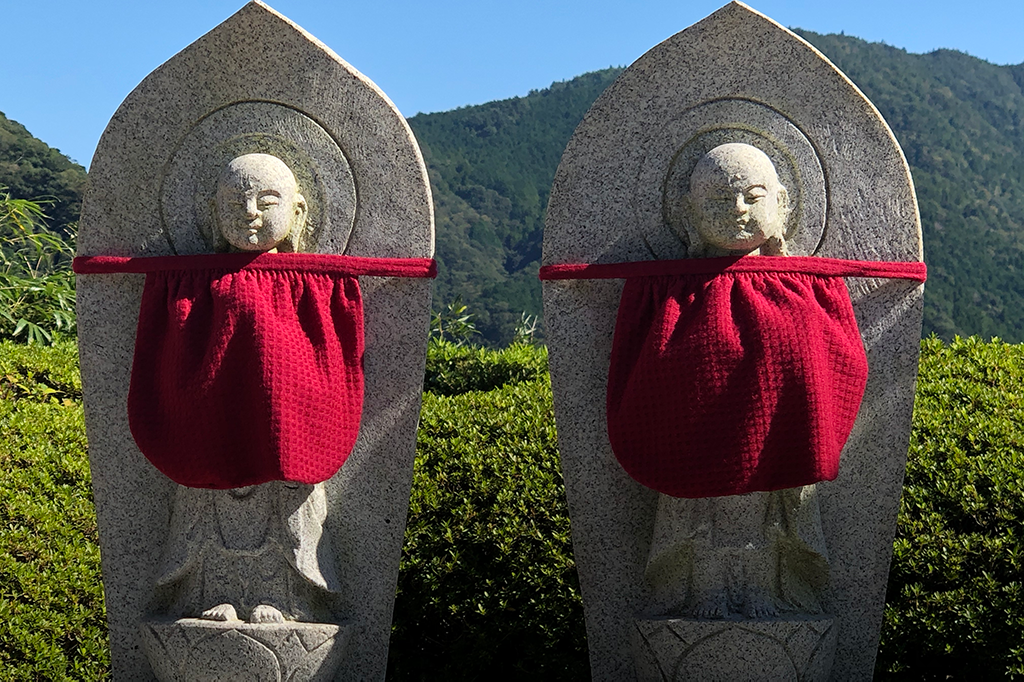 As you journey across the Japanese countryside, riding the rails or walking the forest paths, there are a few things you’re likely to see time and again. One is the iconic torii, a red-painted wood or stone gate which marks the entrance to sacred Shinto ground. The other is the jizō, a stone statue of Buddhist origin which offers safety and protection to those travelling. The Jizō statue’s mythology runs deep in Japan and travellers appreciate his protection.

Japan has a complex and fascinating relationship with religion and theology. While none of the Abrahamic religions have captured Japan, the nation is still a spiritual place. Shinto is the religion native to Japan, but Buddhism is just as prevalent. Monks from China and Korea introduced Buddhism to Japan in the 6th century. This is why iconography from both Shinto and Buddhism is equally prevalent in Japan to this day. And one of those pieces of iconography is the Jizō statue. But what is Jizō, and what is his story?

Origins of the Jizō Statue

Much like Buddhism itself, we can trace the story of the Japanese Jizō back to Tibet and India via China. Jizō’s Sanskrit name being Kṣitigarbha, many assume that his origins are to be found India. However, some scholars argue that his story began in China, since the oldest Jizō texts were written in Chinese, and no historian has ever found the original Sanskrit texts. Regardless, Jizō has remained a popular piece of iconography in Japan, as well as an invaluable aspect of Buddhist tradition.

(You can read the rest of the article at this link. This article was first published by Team JJ on May 20, 2020. Check here for deeper and unique insights into visiting Japan, including wellness, travel, cuisine and more. Find us on Instagram and on Facebook.)