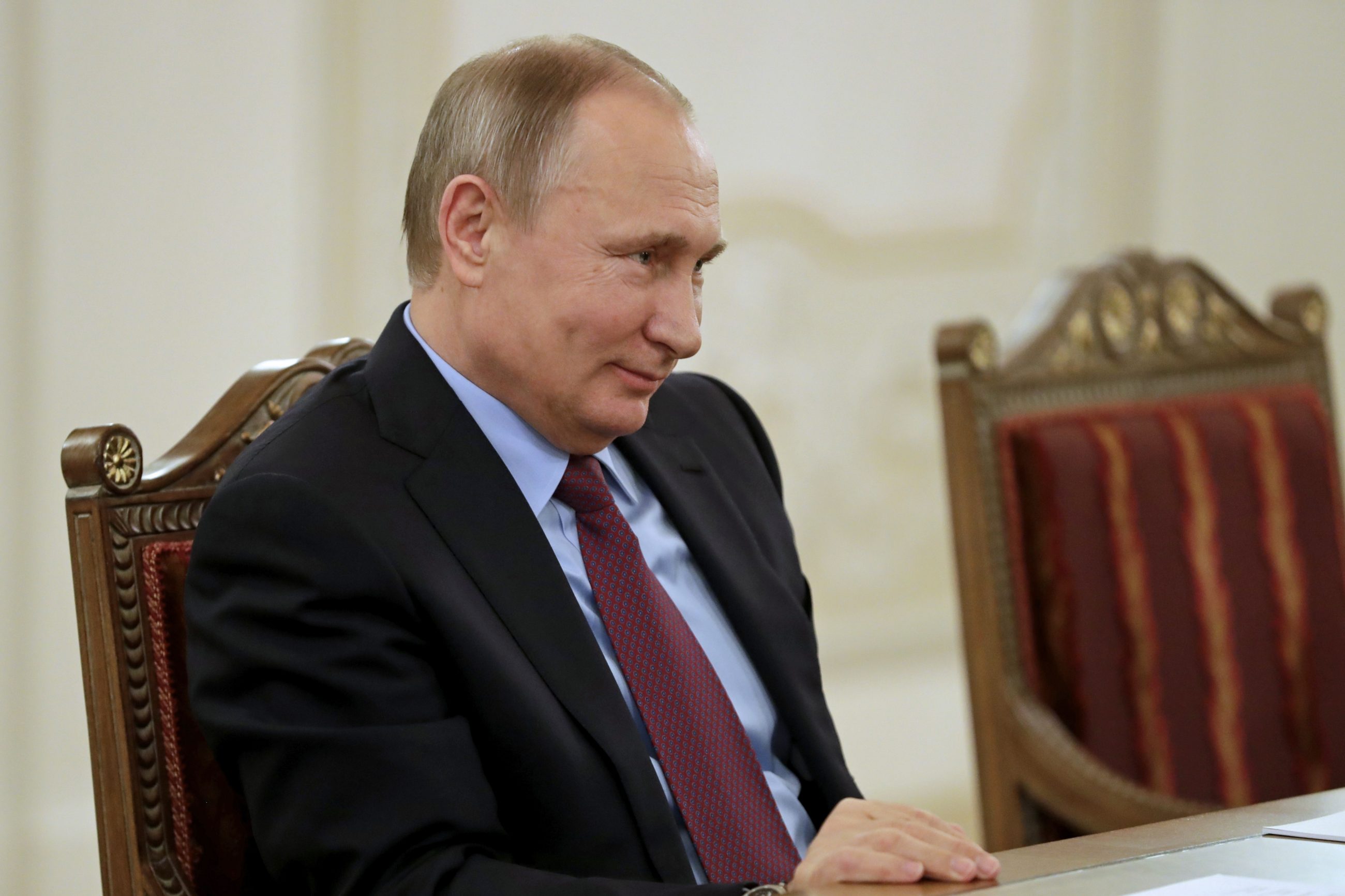 This is the first in a two-part series:

On December 15, Prime Minister Shinzo Abe will welcome Russian President Vladimir Putin to the Otanisanso onsen (hot spring) resort in Nagato, Yamaguchi Prefecture, for a face-to-face meeting. The Northern Territories, comprising the islands of Etorofu, Kunashiri, Shikotan, and the Habomai islands, are integral parts of Japan. And yet, for 71 years since the end of World War II, Japan has allowed Russia to exercise control over the islands.Will Abe finally bring to an end the humiliating history of diplomatic negotiations between Japan and Russia, negotiations swayed by the question of the Northern Territories and set course for a new age of Japanese diplomacy?

During his speech inaugurating the new Diet session on September 26, Prime Minister Abe, who has publicly declared the resolution of the Northern Territories issue to be his “mission,” said, “I will resolve the territorial issue, bring to a close the unusual situation of not having a peace treaty with Russia even 71 years after the war, and bring into full blossom the tremendous possibilities of cooperation between Russia and Japan. The leadership of Putin and me working together, will drive the negotiations forward.

If the countries’ leaders alone can resolve the territorial issue, then the present moment offers the greatest opportunity. Russian president Vladimir Putin now commands enormous authority while low oil prices stall the Russian economy and there seems to be no sign that relations with Europe and the United States will soon improve. Prime Minister Abe sees the current situation as a “once-in-a-lifetime opportunity” and has lined up plenty of carrots to induce Russia to make a deal. From energy and resource development and nuclear power to IT and industrial technology, the eight-point plan the Japanese government is proposing for Japan-Russia cooperation is an extravagant menu, designed with Putin’s national strategies in mind as he makes development of the Russian Far East the centerpiece of Russian growth.

At the summit in Nagato, Yamaguchi Prefecture on December 15, Abe is hoping to break through the current impasse in one fell swoop. However, Russia is not a partner with whom one deal with by ordinary means. The history of negotiation between Japan and Russia over the Northern Territories is one of countless betrayals and bad deals, and the field of the current round of negotiations is littered with traps.

At the Asia-Pacific Economic Cooperation (APEC) meeting held in Lima, Peru, Abe and Putin met on November 19 for the fifteenth time, engaging in a conversation that lasted just over an hour, rare for a breakout session during a meeting such as APEC but afterwards Abe proudly declared, “Putin and I were able to have a frank exchange of opinions on the issue of the peace treaty.”

This upbeat assessment was suddenly doused with cold water the next day, when Putin explained, “I met with the Japanese side to discuss the possibility of joint economic and humanitarian activities in the Northern Territories.” If Japan were to hold joint economic activities under Russian jurisdiction, that would be tantamount to recognizing Russian sovereignty in the Northern Territories and would effectively end the territorial issue. This is a course of action which Japan would be wholly ill-advised to take.

That is not all. Speaking about the 1956 Japan-Soviet Union Joint Declaration, which contained clear language about the handover of both Shikotan and Habomai islands, Putin said, “Nothing is written regarding the grounds upon which, or under what conditions, such a handover would take place, or about under whose authority the islands would be placed.” Two days later, Interfax the Russian military deployed surface-to-ship missile systems on Etorofu and Kunashiri. These actions reveal that Putin remains absolutely firm on the question of territorial issues.

In response, Abe made the following statement, as though reassuring himself, “We have not been able to arrive at a peace treaty for 70 years. It is not a simple matter. We can now see the way forward, but we must cross over the mountain step by step. Slowly but surely, step by step.” The Northern Territories issue remains unresolved because, while meeting with Putin time and again, Abe keeps confidently asserting that “Putin wants to arrive at a resolution to this problem.”

An opportunity for doing so came the May summit meeting in Sochi, Russia. The European Union (EU) was then considering whether to extend the economic sanctions it had imposed on Russia over the Ukraine issue. Abe’s visit to Russia was an act of defiance of the wishes of the EU and of the United States—Putin sensed Abe’s sincerity and eagerness and was overjoyed at it. The meeting lasted more than three hours and included a dinner.

During the meeting, Abe described the territorial issue, saying, “Let us break through the stalemate in the negotiations up until now over the territorial issue, and solve it between us. Isn’t it true that we need a new approach, one that isn’t based solely on the viewpoint between our two countries, but which takes a global view into account, as well? Let us speak together afterwards, the two of us, shall we?” The expression on Putin’s face suddenly grew very stern upon hearing this and both the Russian and Japanese attendees at the meeting stood up to leave the two leaders by themselves. Only Russian Foreign Minister Sergey Lavrov assertively remained seated, but Putin waved his hand at him and Lavrov withdrew, as well. The face-to-face meeting that followed lasted for 35 minutes and while details of their conversation have not been revealed, both men concluded the meeting with beaming expressions. Abe gave Putin a pair of Japanese binoculars at the meeting, adding, “Let us look out together over the distant future of Russia and Japan.” Putin, smiling, responded, “The next time we meet, I will use these to find Shinzo.”

There are many forces within Russia unwilling to permit even the slightest compromise on the territorial issue. These forces are represented especially by the Ministry of Foreign Affairs and the military. The Ministry of Foreign Affairs is an institution formed under the tutelage of Andrei Gromyko, who served as foreign minister for nearly 30 years and who received his training under Josef Stalin. Gromyko became famous for using the Soviet Union’s veto power in the United Nations so often that he earned for himself the nickname “Mr. Nyet.” He continually wielded this veto power over the Northern Territories issue as well, stating, “If Japan is going to make proposals over the territorial question, then I am not going to go to Japan.”

Sergei Lavrov, who has been Russia’s Foreign Minister for 12 years, is the last disciple of the “Gromyko School” and his ministry is using all manner of strategies to prevent Abe from seizing the initiative on the territorial issue during the December summit. First, the Ministry quickly decided that Putin would attend the economic forum in Tokyo on December 16, an apparently calculated move to shift the setting of the summit meeting to Tokyo which would allow Russia to frame the summit in terms of the forum’s theme of economic cooperation. The announcement was made by Yuri Ushakov, an aide to the Russian president and veteran of the Ministry of Foreign Affairs who once served as Russian ambassador to the United States, despite the fact that the two countries were still working out the details of the schedule.

Then on November 15th, Alexey Ulyukaev, the Minister of Economic Development and the Russian pointperson for economic cooperation, was criminally prosecuted by the Russian authorities for accepting bribes and he was immediately dismissed from his post having “lost the confidence” of Putin.

This is just the beginning of the complex and interwoven power struggles shaking up the negotiations between Russia and Japan. The diplomatic hardliners in the administration known as “siloviki” (often with experience in the military, security, and secret service organizations) have gained the upper hand and are putting up resistance to anything that would give the appearance of Russia betraying its interests. There are also rumors circulating of antagonism between Putin and prime minister Dmitry Medvedev.

Putin’s language betrays the reality of this situation. When asked a question about the Northern Territories negotiations on October 27 at an international meeting in Sochi, Putin responded “One must not place time limits on the conclusion of a peace treaty. This is impossible, and even harmful.” Citing the example of the resolution of Russia’s border dispute with China, which took 40 years to settle, Putin continued, “This came about because Russia and China were able to build a cooperative relationship to the point where the two countries could be called special strategic partners. Russia and Japan have not gotten to that level yet.”

Is Putin trying to lower Japanese expectations in the lead up to the summit? Or is that his actual position? There is a history of the Russian “entourage” scuttling agreements during negotiations over the return of the Northern Territories. Part 2 will discuss the history of negotiations over the Northern Territories, with its many close calls and false starts.

Masataka Mine is a political staff writer with the Sankei Shimbun