The Peng Shuai Scandal: Will Its Spillover Affect the Beijing Winter Olympics? 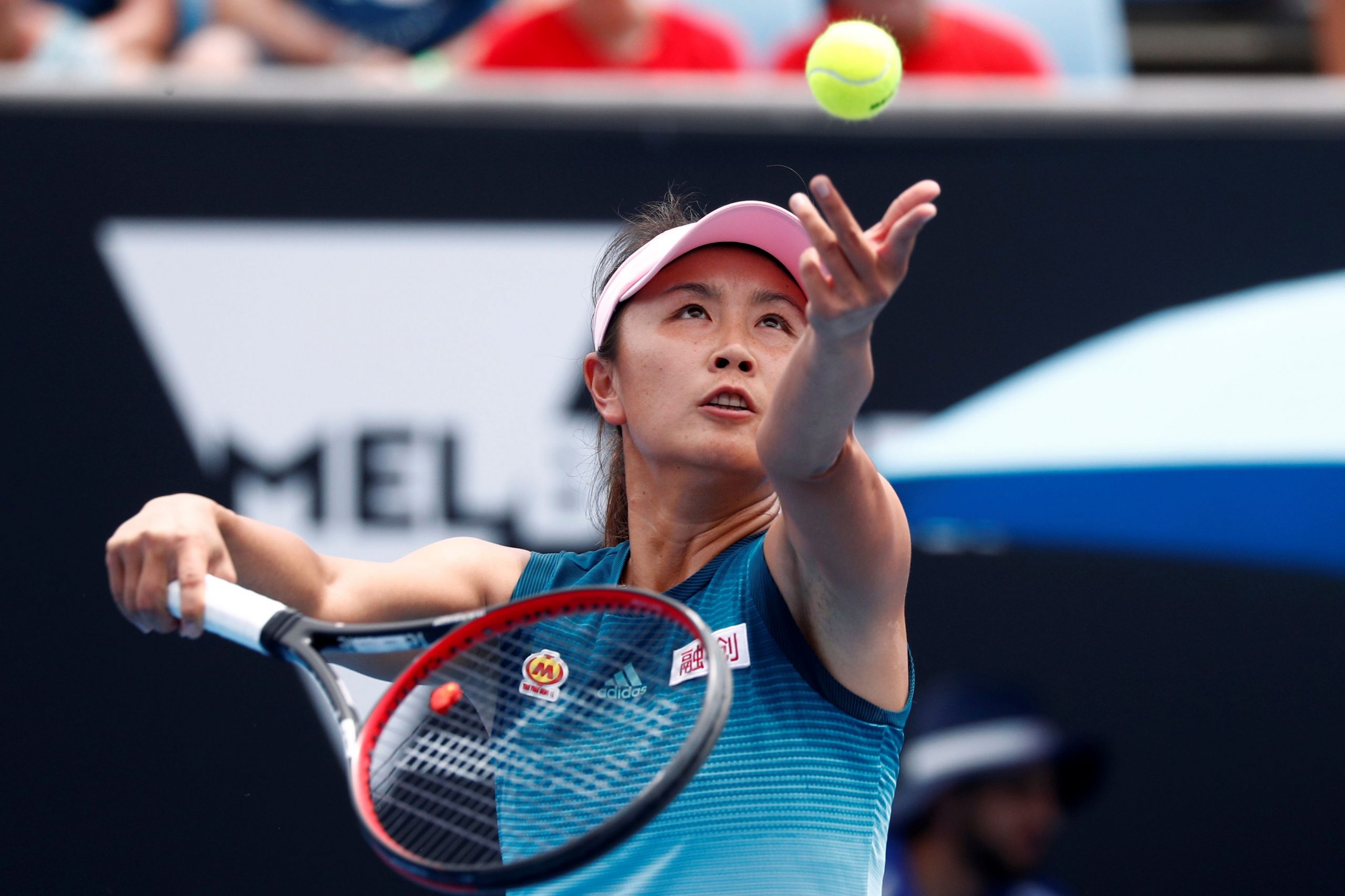 China’s Peng Shuai serving during a match at the Australian Open on January 15, 2019. REUTERS/Edgar Su/File Photo

BEIJING—The fallout from an accusation on social media by Chinese female tennis superstar Peng Shuai (35) that she had been forced to have sexual relations with a former vice-premier of China, and her subsequent disappearance, continues to grow.

Peng, a former world doubles number one, disappeared for more than two weeks. Meanwhile, Naomi Osaka and several other tennis luminaries expressed concern about her welfare. Chinese official media released a copy of an email purported to have been written by Peng saying that she is “safe.” However, that move backfired due to doubts about the authenticity of the message and has instead only increased concern. It now seems unavoidable that the Peng affair will have an impact on the Winter Olympics scheduled to open in Beijing on February 4.

On November 2 Peng posted a message on Weibo (the Chinese social media equivalent of Twitter) revealing that she had previously had an illicit relationship with Zhang Gaoli (75), a retired senior Chinese Communist Party (CCP) official and that Gao had forced her to have non-consensual sexual relations.

The sensational post was quickly taken down and as of now Peng’s Weibo account remains inaccessible to viewers. The Chinese government also continues to prevent all reporting of the issue.

Under the hashtag #WhereisPengShuai,” Osaka sent out a Twitter message saying, “I hope Peng Shuai and her family are safe and ok.”

Peng’s whereabouts have been unknown since her confession of having been “sexually abused.” The Women’s Tennis Association (WTA), which oversees women’s tennis tours, has called for an impartial investigation.

Nevertheless, spokespersons for China’s Foreign Ministry have sought to evade commenting on the issue. When repeatedly questioned about it at regular press briefings they have simply steadily responded with formulaic statements such as “we are not aware of the situation” and “this is not a foreign affairs matter.”

On November 18, the state-owned broadcaster China Global Television Network (CGTN) released a tweet showing a photo of what it claimed to be an English-language email sent by Peng to WTA chair Steve Simon. It claimed the allegation of sexual assault was “not true.” It added: “I’m not missing, nor am I unsafe. I’ve just been resting at home and everything is fine.

That message is widely viewed as a clumsy attempt by the Chinese authorities to put out the growing firestorm surrounding Peng and her whereabouts.

Simon said that the message “only raises” his concerns. He added; “I have a hard time believing that Peng Shuai actually wrote the email we received or believes what is being attributed to her.”

In a TV appearance on CNN on Thursday, Simon called on China to respond appropriately to the situation, declaring, “We’re definitely willing to pull our business and deal with all the complications that come with it.” Simon added: “Because this is certainly, this is bigger than the business.”

Zhang is said to be close to former Chinese president Jiang Zemin, who preceded Xi Jinping as China’s supreme leader. Peng’s blockbuster revelation came on the eve of the opening of the just concluded sixth plenary session of the 19th CCP Central Committee. The timing has led to speculation that Peng’s charges are related to a power struggle within the Party.

RELATED: China Watch | The Real Reason Why Xi Jinping is Pushing for an ‘Historical Resolution’

However, a Chinese source offered this different view to The Sankei Shimbun, “Zhang’s influence has waned since his retirement. This probably is a personal emotional issue for her [Peng].”

Meanwhile, the international human rights organization Human Rights Watch (HRW) on November 18 called for athletes who will take part in the Beijing Olympics, fans and sponsors “speak up for the Chinese tennis star.”

RELATED: What Is Really Behind the Sex Scandal Roiling China?