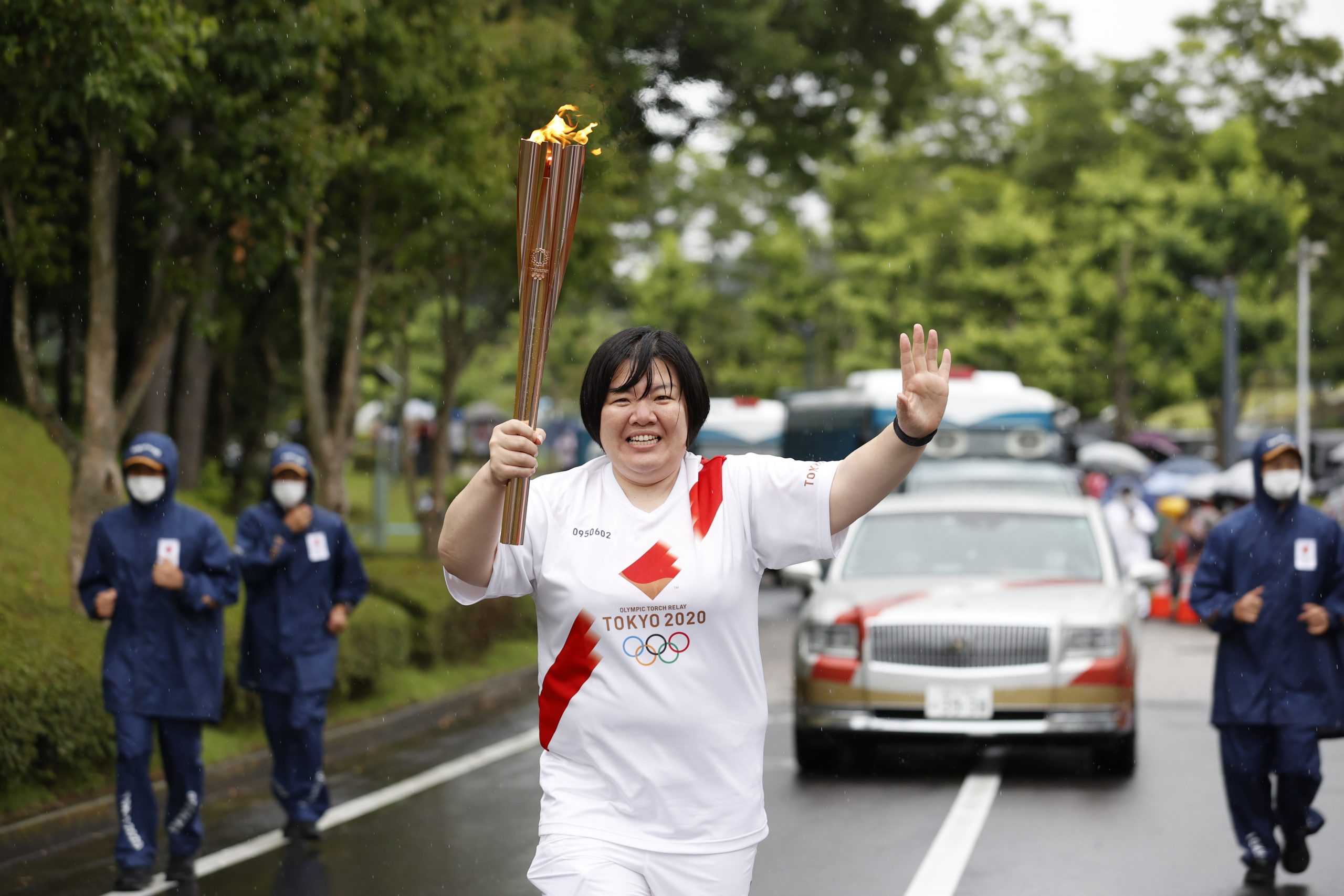 After circulating through nearly all of 47 prefectures around Japan, the sakura-shaped Olympic torch is now nearing its final destination, Tokyo.

Runners on July 5 included Shotaro Yo, a visually-impaired shamisen player, and Keiji Suzuki, a judoka who won a gold medal during the 2004 Olympics.

“Hope brings courage! Listen to the sound of my heart!” said Yo, making this his torchbearer’s message.

In an interview with Tokyo 2020, Yo explained, “As a Japanese citizen and a resident of Ibaraki, I would be glad to be a member of a welcoming party, giving the best hospitality to people from all over the world.”

On July 4, the torch traveled from Kashima City to Mito City, and on July 5 it departed from Koga City. The Ibaraki leg of the torch’s journey ended with a celebration at the Tsukuba Expo Center, a science museum and planetarium in Tsukuba City.

The routes took it through Ibaraki Prefecture’s Kashima Shrine, Sugao Marsh, the Ushiku Daibutsu, and Kasumigaura.

The Torch traveled around nearby Chiba Prefecture for two days before it reached Ibaraki Prefecture.

After passing through Ibaraki, the Olympic torch is set to cross over to neighboring Saitama prefecture on July 6.