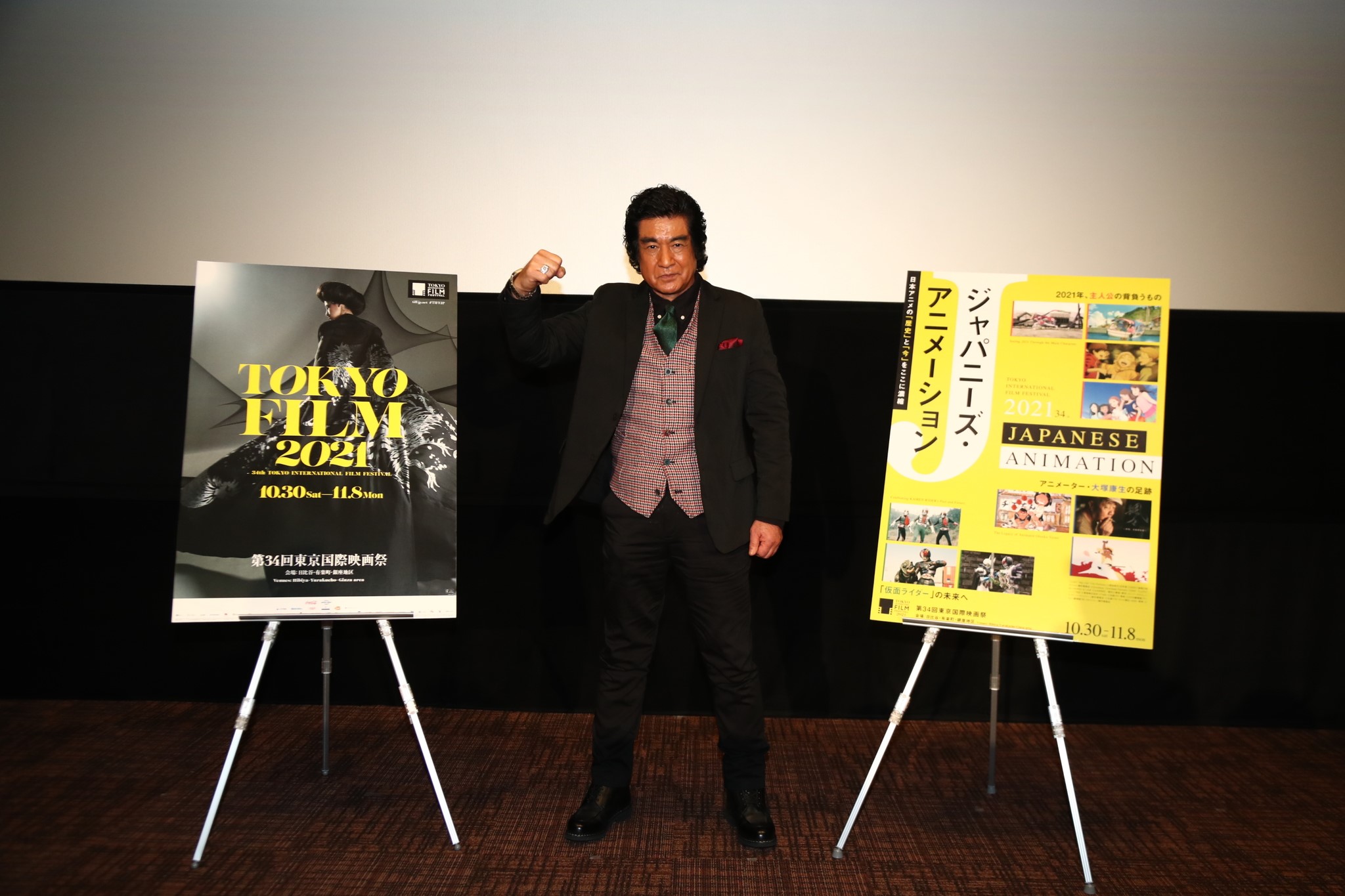 After a year in a more conventional format, the Tokyo International Film Festival (TIFF) reopened with strict anti-pandemic measures, as well as a completely new programming structure.

The film competition, canceled in 2020 due to the pandemic, returned with a total of 15 films from around the world competing for the festival's Grand Prix.

The festival ambassador, actress Ai Hashimoto spoke about “transcending borders,” the theme of this year's festival, during the opening ceremony.
She talked about the various kinds of borders that exist in the world, including gender and culture, saying she believes that cinema has the capacity to foster understanding and compassion in order to embrace and transcend differences.

Shozo Ichiyama, a well-known producer and the head of the TOKYO FILMeX film festival, joined TIFF as programming director earlier this year and has already made several modifications. Ichiyama has created two sections that focus on up-and-coming filmmakers as one of the major changes.

The “Asian Future” section programmed by Kenji Ishizaka, and the “Japanese Cinema Splash” section, have been combined into one this year. “After speaking with Ishizaka, we agreed that good Japanese films from new filmmakers should compete with young filmmakers from the rest of Asia,” Ichiyama said.

Kenji Ishizaka, TIFF’s senior programmer, explains that he and Ichiyama decided that it would be better to create a section where Japanese films can compete with other Asian films rather than sorting Japanese films in one section. And he wants to create an opportunity where young indie filmmakers can interact with each other, and by doing so, together they could create new projects.

“There used to be a section called “Discover Asian cinema,” which wasn't there this year. But I want to revive that kind of thing again because film festivals tend to focus on new works, but I hope to discover and introduce important filmmakers and works in the Asian film history in near-future” said Ishizaka.

“Each work has its own characteristics but I strongly recommend watching Somebody's Flowers and The Nighthawk's First Love from the “Asian Future” section. In Somebody's Flowers, a person dies in an old Japanese housing complex that used to be modern but now seems to be inhabited only by elderly people, and the mystery of whether it was an accident or an incident is what pulls you in. I recommend it because it depicts the aging problem that Japan is currently facing by the theme of apartment complexes”, Ishizaka added.

At the “Japanese Animation” section, Hiroshi Fujioka, the legendary actor who played the role of “Takeshi Hongo”- The first generation Kamen Rider, made a guest appearance at the talk event after the 50th anniversary screening of his breakout drama series, Kamen Rider 1.

Tokusatsu is a Japanese term for “special effects” and most of them were practical, like the classic Godzilla.

Fujioka was delighted that the series is still going on after half a century.

He revealed that back in those days, the way children looked at him encouraged him in playing the role. And when he realized that he was a hero who should convey love, courage, justice, hope and dreams to children, he felt a great responsibility, and that's what kept him going.

"Through my work, I wanted to convey the spirit of Bushido and the strength of family relationships, as well as participate in works that expressed hope and joy beyond boundaries," Fujioka said.

The films that were on offer this year can be found here.

“Every year we are doing our best to introduce most of the best films in Asia. We are open for visitors from all around the world at the Tokyo International Film Festival, and I hope to have readers of JAPAN Forward visit us in future.”ーKenji Ishizaka.