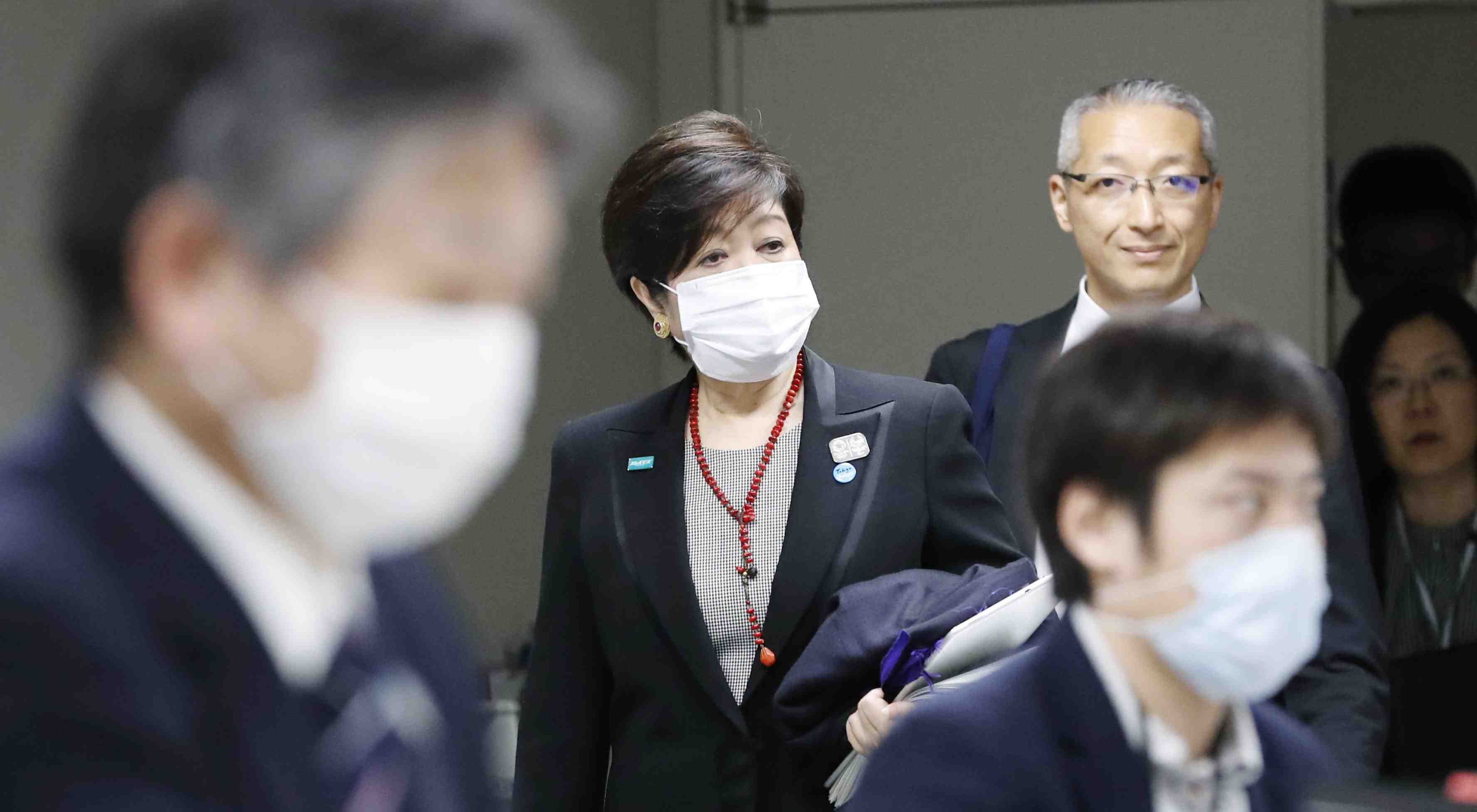 Governor Yuriko Koike on Monday evening, April 6, gave residents of the wider Tokyo metropolitan area a preview of what to expect when Prime Minister Shinzo Abe declares a state of emergency on April 7 in the face of the COVID-19 epidemic.

After thanking Tokyoites for heeding the call to restrict their movements during the weekend, Governor Koike pressed for further cooperation to take personal steps to bring down the high number of cases.

What exactly is she asking her constituents? In a tone firmer that in her past press briefings and public addresses, Koike said: stay at home, strictly, and keep a two-meter distance from the next person.

A few exceptions from the “stay home” policy are trips to the grocery store, commuting to work, and similar activities necessary to one’s livelihood.

“More than anything, the most important thing is not going out. Until now, I have asked citizens to avoid the three principles: enclosed spaces, large gatherings, and close contact. Further, I have asked people to avoid going out, especially in the evenings. Now I ask further than when you do go out, when you make a line, you don’t stand close, but make a distance of at least two meters apart, in what has been called abroad social distancing,” Koike said.

She stressed that the whole point of the law was to protect everyone. “This policy is based upon the law, and is to protect yourself, your family, your loved ones, and furthermore, the society we all live in. And for that, I would like to ask for your understanding,” she said.

“Unfortunately…the number of cases keeps rising at a high rate. Following the state of events, the Japanese government is calling a state of emergency, which will apply to Tokyo and other cities, and last about a month,” the governor said.

Tokyo and surrounding cities had just come off a weekend of voluntary restricted movement after a daily rise in cases throughout the prior week. Over the weekend, the number of cases did not let up, recording more than 100 new patients a day, with 117 confirmed cases on Saturday, and 143 on Sunday. The number of positive cases jumped from 68 to 1,033 in the space of a week.

The press conference was meant to reiterate policies the Tokyo governor had put in place explained in detail over the past weeks. But her plea for citizen cooperation exuded increased passion and determination.

The Tokyo governor stressed that this would not be a lockdown of the likes seen in France, Italy or the United States, with cities becoming ghost towns overnight.

“This is different from a lockdown, as the forced imposition of the law will not be applied. We would like everyone to avoid social interaction as much as possible, and act accordingly,” Koike said.

Governor Koike shared the metropolitan government’s continuing efforts to find ways to minimize stress on medical facilities and transfer those with mild symptoms or none at all from hospitals to designated hotels.

As of the evening of April 6, she said, 951 people were hospitalized, and there was a total bed capacity of 1,700 beds in the capital. She added that the government aims to increase that to 4,000 beds. In terms of the hotel facilities, 200 rooms had been secured as of the time of the press conference, with the aim of reaching 1,000.

Finally, the Tokyo governor unveiled the expected budget  of ¥23.2 billion JPY ($212.5 million USD) to manage medical facilities and implement the measures to fight the coronavirus. This included funds to set up outside testing facilities, increase PCR testing capacity, patient care, and ICU medical equipment. It also includes some support for schools, and funds for those who might lose their accommodations in light of the spread of the coronavirus epidemic.

With these measures and provisions in place, Governor Koike concluded, “Whether the virus spreads or not, it depends on everyone’s behavior.”

RELATED STORY: Japan’s Coronavirus Response: What to Expect During a State of Emergency