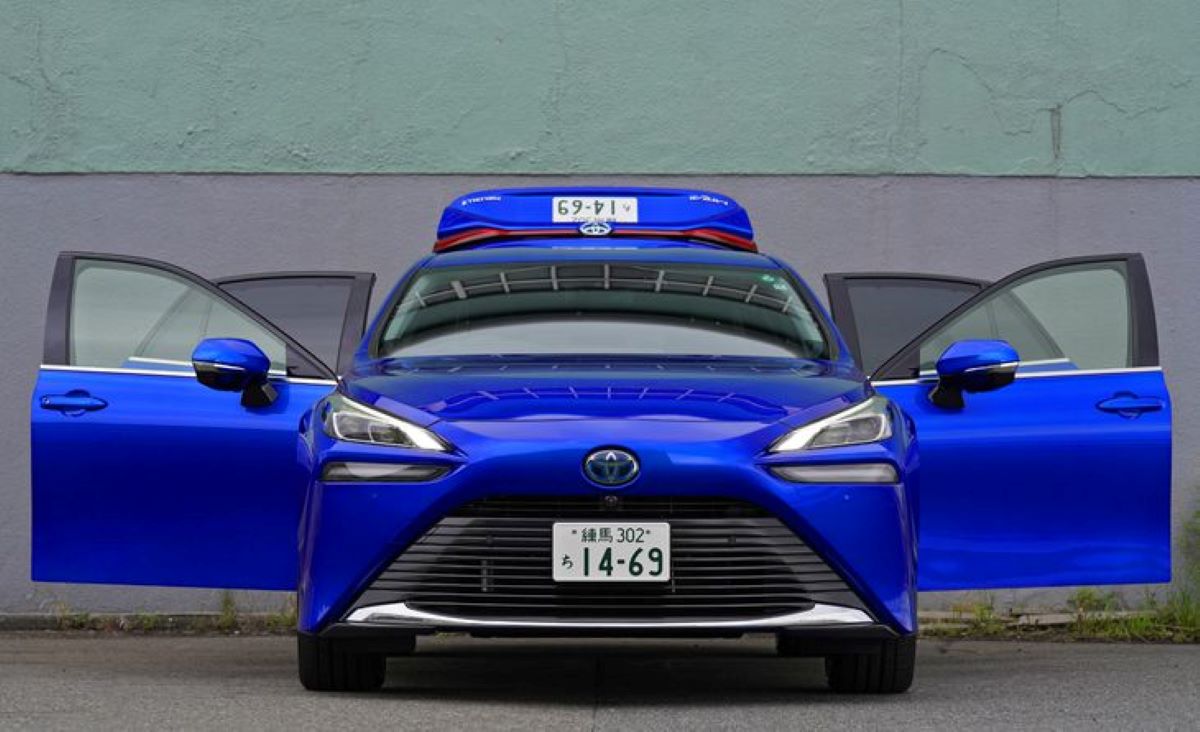 The Toyota Mirai, a fuel cell vehicle (FCV) and the ultimate eco-car, has been presented for the world to see as it reels in the future of car culture.

The Mirai goes beyond zero emissions to the realm of negative emissions, because the more the vehicle is used, the more environmentally friendly it becomes.

EVs and FCVs don’t produce carbon dioxide because they don’t run on gasoline. Instead, they run on motors that use electricity that has been charged or generated.

Eco-cars, still in their transitional phase, have both pros and cons. While charging is not an issue for hybrids, they do use gasoline, which means they emit a certain amount of carbon dioxide.

Although EVs are said to be eco-friendly, the manufacturing process generates a large amount of carbon dioxide. Moreover, they cannot be characterized unreservedly as eco-friendly if the electricity used to charge them is generated by thermal power. The 30-minute charging time could also be burdensome.

FCVs are often considered the ultimate eco-car, but their price of nearly ￥8 million JPY ($73,000 USD) and the lack of hydrogen fueling stations are bottlenecks. However, their range of nearly 800 kilometers with only a few minutes of refueling is very attractive.


Giving It a Drive

I decided to test drive the Mirai, the world’s leading FCV.

First, the Mirai’s ride quality is comparable to that of Lexus and other luxury cars.

To turn the vehicle on, I press the start button on the left side of the steering wheel.

I step on the gas pedal lightly, and the Mirai glides forward. I can hardly hear the road noise from the tires, thanks to thorough soundproofing measures.

The ride feels very solid and stable as if the car and the road are moving as one.

I sense no vibrations, shaking, or other unpleasant movements. It’s so quiet that it even has an Active Sound Control system that plays fake engine sounds through the speakers, but the sound quality is mediocre and could be more realistic.

The Mirai is not a light car by any means, but it offers outstanding stability when negotiating curves. It has a low center of gravity and the weight balance is excellent, making it comparable to Lexus’s top luxury sedan, the Lexus LS.

Its unique grille has been controversial. While it may have been intended to enhance its FCV appearance, sharper features might have been better.

FCVs emit water instead of exhaust gas, so I asked the manufacturer if the water is drinkable. The answer: they said the water is safe but not suitable for drinking.

The road to the widespread use of FCVs won’t be smooth. Vehicle prices and the need for more hydrogen fueling stations are among the many issues that need to be addressed.

However, hydrogen has a smaller impact on the environment than electricity.

Looking ahead 30 to 50 years into the future, FCVs have great potential. Fuel cell technology will greatly benefit large vehicles such as trucks and buses.

I have high expectations for Toyota’s vision for the future, which is called “mirai” in Japanese.