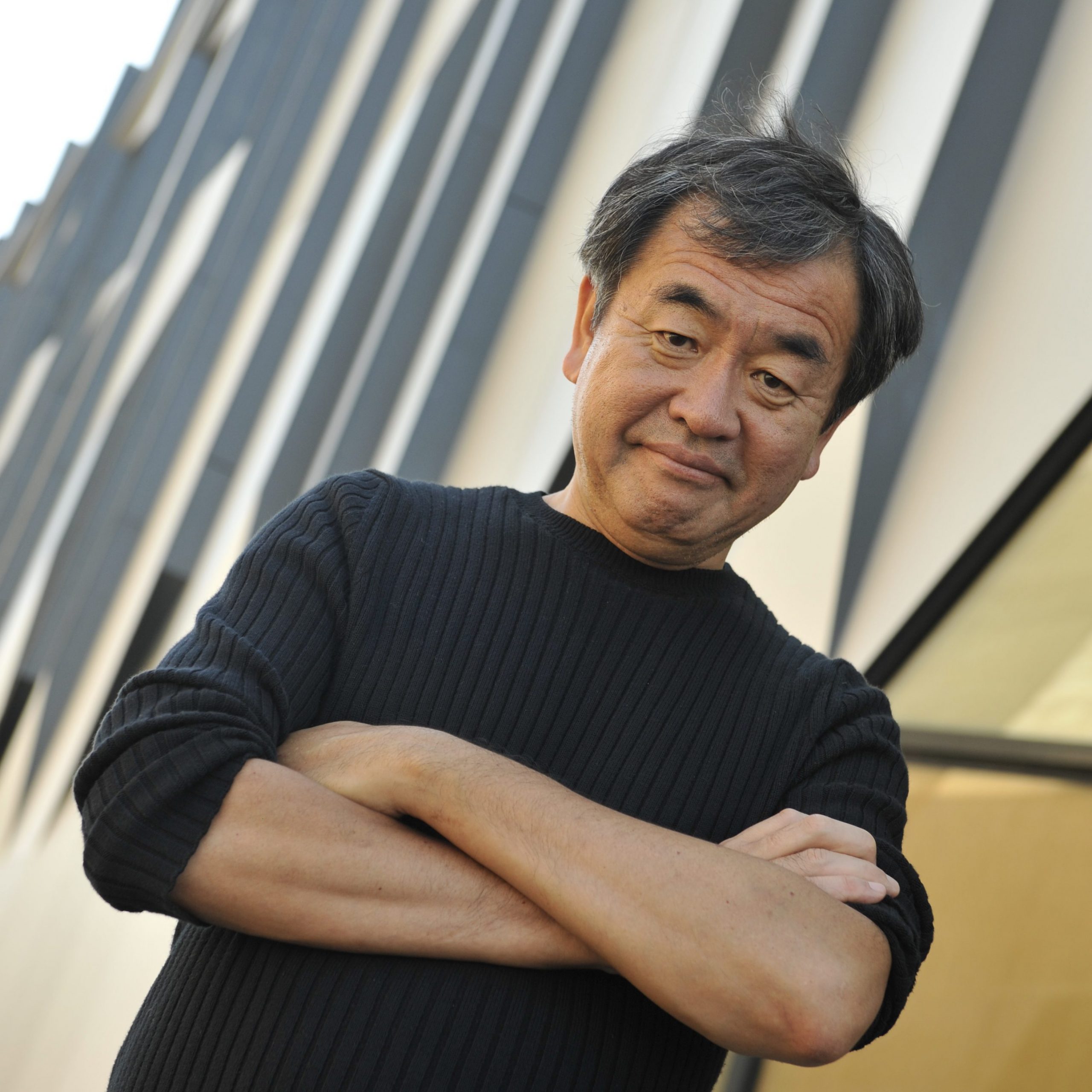 (Seventh in a series.)

What will the architecture of the future look like?

On August 14, the internationally renowned architect Kengo Kuma delivered the keynote speech at the 2021 International Kogei Summit in Ishikawa Prefecture, focused on the future of Japanese kogei and other crafts.

It might sound surprising that with a theme like kogei (Japanese crafts) that are often thought of as “old” and “traditional,” an architect with state of the art designs such as Kengo Kuma was called to give his point of view.

Yet Kuma, in his keynote address, focused on his work in using traditional Japanese craft materials such as wood and bamboo, and insisted that kogei from his home country had an edge compared to other places in the world.

“The world is waiting for good quality products,” he exhorted in his keynote speech, directing his message to the craftsmen of Ishikawa.

Kuma also elucidated how Japan is home to innovative technology, such as the unique carbon fiber materials developed by Komatsu Matere, a company based in Ishikawa.

Light, resistant, and possessing incredible strength to support the wooden structures often designed by the architect, Kuma has used Komatsu Matere carbon fiber in various projects, such as COEDA HOUSE, in Shizuoka Prefecture.

More importantly, he used carbon fiber in the design of the National Olympic Stadium in Tokyo, the prime venue for the recently concluded Tokyo 2020 Olympic and Paralympic Games.

We caught up with Mr. Kuma, and asked him about which kogei he is passionate about, the new National Stadium, and some of the secrets to sending Japanese craft and design abroad.

Among Japanese crafts, what is it that you are particularly fond of?

I think that Japanese are particularly good at crafting objects made out of natural material, for example wood or clay.

They are natural resources that are close to us, and Japanese are good at making the most of these materials.

There is for example sumushiko, which is the craft of making really thin strips out of bamboo. I have recently started using it in various designs across the world. Most recently, [in March 2020] I used it in the design of Grand Seiko Boutique Vendome, in Paris.

The Olympics have just finished and one of your key projects was the new National Stadium, which you designed. What was your reaction to how the Stadium was received?

The thing I was most surprised about was the fact that even though the Olympics were held without spectators, yet the [multicolored] seats made it look like there were.

This was completely a coincidence, and of course I didn’t think that COVID-19 would happen.

But it made me reflect that in the future we need fun and lively designs.

I think that even after COVID-19, there will be events with few spectators. On those occasions, we still want to convey a fun, lively feeling.

In aging societies, having fewer people is something which will be the next issue. In the midst of that, the most important thing is to do things in a fun and lively way.

This time it was a coincidence, but even in the accident it may have predicted a theme which will become key now going forward.

Even in the new National Stadium there are many elements related to Kogei, aren’t there?

Yes, so for example there is this company called Komatsu Matere, that produces carbon fiber. Their materials have been used in the stadium.

We know that there is also wood collected from 47 different prefectures. In the future, do you have any ideas that would help enlighten visitors about the crafts used when building the stadium?

Well, for example with regards to the wood, we know the location of origin.

Until now, we have been too busy, but going forward when things are calmed down, we are thinking of making an app where people can take pictures and see where the wood comes from.

As a creator who has worked extensively abroad, what kind of differences in reaction do you notice when working in Japan compared to working abroad?

I feel that when I work abroad, there are more genuine reactions of appreciation with regards to design. Just looking at the design, people would react saying “how interesting!”, and so on.

In Japan in the world of design, when you present ideas, inevitably politics also gets caught up in the mix.

Everyone has their own bias, there is less appreciation of the pure designs themselves.

What kind of advice do you have for craftsmen who might be a little apprehensive about traveling and working abroad?

I think there is no need to worry about going and working abroad.

It’s important to have the courage to go on your own.