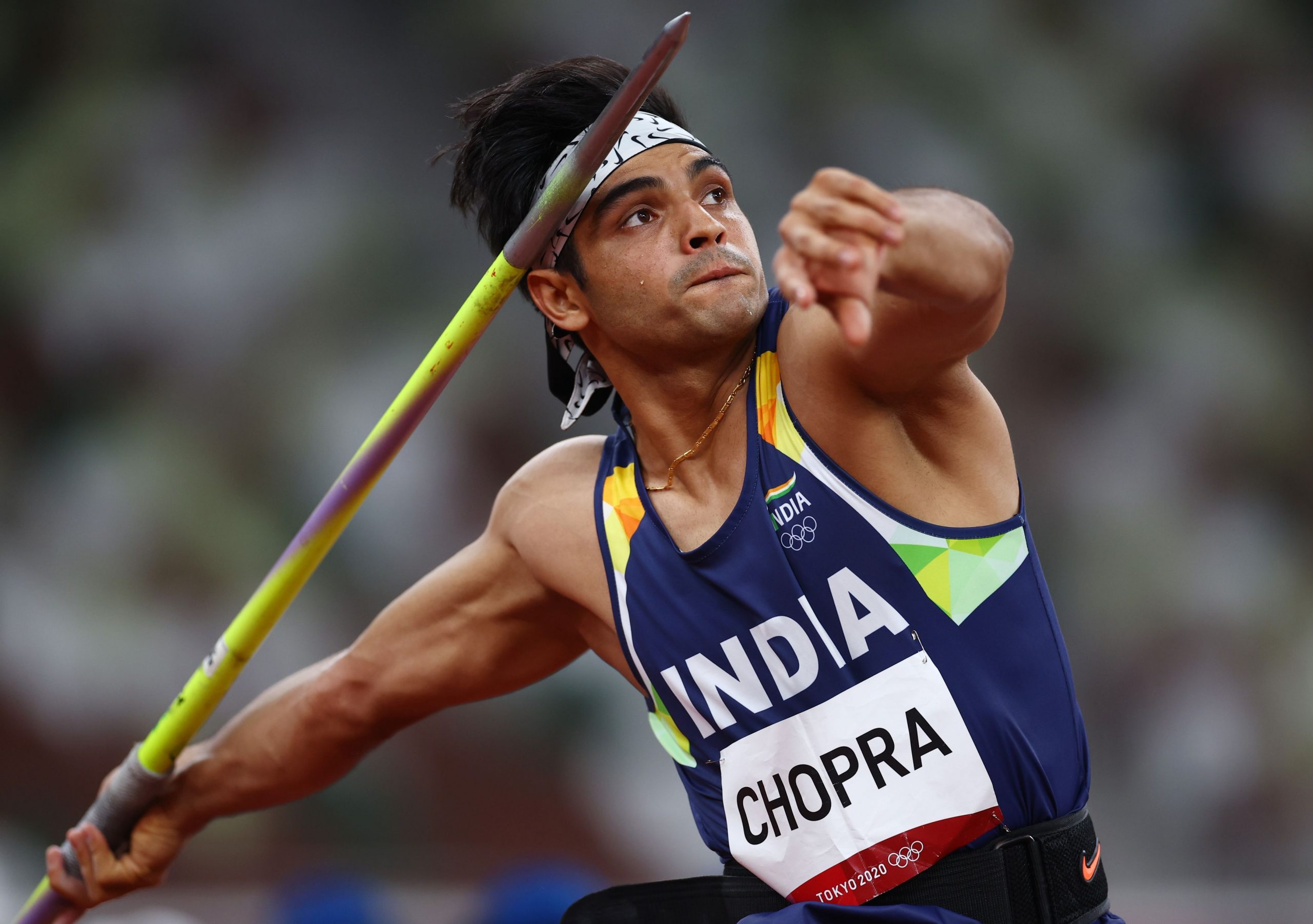 India's Neeraj Chopra in action in the men's javelin final at the New National Stadium on August 7. (REUTERS/Kai Pfaffenbach)

India’s Neeraj Chopra won gold in the men’s javelin throw, launching the javelin a distance of 87.58 meters on Saturday, August 7 at the New National Stadium.

Chopra’s medal is the seventh medal and first gold for India at the Tokyo Olympics. It is also the first-ever gold in athletics, and the first medal of any color in the sport in 121 years. (Norman Pritchard earned a pair of silver medals, in the men’s 200-meter dash and 200 hurdles, at the 1900 Olympics.)

Chopra became the second-ever gold medalist for the country in an individual event, following Abhinav Bindra’s medal in shooting in the 2008 Beijing Olympics.

“It feels unbelievable,” he was quoted as saying by The Times of India after the event. He added that it was a “proud moment for me and my country.”

Hassan, currently ranked first in the world, finished the first 1,000 meters in 12th place, but gradually made her way to the front of the pack at the Olympic Stadium. Silver went to Bahrain’s Kalkidan Gezahegne, with a time of 29:56.18.

Letesenbet Gidey of Ethiopia earned bronze in 30:01.72. Gidey is the current world-record holder, taking the record just two days after Hassan set it on June 8. She was in first place from the 3,000-meter mark until the 9,000-meter mark, then  dropped to third to finish the race.

Burundi’s Francine Niyonsaba, who finished fifth with a time of 30:41.93, set a record for her country.

The Russian Olympic Committee’s Mariya Lasitskene won gold in the high jump with a leap of 2.04 meters. Nicola McDermott of Australia and Yaroslava Mahuchikh of Ukraine took silver (2.02 meters) and bronze (2.00), respectively.

The United States won both the men’s and women’s 4×400-meter relays. The Netherlands claimed silver in the men’s relay and Botswana earned the country’s first medal of the 2020 Olympics after coming in third. Poland and Jamaica won silver and bronze in the women’s relay.