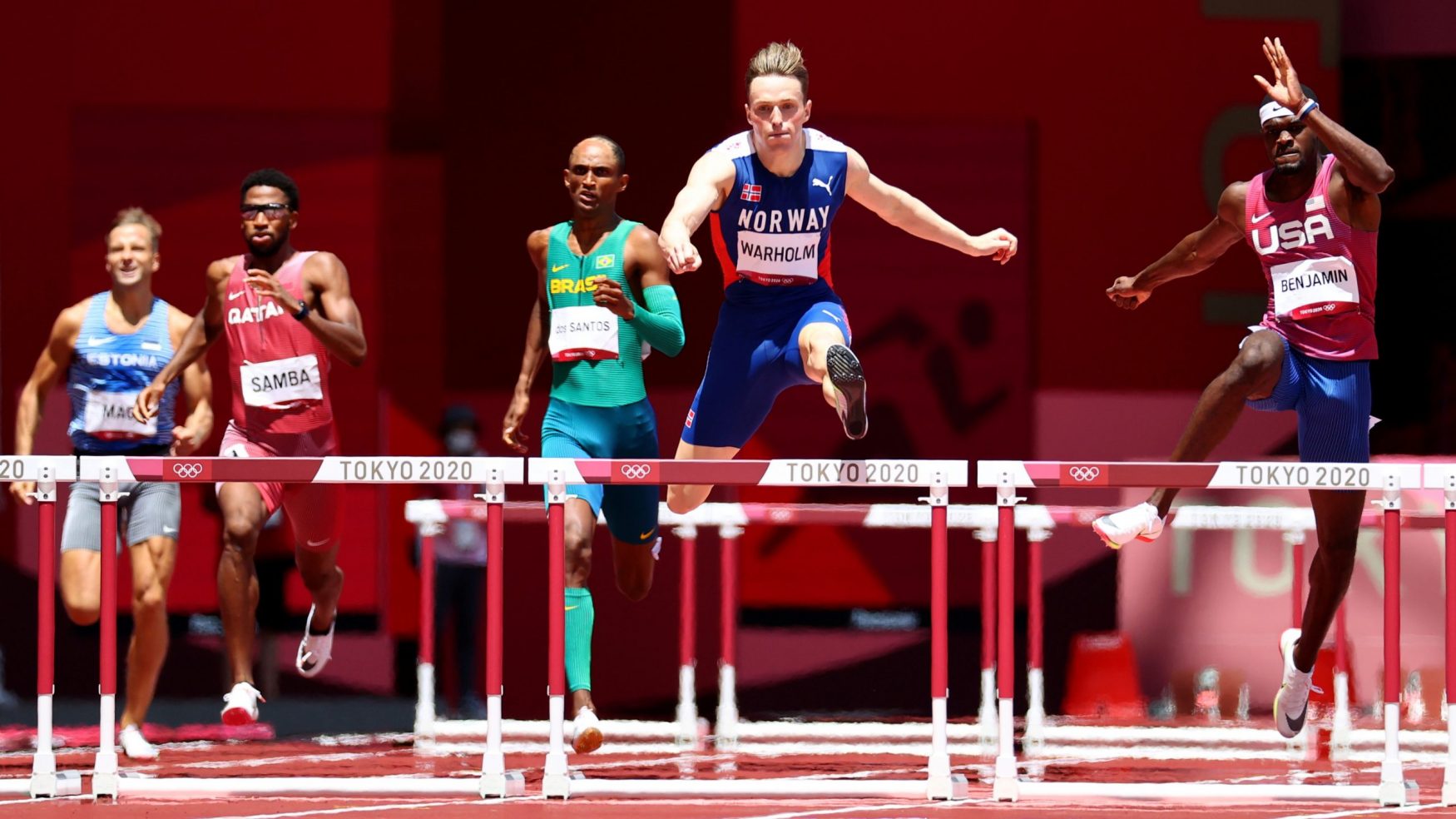 After Karsten Warholm conquered the final hurdle and dashed to the finish line to complete the men’s 400-meter hurdles final, his face was a picture of pure astonishment.

Warholm broke his own world record by a jaw-dropping 0.76 seconds on Tuesday, August 3 at the New National Stadium.

Rai Benjamin, the U.S. Olympic Trials champion and silver medalist at the 2019 World Athletics Championships in Doha, finished second in 46.17 seconds, and Brazil’s Alison dos Santos earned the bronze in 46.72.

Warholm summed up the achievement perfectly, saying, “I mean, man it’s so crazy. It’s by far the biggest moment of my life.”

On July 1, the Norwegian gold medalist continued his upward trajectory in the sport by winning the Diamond League race in Oslo in 46.70 seconds and topping American Kevin Young’s mark of 46.78.

For years, Warholm has been obsessed with winning the event at the Olympics.

“I dream about it like a maniac, I tell you,” were the words he used to explain the obsession.

“I sleep all night on it,” he told reporters after the race. “I spend all my time thinking about this, so just getting this last medal into my collection, it’s complete.”

Thinking about getting the gold led to many sleepless nights, according to Warholm.

“I’ve spent thousands of hours thinking about this,” he revealed.

The 25-year-old wasn’t born yet when Young became the first man to run the 400 hurdles in under 47 seconds, a glorious achievement at the 1992 Barcelona Summer Games.

In addition to his confidence-boosting world record in his homeland, Warholm is a two-time world champion in the event (2017, 2019). But he failed to advance past the semifinals in the 400 hurdles at the 2016 Rio de Janeiro Olympics.

That disappointment clearly fueled his preparation for the delayed Tokyo Olympics, which were pushed back a year due to the global pandemic.

Benjamin gave Warholm all he could handle in the final. After clearing their final hurdles, he was right there with the Norwegian as they began their dash to the finish line.

Warholm somehow found an extra burst of speed down the stretch and held off his rival.

Benjamin ran the second-fastest 400 hurdles of all time.

There was pain behind Benjamin’s words in the aftermath of the race.

“I always give myself 24 hours to process things. Right now I am just full of emotion,” he was quoted as saying by Sports Illustrated. “I have worked so hard. This is what matters. I got a medal but it just hurts to lose.”

Warholm was prepared for the challenge, though.

His speed never let up. He jumped over each barricade without wasting any motions. He proved that his July 1 run was not a fluke.

And how would Warholm analyze his performance?

“I always say that a perfect race doesn’t exist, but this is the closest I think I’ve come,” Warholm said, according to Kyodo News. “Of course everything came together, but at the same time, I am really happy to be able to perform the best race that I can do in the Olympics.”

A Brief History of the 400-Meter Hurdles