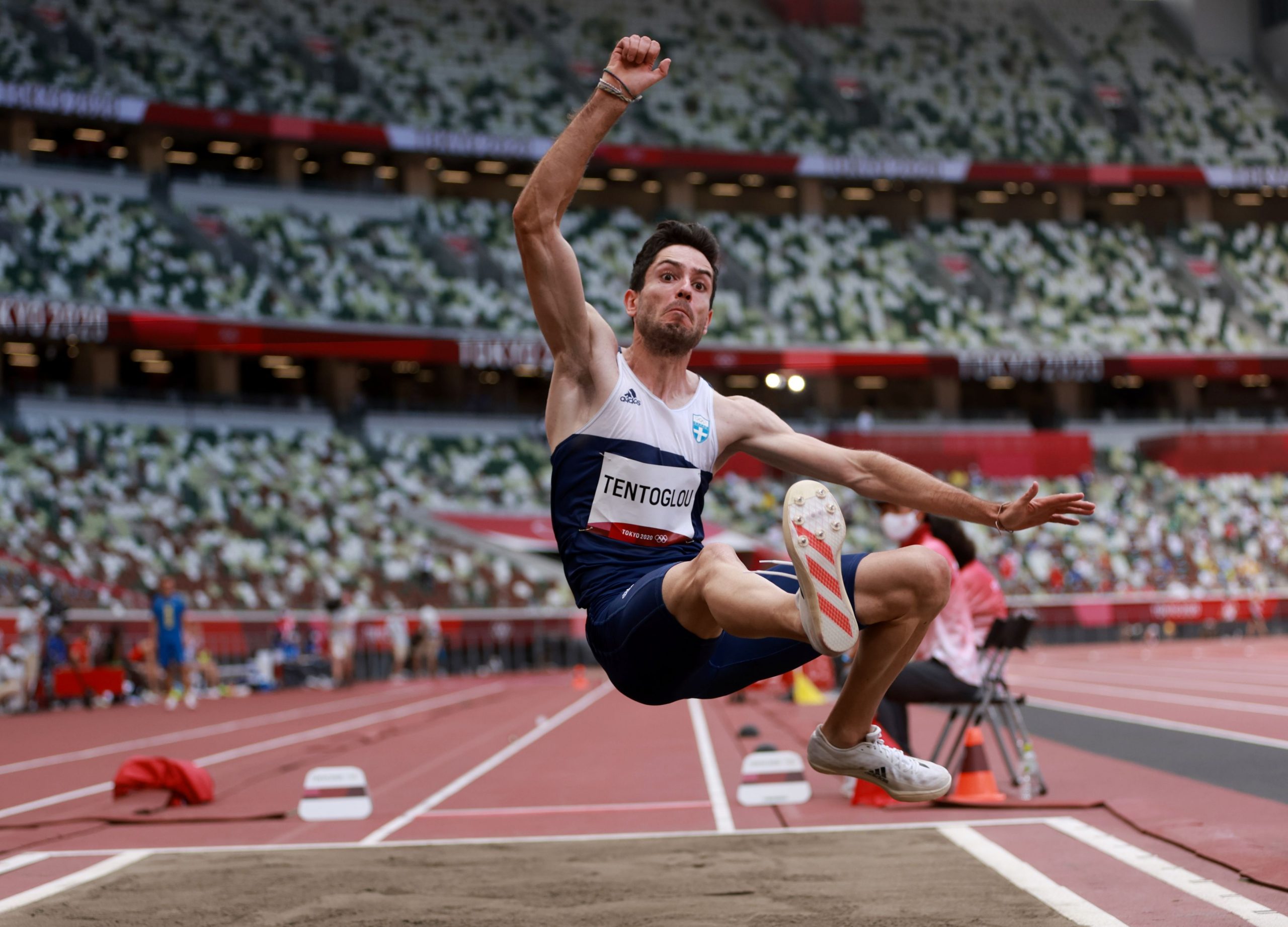 Greece's Miltiadis Tentoglou competes in the men's long jump final at the Tokyo Olympics on August 2 at the New National Stadium. (REUTERS/Kai Pfaffenbach)

Echevarria, who topped the rankings during the qualification round, jumped his maximum 8.41 meters on his third jump, putting him at first in the top spot.

Tentoglou jumped the same 8.41 meters on his sixth and last attempt, and with his superior second-best jump of 8.15 meters to Echevarria’s 8.09 meters, he nabbed the gold.

“What an incredible competition. What an incredible jump, the last jump. I wasn’t able to get it right at the start. But in the end I managed to pull something out to get the medal,” he was quoted as saying by Olympics.com.

Maykel Masso, also of Cuba, came in third with a top leap of 8.18 meters.

Both Echevarria and Masso had the chance to respond to Tentoglou’s jump, but were unable to change the rankings due to injuries sustained during the competition.

Echevarria began his jump to try to overtake Tentoglou, but didn’t make it to the take-off board due to an injury, and Masso wasn’t able to attempt a jump at all.

Japan’s Yuki Hashioka, who was in third after the qualification round, finished sixth with a top jump of 8.10 meters.

“I’m frustrated,” Hashioka said after the competition, according to Yahoo News. “My body’s condition wasn’t so bad, but I wasn’t able to engage it well. I believe I could have performed better, so I’m feeling some regret. Ultimately, I was able to cross the 8-meter mark, so that much was good.”

The most recent world championship winner, Jamaican Tajay Gayle, who sustained a knee injury in the qualification round, placed 11th out of the 12 athletes in the final round.

The current world record for the men’s long jump was set at the old National Stadium, where the new Olympic venue now stands, in 1991 by American Mike Powell, who jumped 8.95 meters.