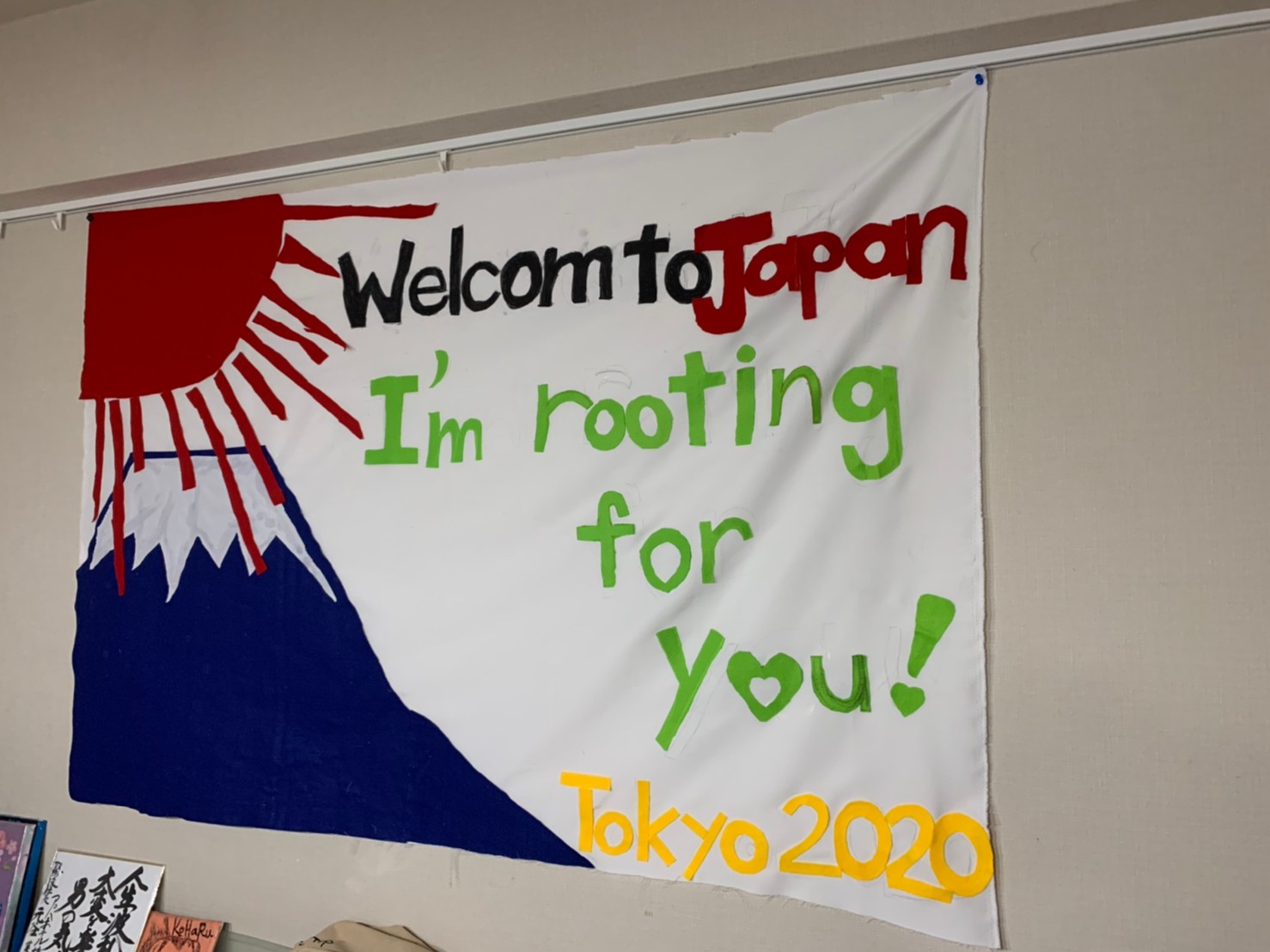 The ongoing COVID-19 pandemic has put a serious crimp on interaction between appreciative Japanese fans and foreign athletes competing in the Tokyo 2020 Olympics. However, an enterprising group of primary school students living near the Olympic Village has come up with a way to thank the athletes gathered from around the world for their efforts.

The youngsters adopted “guerrilla tactics” to catch the attention of the athletes by unfurling a homemade banner on the evening of July 28. The banner read in English: “Welcome to Japan I’m rooting for you! Tokyo2020.”

The children were a bit shy at first about raising the horizontal banner. Then they got into the swing of things, adding their voices to shout out in broken English that they wanted to have pictures taken together. While keeping social distance, several foreign athletes were quick to respond.

The children had fashioned souvenir presents for the athletes —paper cranes and paper replicas of Mt. Fuji. In return, they asked the athletes to sign the banner for them. The result was an impromptu roadside international get-together. Some of the athletes also handed out badges in return for the origami.

This friendly guerrilla attack was staged by students from one of Tokyo’s nearby elementary schools and their parents. The mothers, who are good friends, started the ball rolling when they said that they would like to see the Olympic athletes take home with them at least a few good memories of Japan.

COVID-19 has forced the visitors into something of a safety cocoon to prevent transmission of the virus. Their children in turn devised the banner with a design that is eye-catching even from a distance.

Nonetheless, the fact remains that the Tokyo 2020 Olympics continues to be held under a state of emergency because of the rapid rise in the number of COVID-19 infections. That means that close contacts between the visiting athletes and the general public are banned.

For that reason, the students and their mothers wanted to keep their welcoming group small and maintain social distancing at all times. However, when other people in the neighborhood recognized some of the athletes who had won medals, a crowd soon gathered and police officers and patrol cars soon arrived to control the “happening.”

One of the mothers said: “Although we got to greet some athletes, interacting with athletes during a state of emergency is really difficult. We’re now thinking in terms of getting permission to hang the banner in a place where it will be readily visible to the athletes in the Olympic Village.”

Japanese fans have come face-to-face with the troubling dilemma that even though they want to get close to and support the Olympic athletes, COVID-19 is doing its best to make sure that they do not.

(Follow JAPAN Forward’s coverage of the Olympic athletes at this link.)