TRACK and FIELD | With No Usain Bolt, Men's 100 Meters at Tokyo Games is Wide Open 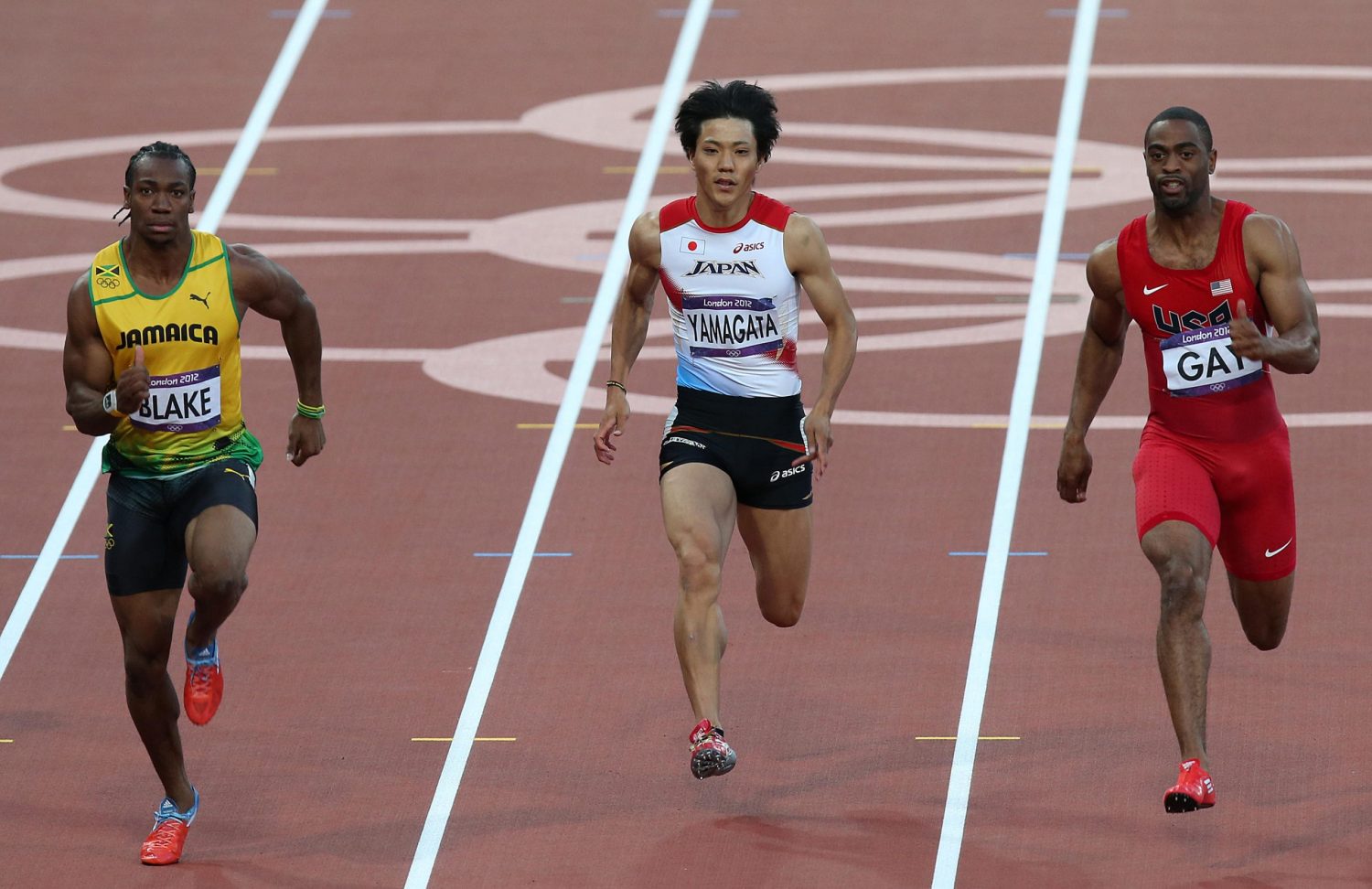 Ryota Yamagata races against Yohan Blake and Tyson Gay in the men's 100-meter semifinals at the 2012 London Olympics.

With Usain Bolt retired, the title for the world’s fastest man is up for grabs at the Tokyo Olympics.

The marquee track event at the Summer Games ー the men’s 100 meters ー is as wide open as it has been in years. For the first time since 2004, Bolt will not be in the starting blocks.

Bolt went undefeated in the 100 and 200 meters in three consecutive Olympics before he retired in 2017. The Jamaican’s retirement opens the door to a group of sprinters including several Japanese runners who will be aiming to make their mark in the showpiece event.

Yoshihide Kiryu became the first Japanese to break the 10-second barrier in the men’s 100 meters when he ran 9.98 at an intercollegiate meet in September of 2017.

Since Kiryu broke the 10-second barrier, three other Japanese sprinters have done so: Abdul Hakim Sani Brown (9.97), Yuki Koike (9.98) and Ryota Yamagata, who set the national record of 9.95 on June 6.

Shuhei Tada, who won the men’s 100 meters at the national championships last month with a time of 10.15, clinched an Olympic spot along with Yamagata. Koike was named for Japan’s remaining berth by the Japan Association of Athletics Federations on Friday, July 2.

After he set the new national record, Yamagata said he was focused on the Olympics.

“I had wanted to break 10 seconds for a long time,” Yamagata said. “I see the Olympics as the real competition.”

Japan’s sprinters have been showing steady progress in recent years. All the hard work and training culminated in the stunning silver-medal win by the 4×100 team at the 2016 Olympics in Rio de Janeiro.

At the time of their win, Kiryu and Yamagata had yet to run under 10 seconds. The other members of that team were Aska Cambridge and Shota Iizuka.

It was a huge confidence boost for Japan’s sprinters. Their precision in handovers gave them an advantage over teams that have faster athletes.

At the Tokyo Games, there will be several top gold-medal candidates in the 100.

Trayvon Bromell of the United States would have to be considered the favorite after the 26-year-old standout clocked the fastest time this year of 9.77 on June 5 at the NACAC New Life Invitational in Miramar, Florida.

But Bromell has had two Achilles surgeries since Rio. The injuries hampered him in training and competition leading up to Tokyo. In a three-year span he ran just three competitive races.

American Christian Coleman will miss the Games after receiving a ban for missing multiple drug tests.

But in the finals of the USA Trials last month in Oregon, he pulled up short and finished eighth, a shocking end to what was likely his last shot at the Olympics.

Gatlin, the silver medal winner in Rio, tweaked his hamstring in the semifinals. He was determined to run the final but finished more than a full second behind Bromell.

De Grasse, who won the bronze medal in the 100 in Rio, silver in the 200 and bronze in the 4×100 relay, has been in good form lately and has said he can accomplish big things if he stays healthy.

“I feel like I’ll be more prepared this time,” De Grasse said. “I feel like I’m better, I’m stronger. I’ve gotten a lot better with knowing how to take care of my body.”

De Grasse won the 200 at a Diamond League competition in Oslo earlier this month with a time of 20.09. Fellow Canadian Aaron Brown was second in 20.38.

De Grasse, whose personal best is 9.90, will be looking to become the first Canadian to win gold in the 100 since Donovan Bailey in 1996.

Lyles, the reigning 200-meter champion, failed to qualify for the 100 when he finished seventh with a time of 10.05 at the U.S. Olympic trials. But the 23-year-old did win the 200 with a world-leading 19.74 to book a ticket to Tokyo and could be the favorite in that race.