Trams Through the Blossoms: Discovering Tokyo on the Setagaya Line 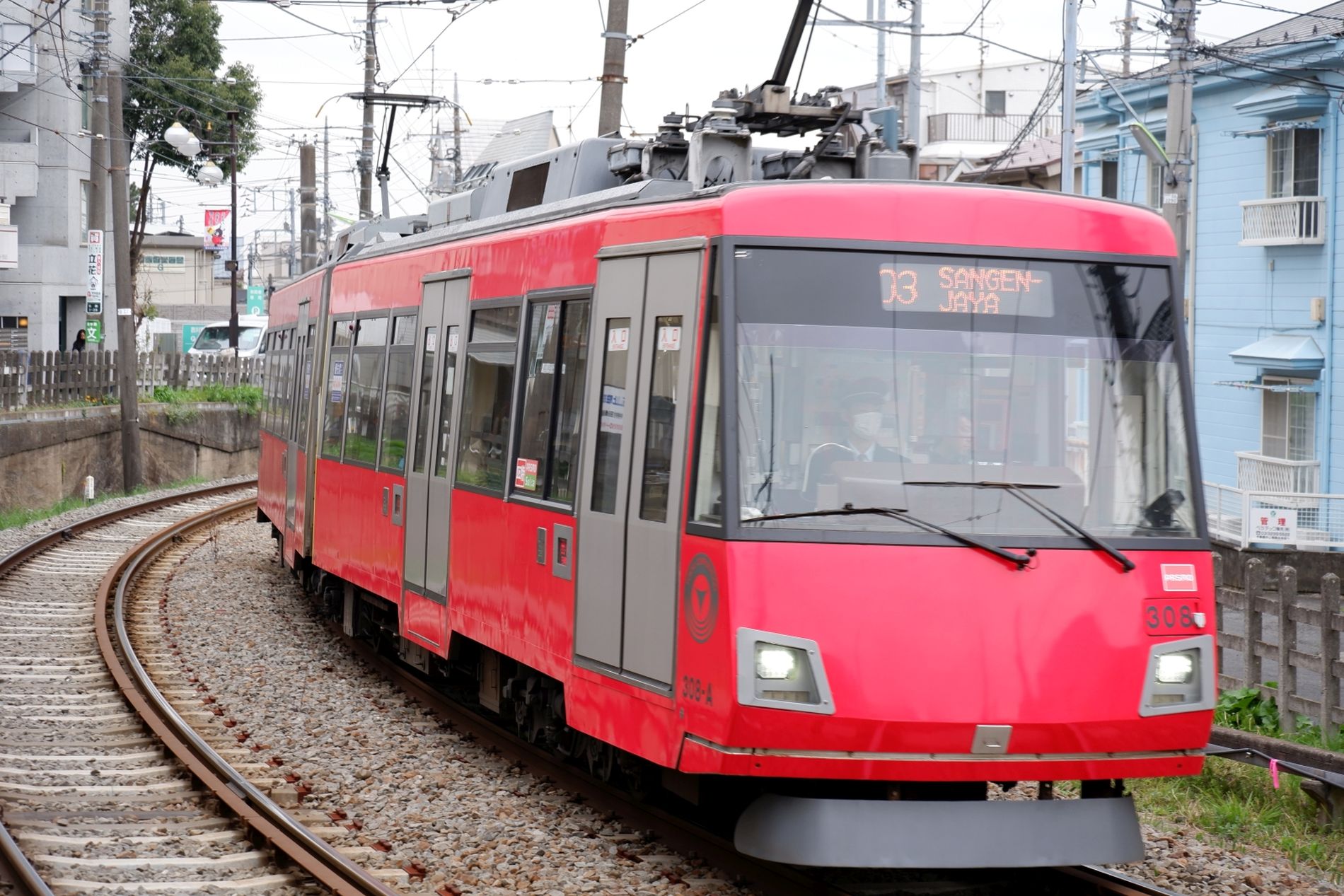 Read Part 1 at this link.

The second installment of this two-part report on the remnants of Tokyo’s extensive public and private tram operations explores the sights along the privately operated Setagaya tram line.

Stretching only about five kilometers through the Setagaya area of Tokyo, the Setagaya Line is operated by the Tokyu Corporation, a major private railroad operator and property developer in the Tokyo-Yokohama area.

The trams consist of two carriage units with no barrier between the carriages. Unlike the Arakawa Line that trades on nostalgia with some antique trams and some quite new trams built in a retro style, the Setagaya Line trams are all of recent vintage. Its carriages all share the same modern design, differentiated only by color and wrapping (full carriage advertisements).

Along the Setagaya Line

The Setagaya Line is a vestigial remnant of the Tokyu Tamagawa Line that ran from Shibuya to the Tama River. One of its trams from that era is on display in front of the JR Shibuya Station, on the side facing the iconic scramble pedestrian crossing that features in so many foreign videos about Tokyo.

Because of its shorter length and route through a primarily residential area, the Setagaya Line has fewer attractions than the Arakawa Line. But those that it does have are well worth visiting. 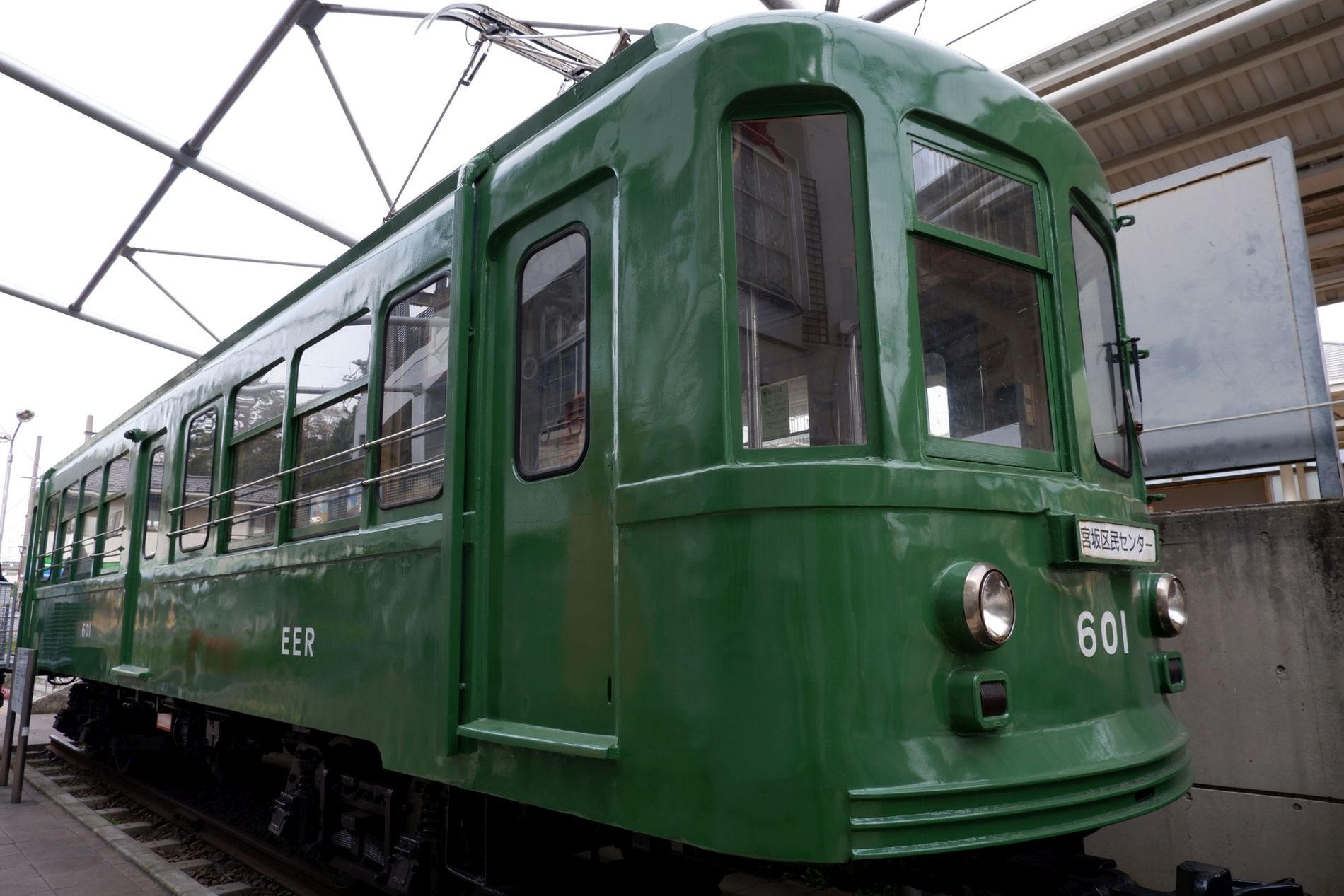 The first major site going west from Sangenjaya is Shoin Shrine (Shoin jinja), dedicated to the memory of Yoshida Shoin (1830-1859), an anti-government political activist who was executed in 1859. Although his life was short and as a teacher he had only a small number of disciples, they were extremely influential in the overthrow of the Tokugawa regime and the establishment and governance of the Meiji order that made Japan a world power by the beginning of the 20th century.

Among Yoshida’s followers were Ito Hirobumi (1841-1909) who drafted the Meiji Constitution and Yamagata Aritomo (1838-1922) the architect of the Meiji legal system and Japan’s modern army.

His followers and others who revered Yoshida established the shrine in his memory in 1882. The present main shrine hall dates from 1927-1928. In this sense, the shrine is of no great antiquity but serves as a reminder of one seminal thinker and his role in inspiring those who created modern Japan.

Within the precincts of the shrine is a replica of Yoshida’s school called the Shoka Sonjuku. The original is in Hagi, in Yamaguchi Prefecture. At the time Yoshida was teaching, Hagi was part of the Choshu fief, one of the four feudal domains that overthrew the Tokugawa regime, and one of the two fiefs (Satsuma was the other) that supplied a disproportionate share of the leaders of the Meiji government.

The influence of Choshu remains in present day Japanese politics. Shinzo Abe, who may become the longest continually serving prime minister in Japanese history, is from Choshu, something that he and the press note from time to time. 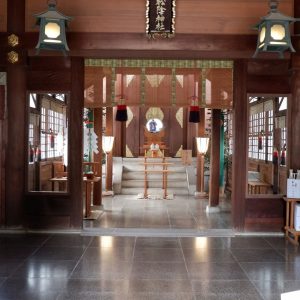 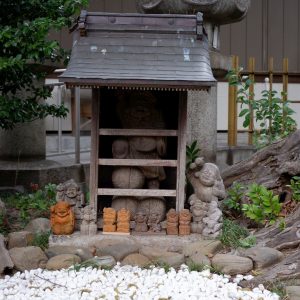 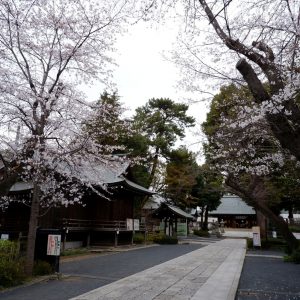 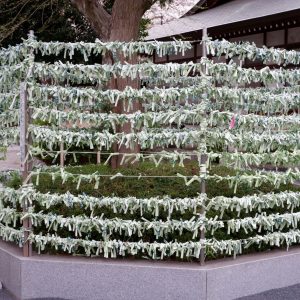 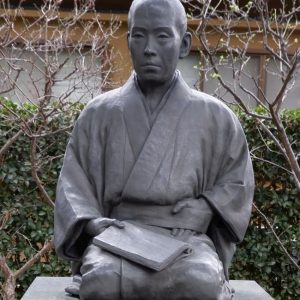 Further to the west from Sangenjaya along the Setagaya Line is the Miyanosaka stop. From there, it is a five-minute walk to Gotokuji, a Shingon sect Buddhist temple noted for its maneki neko (beckoning cats).

The association between the temple and the cats comes from a legend in which a cat belonging to the chief priest at the temple attracted the attention of a passing feudal lord, Ii Naotaka (1590-1659), who thought the cat was beckoning to him. Curious, he entered the temple precincts and was treated to tea and a sermon by the priest. As a result of this invitation he was saved from being drenched and possibly struck by lightning during a violent thunderstorm that struck suddenly while he was being hosted by the priest.

Later, as a token of thanks, he donated land and the revenue from that land to the temple and made it the designated cemetery for his family line. Since the Ii family stood high in the Tokugawa hierarchy, the temple prospered from that point on.

Beckoning cats came to be associated with good fortune. It is not unusual to see beckoning cat figures in Japanese shops, the idea being that they invite customers who will bring prosperity.

When the proprietor of a news agency near my home in Sheffield in the UK asked for a souvenir from Japan, I gave him a beckoning cat figurine after explaining that they were thought to bring in customers. He had it on prominent display until his retirement.

The temple sells beckoning cat figurines, as do shops near the temple. Prices range from a few hundred to 5,000 yen or more, depending on the size.

Gotokuji is noted both for cherry blossoms and autumn colors. My visit was toward the end of the cherry blossom season and this is reflected in the photographs. 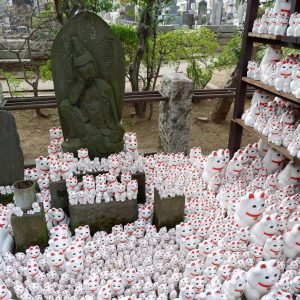 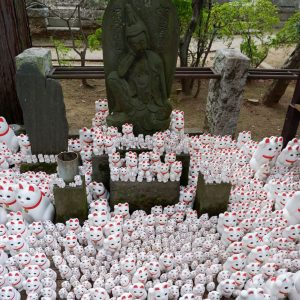 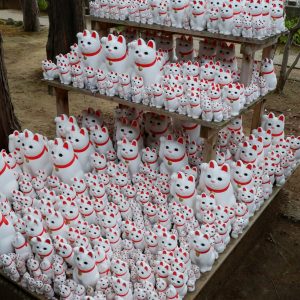 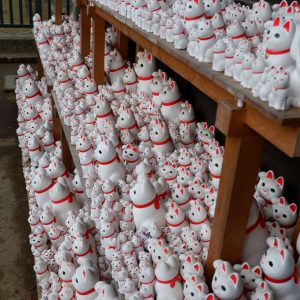 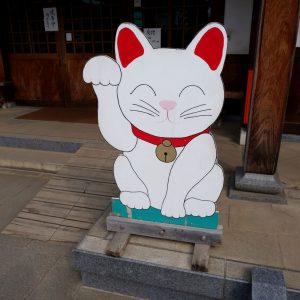 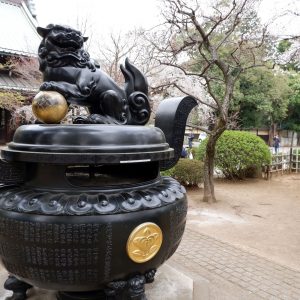 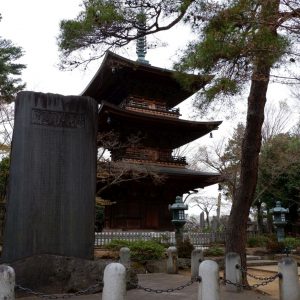 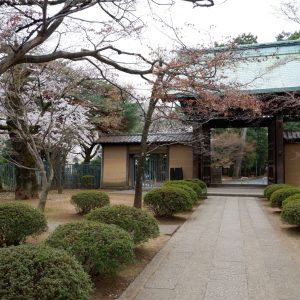 The Shimo-Takaido terminus of the Setagaya Line is a good place to take a break and to see a very bustling Japanese shopping arcade. It presents a distinct contrast with the shopping arcade at the Minowabashi terminus of the Arakawa Line, which is moribund and deserted much of the time. The difference is to be explained by the vastly greater traffic flow through Shimo-Takaido and its location in a very affluent residential district.

Despite their short length, both the Setagaya and Arikawa tram lines are heavily used and a good way to reach a number of interesting sites in Tokyo. For young children, just riding the trams with great visibility of the tracks and surrounding areas can be an adventure.

Day Ride: A “Setagaya Line Explorer” ticket that offers unlimited travel on the tram for a single day is available for ￥300 JPY for adults, ￥170 JPY for children.

Transfers: The terminal stations are transfers points, as is the Miyanoshita stop, which is near the Gotokuji Station on the Odakyu Line.

Accessibility – Trams: There is good wheelchair access with slopes at all stops on the tram line. The floor height of the trams is the same as the platform height and wheelchair users should be able to get on and off without assistance.

Accessibility – Other Attractions: The sites and attractions described in this article are generally accessible, although each site should be queried before visiting.

Additional Information: Further details in English may be found on the tram line’s official website.