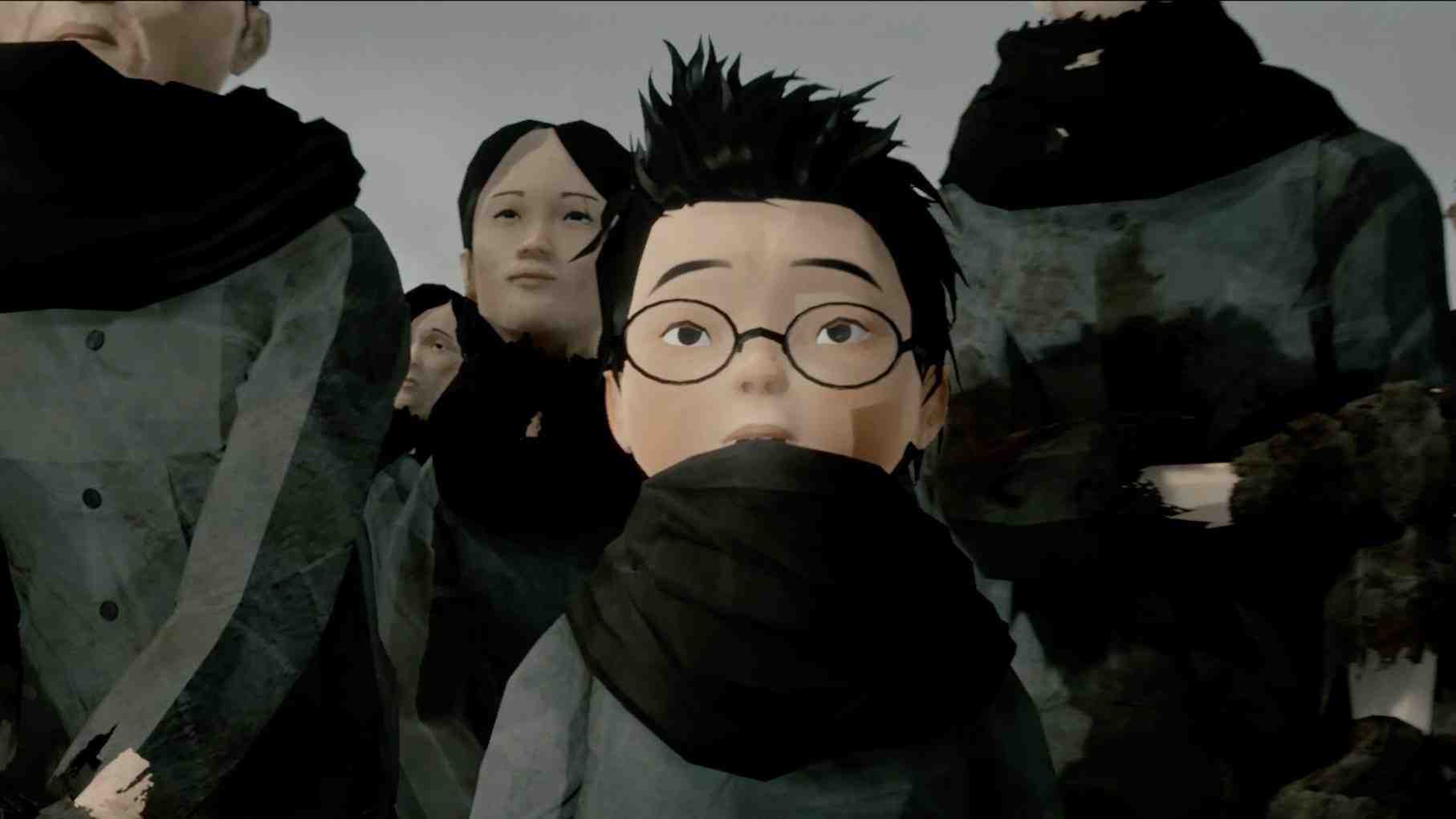 The film’s protagonist, a boy whose parents are Korean residents of Japan, experiences the brutality of North Korea’s prison camp. The powerful film took ten years for director Eiji Han Shimizu, 50, to complete.

A fourth-generation Korean living in Japan, Shimizu sees a part of himself in the protagonist’s life. “I might have had the same fate as the protagonist,” he reflects. “I hope that my work will raise awareness of the people buried in the darkness of the times and open an opportunity for their rescue.”

Shimizu is a native of Yokohama, Japan. Although he has had his share of heartless discrimination, the only times he felt conscious about his origins were when he used his passport to travel abroad. “I tried not to be overly conscious of my roots.”

His perspective changed dramatically 10 years ago. At the recommendation of an acquaintance, he read a book about prison camps and was shocked to learn about the horrific human rights violations in North Korea and the repatriation project of Koreans living in Japan.

The repatriation project was carried out between 1959 and 1984. About 93,000 Koreans living in Japan and their Japanese wives crossed the sea from Niigata Port. At the time, North Korea was advertised as a “paradise on earth,” but what awaited most of the returnees was a life of discrimination and extreme poverty. Some were sent to brutal prison camps, which are depicted in Shimizu’s film.

Fragments of his memory started to connect. He remembered being told as a child that neighbors and acquaintances of his mother and grandparents had gone to North Korea, never to return. Memories of his grandparents began to revive. “If you are a bad boy, we will take you to the mountains of the North,” they used to say.

The parents of the film’s protagonist Yohan are also returnees. Yohan had been living a relatively comfortable life, but when his father became a political prisoner, he was forced into a prison camp with his mother and sister. Separated from his father, Yohan struggled to protect his family.

Through a series of twists and turns, he comes to care for his fellow prisoners, who try to encourage each other in a hopeless place. Yohan shares his food with those who have lost their strength to move, and nurses and comforts prisoners who fear for their lives.

One of the characters in the film is a Japanese abductee. She reveals on her deathbed that she is a victim of abduction, then passes away peacefully as the protagonists sing the Japanese children’s song Akatombo (Red Dragonfly).


Remembering Those Who Suffer

The writing of the screenplay, which is based on detailed testimonies of camp survivors, former guards, and defectors, had been going smoothly until they hit a wall in fundraising—perhaps because of the complex subject matter, which is also political in nature.

Production was happening mostly outside of Japan, and with painstaking effort and the cooperation of animators, the film slowly but surely began to take shape. Shimizu had considered using live action at first, but “the reality of the executions and forced labor was too horrific.” An animation would “appeal to a wide range of people because, while graphic, it has just the right amount of tenderness and warmth.”

Full of foreshadowing, the film leads to a dramatic climax that pierces the viewer’s heart.

Shimizu was in his 40s when he started making this film. “I made the film like I was nurturing my child, because I thought I wouldn’t have children at my age.” But his own baby was born shortly after the film’s release in Japan. “This increased my desire to produce films that I would want my child to see.”

True North has received critical acclaim and won awards at several international film festivals, but Shimizu’s voice is tinged with sadness. “When I think of how the people are still suffering, I feel regretful that it took me 10 years to make the film. I hope my work will help change the situation in a positive way.”