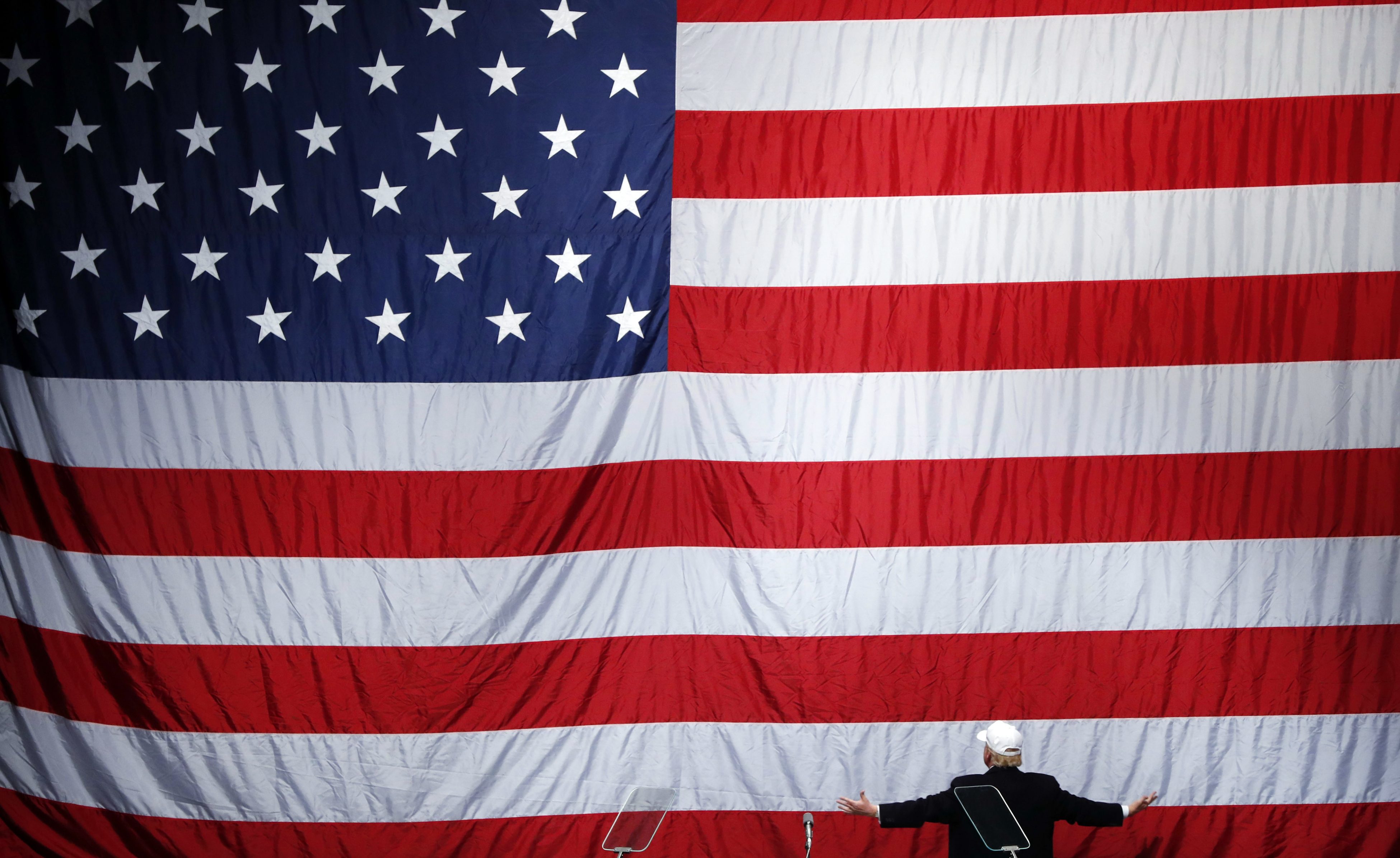 At long last, the day of surprise has arrived.

The combined xenophobic and anti-globalist surge that began with the large-scale influx of Syrian refugees and proceeded to sweep across Europe eventually led the United Kingdom to decide to leave the European Union. Now, it has scored a direct hit on the American establishment.

No, more than a direct hit—it is no exaggeration to say that this surge has broken the establishment into pieces. It is only fitting, therefore, that stock prices in Japan should have plummeted, and the yen gone into a sharp climb, with the election victory of Donald Trump.

The ink was not yet dry on the Trans-Pacific Partnership (TPP) agreement when its continued existence—once thought a sure thing—was called into doubt by the emergence of a new American commander-in-chief. Trump misunderstands joint Japan-US security, believing that the future of Japan’s security guarantees means that “Japan is getting a free ride.”

While it is now redundant to say so, Japan’s Ministry of Foreign Affairs has displayed its incompetence yet again. For the past two months, all of the top officials and veteran powerbrokers with whom we have spoken have, without exception, failed to anticipate a President Trump. Some high-ranking officials even flatly declared that “it isn’t even going to be close.” Perhaps influenced by this optimistic outlook of the Ministry of Foreign Affairs, Prime Minister Abe Shinzō met with Democratic Party candidate Hillary Clinton in September. There is no way to describe this decision now except as a blunder.

The bevy of opinion polls that undergirded the officials’ predictions proved utterly useless. The American media, which were in Clinton’s corner to an inordinate degree, may cry all they want to, but the die have already been cast. However, a Trump presidency is all in how one looks at it.

And, who’s afraid of a President Trump?

President-elect Trump has expressed his frank view and honest opinion, in his own inimitable style, that “Japan should pay all the expenses for the American military bases there.” Japan should respond to this forthrightness in kind.

We must dispense with the illusion that Trump will stop making such wild requests once he is actually inaugurated. If we accept that, at some point, the American military is going to leave Japan, then we should undertake a massive increase in equipping the Self-Defense Forces. In such an event, we will be free to choose to possess our own aircraft carriers, and can also expect to expand our ability to outfit and supply our forces internally. This may even lead to a resolution of the issue of bases on Okinawa.

As the only country ever to have suffered a nuclear attack, the Japanese people have strong feelings about Trump’s “approval” of Japan’s possessing nuclear weapons. Japan as a nuclear power is not realistic, but would be effective as a foreign diplomacy card to play as we eye the developments in the People’s Republic of China.

We should also think seriously about a policy of working within the TPP even without the participation of the United States.

The idyllic world has gone in which our major problems were the fate of Article 9 of the Japan constitution, or of US-Japan security legislation, within the framework of the security partnership between Japan and the United States.

Our prospects now are to aspire to be, like the United States, a great nation, one no longer overly reliant on the American economy or military.