Try On the ‘Samue,’ Japanese Work Clothes for Monks — and the Rest of Us 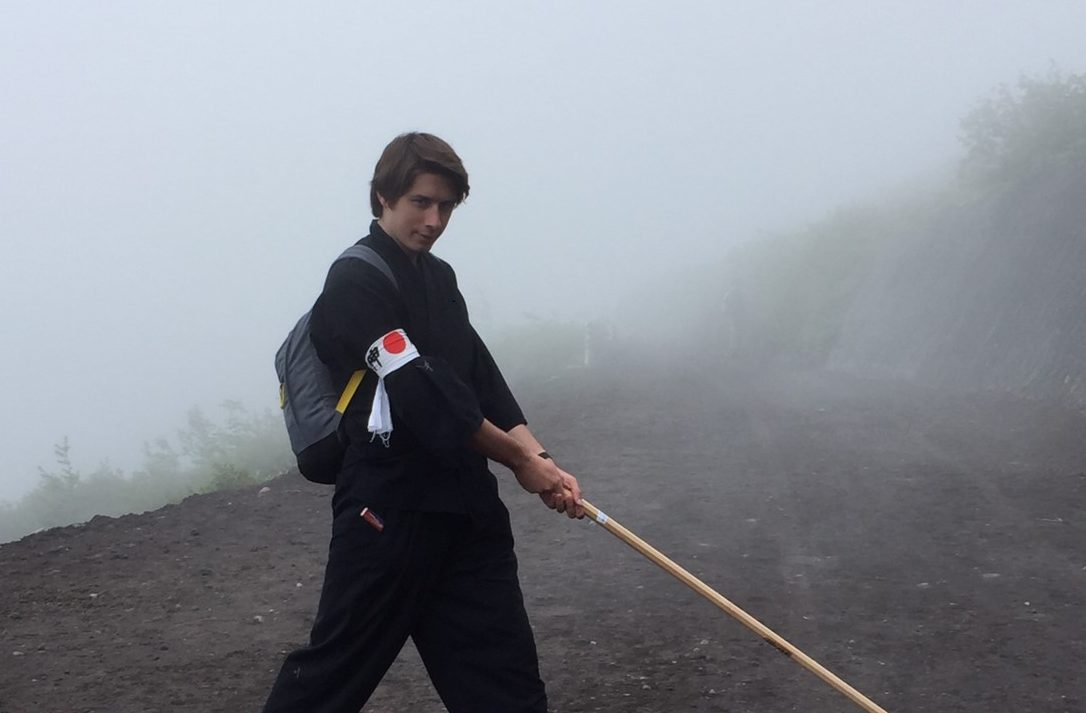 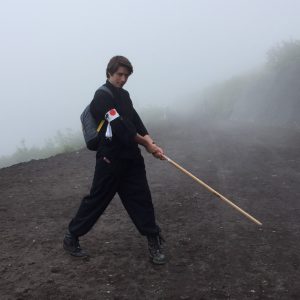 Author comfortable hiking in his samue 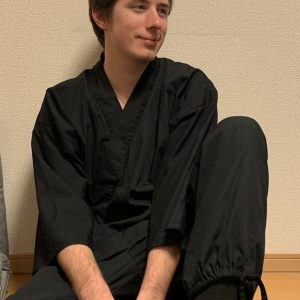 Samue is comfortable for relaxing, too.

When searching for Japanese-style clothes, many newcomers are at a loss of where to start.

Kimono, while luxurious, can be a bit pricey. While perhaps a good investment for the Japanese clothing enthusiast, shelling out a thousand dollars is hardly something one normally does as an impulse purchase.

Cheaper alternatives to custom-made and tailored kimono exist. But for men and women like me who simply break the height charts in Japan, buying any sort of kimono off the rack is impossible. They’re simply not mass-produced to fit my 193-cm frame.

Simple robes, such as the yukata, are cheap and extremely accessible. They can be bought in retail stores and at summer events, and only require an obi belt to be put on properly. However, they’re not wearable outside of the warm months of summer, and can take some time to put on when you’re just getting started.

In comparison, by far the cheapest and most versatile Japanese garment in terms of sizing and fit is the modest samue.

What is the Samue?

I first encountered the samue by accident while walking in the downtown area of Niigata on a Friday night. As I was passing through a crowd of people waiting on the sidewalk for their crossing light to change, I glimpsed a couple with a chic, bohemian look holding hands on the corner. The man was dressed from his ankles to his shoulders in what I thought was a monochromatic jumpsuit — until, upon further inspection, I realized it was a kind of robe.

Soon, I began to notice these robes again and again, every few days and in various different locations around the city.

I asked my Japanese friend what they were, and he told me — the samue.

The samue was invented and popularized by Japanese Zen Buddhist monks. The holy men wore these outfits when performing tasks around the monastery, or while participating in a form of spiritual mindfulness in which they clean, cook, and tend to the grounds with a deep and abiding focus on their tasks.

This kind of meditation through menial labor is called samu, and is where the samue gets its name.

I put this rugged garment with humble origins to the test this year when I climbed Mt. Fuji in a samue. As outerwear, it did the job well enough — it was loose and didn’t bunch up or become uncomfortable at any point in the two-day hike. It was light and breezy, and didn’t hold too much water or weigh me down in the rain.

The outfit is extremely simple. It consists of two pieces: a shirt that is tied shut in the front by two hanging strings, and a pair of pants that are tightened by a similar chord running through its waist.

The material can vary. Modern ones, including those I’ve acquired myself, are typically made of a light-weight, airy fabric. More hardy pieces meant for winter or abrasive work can be thicker, warmer, and allow less air circulation.

Like most traditional Japanese clothing, the samue can be found in a variety of colors, though navy blue and black are the most popular. Additionally, due to their use as work clothes, darker tones are usually preferred to lighter ones in order to hide dirt, soot, and other materials that may cling to them.

Modern Use of the Samue

In modern times, the samue has been adopted into casual fashion and streetwear, as I first noticed. In keeping with the trends, modern samue manufacturers offer the garments in a variety of prints and designs that are less focused on work and more focused on comfort and aesthetics.

Online, I’ve found samue in my size with a variety of color choices. While the first I bought was a pure, neutral black, I’ve since expanded to crimson red and now plan on a purple one as well.

Samue are also seen occasionally being worn, mostly by men, at Japanese festivals, alongside yukata and jinbei.

Vibrant, more cheerful versions of the samue can be bought online or in Japanese retail stores, such as Uniqlo. They’re often marketed as a comfortable and pleasing homewear, meant for lounging and working around the house.

Nowadays, the traditional, understated samue also carries a reputation for craftsmanship and artistry. Masters and workers in traditional crafts, such as woodworking and swordsmithing, often wear these work clothes in and out of the shop. The samue worn by these people are typically of a higher quality than those you can buy in casual stores or cheaply online.

Artists in disciplines such as calligraphy and ukiyo-e also occasionally wear samue while creating. Shakuhachi flute players, as well as shamisen musicians, often use the samue as their outfit while performing.

Of course, the original purpose of the samue has not been forgotten. It is still used today by Zen Buddhists and members of other religious sects for its original, intended purpose.

Considering its versatility and value, the samue has become an important but underappreciated costume in Japanese culture, both past and present. With its affordability, relaxed fit, and simple beauty, it’s a great choice to consider for those who want comfort while they work, lounge, dress up, or take some time to focus their mind.

Timothy Nerozzi is an American journalist living and writing in Niigata, Japan. He reports on Japanese society, Vatican politics, and international policy.