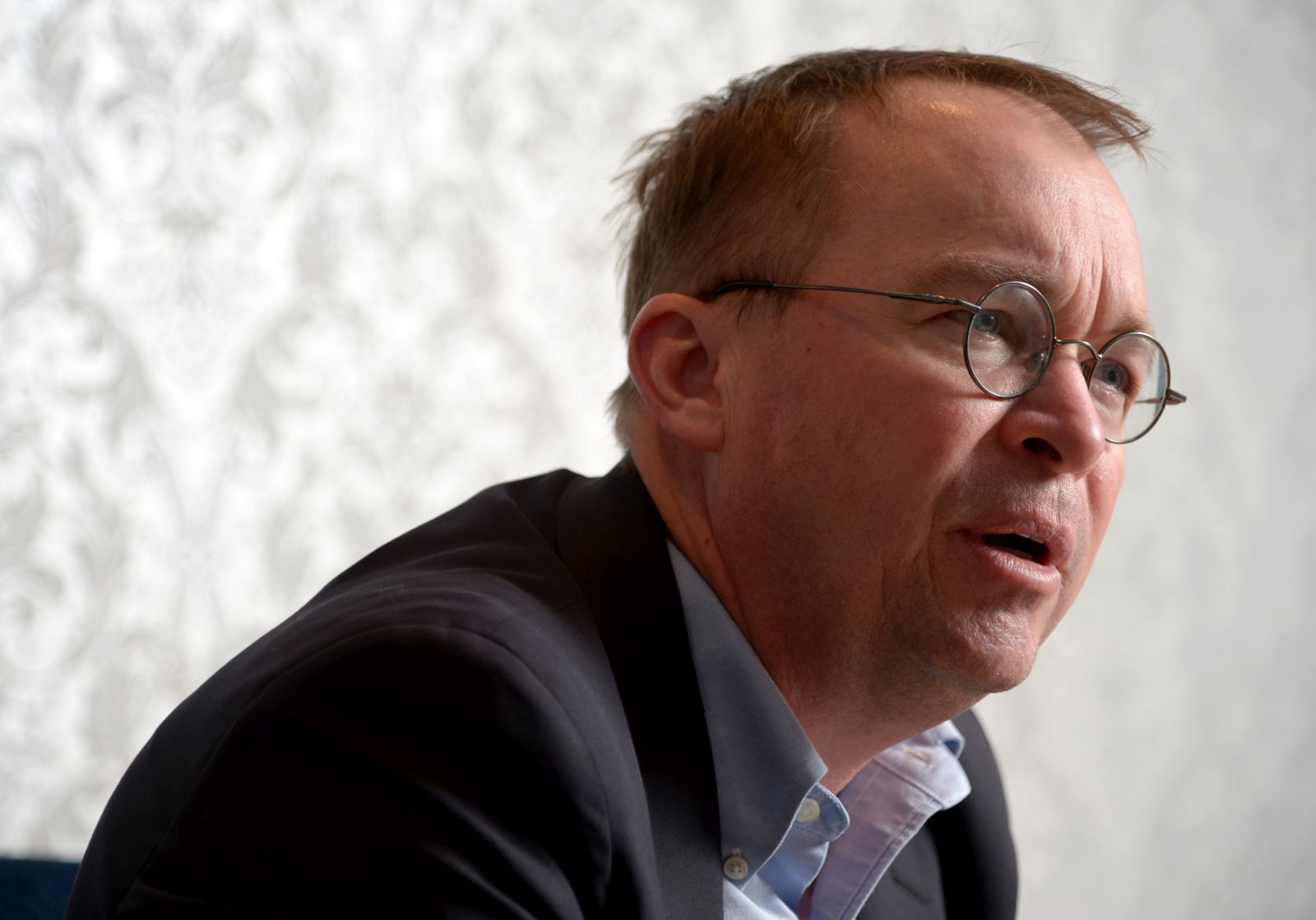 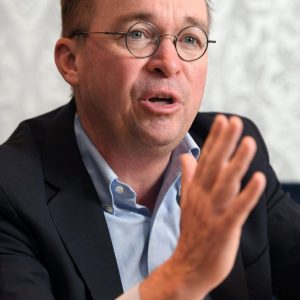 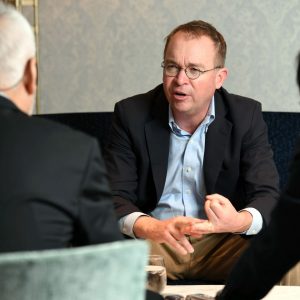 JAPAN Forward and The Sankei Shimbun sat down with Mick Mulvaney, the director of the Office of Management and Budget in the Trump administration, on November 15 at Tokyo.

Here are excerpts from the wide-ranging interview conducted by Hideo Tamura and Kazumasa Bando. Their discussion included topics such as how the administration will change in the wake of the recent midterm elections, the United States’ trade policy with China, and deregulation.

Is the U.S. going to continue the “America First” policy?

America First is still the policy, although this doesn’t mean America alone.

Regarding the recent elections, we lost seats in the House of Representatives, and that will impact us in some ways. But it will not reflect a complete change in operations. The legislative process requires the approval of the House and the Senate and the President. It would be more difficult to get legislative initiatives approved with the Democrats controlling the lower house.

But regarding deregulation and the administrative state, we will continue to control aspects, such as lowering the regulatory burden, regulations.

Do you think that discussion with Democrats regarding sensitive topics, such as the barrier with Mexico, will be possible?

I think there will be a great deal of opposition to the border wall. Border security is one of the defining differences between the Democrats and Republicans. That being said, there is a chance in the next six weeks with Republican control to make some progress on border security.

Right now, this pipeline (process for infrastructure development) on average in the U.S. is 10 years long. So Republicans have been focusing on shortening that pipeline so it’s quicker. Many Democrats disagree with that because of environmental rules and regulations.

Certainly, the possibility of compromise exists. But it is not going to be automatic.

Is it possible that the President might want to make the tax cuts permanent?

There is. When George Bush lowered taxes in 2002-2003 they were supposed to be for 10 years. Due to the way the rules of Congress work, many tax cuts are often temporary when they start. So in 2012 those rates were scheduled to go back up. That never happened.

It’s very difficult for any Congress, Republican or Democrat, to raise taxes or to allow taxes to go up. [In this case] we think there will be tremendous political pressure to extend them and make them permanent. There might be some discussion and compromise about different rates and different corporate treatments, but generally I think corporate tax rates will stay relatively low.

Furthermore, there are a lot of Americans across both political parties who believe that China has been taking unfair advantage of the World Trade Organization rules since they came in. So, many national leaders from all over the world have complained. I therefore absolutely believe that our firm stance against China will continue. There is no reason why these countries can’t have good relationships with each other, but where they don’t, behavior needs to change.

Could you tell us about the Build Act?

The Build Act is an important piece of legislation. There are many countries around the world who have been good friends of both the U.S. and Japan, and we should try to reward that with certain investments. The Build Act gives us another opportunity to do that. More and more countries are learning that [China’s] Belt and Road may not be all that it was proposed to be. Several countries are starting to recoil at the amount of debt payments they have had to take on, recognizing that maybe China is not the best partner. People are interested in dealing with the U.S. and Japan on different infrastructural projects and we are glad to have another tool to do that together.

We are developing good friendships with Vietnam. We have always been friends, obviously, with the Australians. Singapore is a good friend. We’re maintaining our relationship and expanding it with India. So we continue to be active in the region.

With regards to deregulation, which area would you like to emphasize?

We have actually done better than that. For every new regulation we have put out, we have taken off about 23. Furthermore, for every dollar we put on, we are actually saving about USD8 billion a year on lower regulatory burdens. It’s been one of the greatest success stories of the administration that not that many people talk about.

The deregulatory agenda touches every single part of American life. We are trying to focus on all those things. It doesn’t cost governments anything to deregulate, it just makes people’s lives easier.

Have you seen an impact of American deregulation on the rest of the world?

The idea that for one new piece of regulation that comes in, two have to come out, is an idea that was actually created by the Canadians. Austrians are looking to come through on how to deregulate. Other governments, I think, are looking and saying: “The U.S. got back to 3% economic growth. What did they do and what can we copy?”

Japan’s defense budget is 1% of GDP. What do you think of that?

How Japan spends its budget is your business. However, as a conservative, I do believe that a vibrant and rigorous national defense is important. Generally, it’s part of what defines conservatives. I think we are silly if we don’t recognize the world is still a very dangerous place and the world is always going to be a dangerous place. So to have a vigorous national defense probably serves everybody.

Trade will continue to be a centerpiece over the next two years. Many people wonder if the President is just anti-trade. With Canada, Mexico, and Korea, we had disagreements, but we reached a temporary agreement. We are discussing our trade relationships with Japan right now. The President wants to do trade deals. He is not anti-trade. He doesn’t like sanctions for the purpose of tariffs. All he is looking for is better trade for everybody.