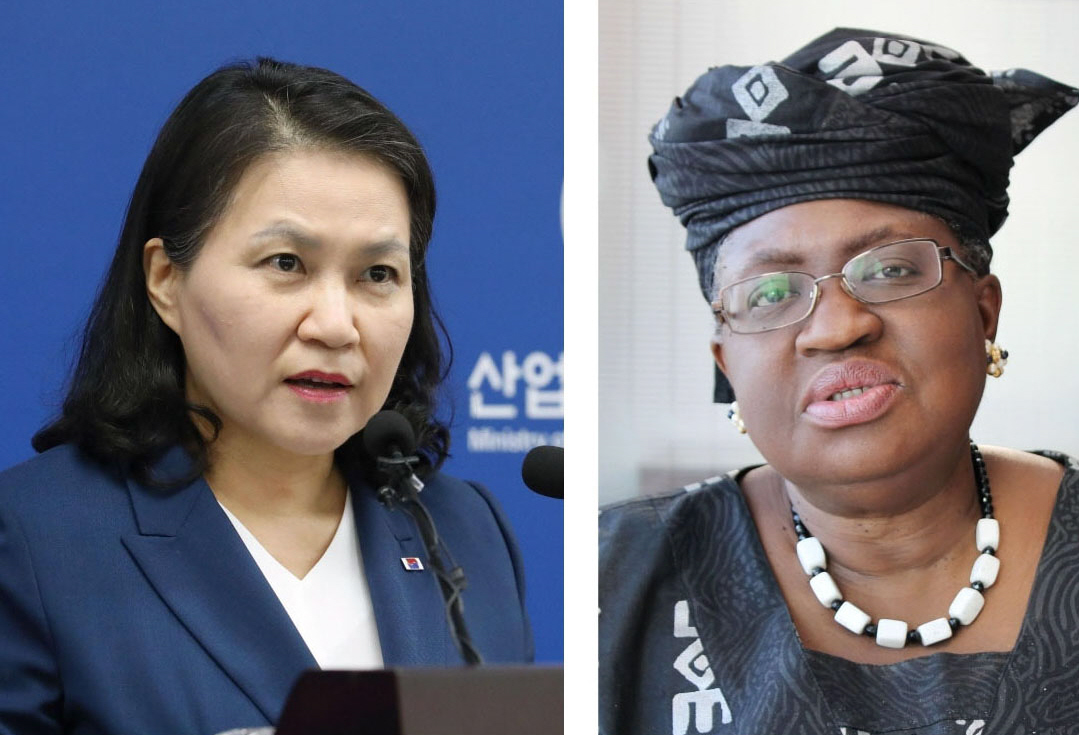 The process for selecting a new director-general of the World Trade Organization (WTO) has entered its final stage, with the slate of candidates having been winnowed down to just two women, neither of whom Japan is enthusiastic about. The less than ideal choice can be judged to be nothing less than a failure of Japanese foreign policy.

The finalists for the position announced on October 8 are South Korea’s minister for trade Yoo Myung Hee and Nigeria’s Dr. Ngozi Okonjo-Iweala, a former finance minister. Either would become the WTO’s first female head. The winner is due to be confirmed by a November 7 deadline.

Japan’s relations with South Korea continue to be testy, while the Nigerian is the candidate favored by a China that increasingly has turned its back on international cooperation. That these two emerged as the last candidates standing represents a diplomatic failure for the Japanese government, which now finds itself struggling to respond to the situation.

A Japanese government source says, “We continue to adhere to our longstanding position that with the United States and China at loggerheads, we desire to see the new director-general be a leader who has the ability to find common ground among the WTO membership.”

However, neither of the two candidates seems likely to be an easy to deal with partner for Japan.

Japan miscalculated from the start of the emergency selection process, which was caused when then director-general Roberto Azevedo stepped down in August, despite having one year left in his term of office.

Since no African had yet held the post, an African candidate was considered to have the inside track in the race, while with gender-neutral tide running high worldwide, female candidates naturally attracted a lot of attention.

Amidst this atmosphere, South Korea launched a diplomatic offensive in support of Yoo. On the other hand, Japan proved unable to either put up a viable Japanese candidate of its own or get behind any strong candidate. Nor did it foresee that Yoo would be able to amass support, most significantly from the EU.

“Just as it did when it orchestrated Ban Ki-moon’s selection as UN secretary-general, again this time South Korea played its cards well,” says Kazuhito Yamashita, an expert on trade policy who is research director at the Canon Institute for Global Studies.

“It just highlighted how Japan did not have talent on the bench ready to step up right away as a candidate for director general.”

Yamashita also pointed out, “We cannot rule out the influence of the new director-general when the WTO creates rules in the future, or when its secretariat issues original (position) papers.”

Assuming that Yoo is selected as WTO director-general, Japan’s weakness in its own Asian backyard will certainly be made apparent.

As for what lies ahead after the new WTO director-general takes over, a Japanese government source says, “A focal point will be if great progress can be achieved in negotiations concerning the rules for e-commerce transactions prior to the WTO ministerial conference, which has been delayed until next year because of the novel coronavirus.”

Observers will no doubt be keeping a keen eye on the course of the WTO director-general election and how it impacts Japan’s efforts to promote reforms in the WTO.

(Find access to the article in its original Japanese, here.)