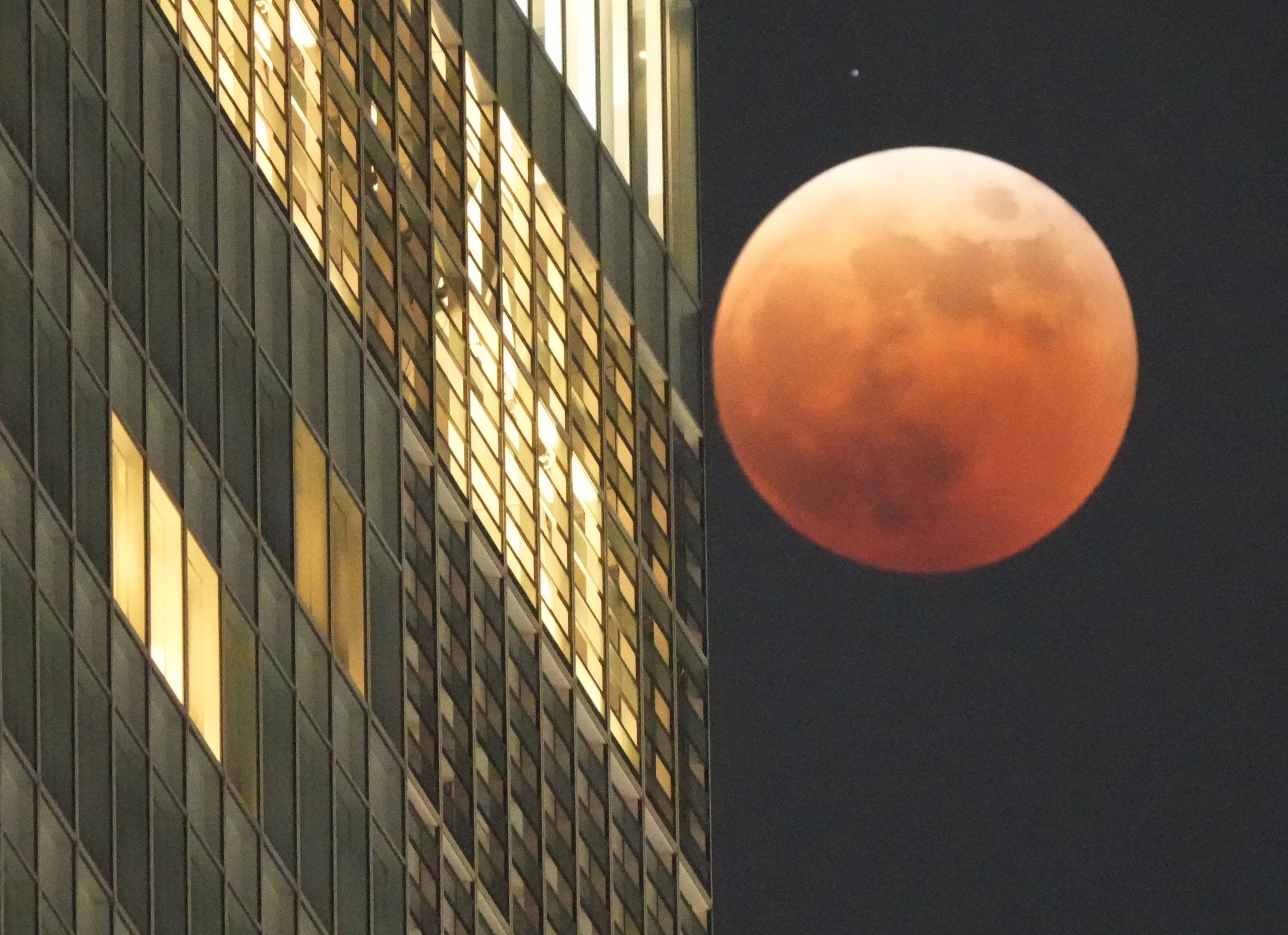 On the evening of November 8, an extremely rare celestial show graced Japan's night sky – a total lunar eclipse during which the moon occulted the planet Uranus. A total lunar eclipse happens when the sun, Earth, and moon form a straight line, causing the full moon to appear reddish black in the shadow of the Earth.

People across the country were mesmerized watching the lunar occultation of Uranus. The planet disappeared behind the moon from the moon's left side, later to reappear on its opposite side.

The last simultaneous lunar eclipse and lunar planetary occultation observed in Japan was 442 years ago in July 1580. The next one will be in 322 years, far off into the future.

About 100 members of the public registered in advance and attended the year's biggest astronomical show on the rooftop observatory of the Roppongi Hills Mori Tower (270 m above sea level) in Tokyo.

The event was part of the Roppongi Tenmon ("Astronomy") Club, the name for stargazing events held at the venue. Three large telescopes and expert commentary were provided. Everyone from children to adults enjoyed the special experience.

The event fell on a weekday, but still attracted a good crowd. One woman commented excitedly, "I rushed here immediately after work from my office in Ueno. I am thrilled to have the opportunity to watch this wonderful celestial show live."

Dozens of Roppongi Tenmon Club stargazing events and seminars are held every year. They began in 2009 aimed at better utilizing the rooftops of skyscrapers in the heart of Tokyo for observing nature.

There was a time when astronomical observation was considered difficult in the Tokyo night sky. Now the beautiful starry sky can be enjoyed throughout the year from the rooftop of Roppongi Hills.

The moon as seen from the Roppongi Hills Sky Deck was selected as one of the "100 Best Moons of Japan" by the Yakei ("Night Sky") Convention & Visitors Bureau.

If you missed the recent event, your next chance to see a total lunar eclipse will be September 8, 2025. And here are a couple of upcoming Roppongi Tenmon Club events if you'd like to enjoy Tokyo's night sky before the end of the year.

These events, while dependent on the weather and atmospheric conditions, are good opportunities to learn about the mysteries of the universe.

The wind on city rooftops can be strong, so be sure to dress warmly and hold onto your hat!