Volcanic Stones Found in Baby Sea Turtle’s Body in Okinawa. Did it Eat Them Accidentally? 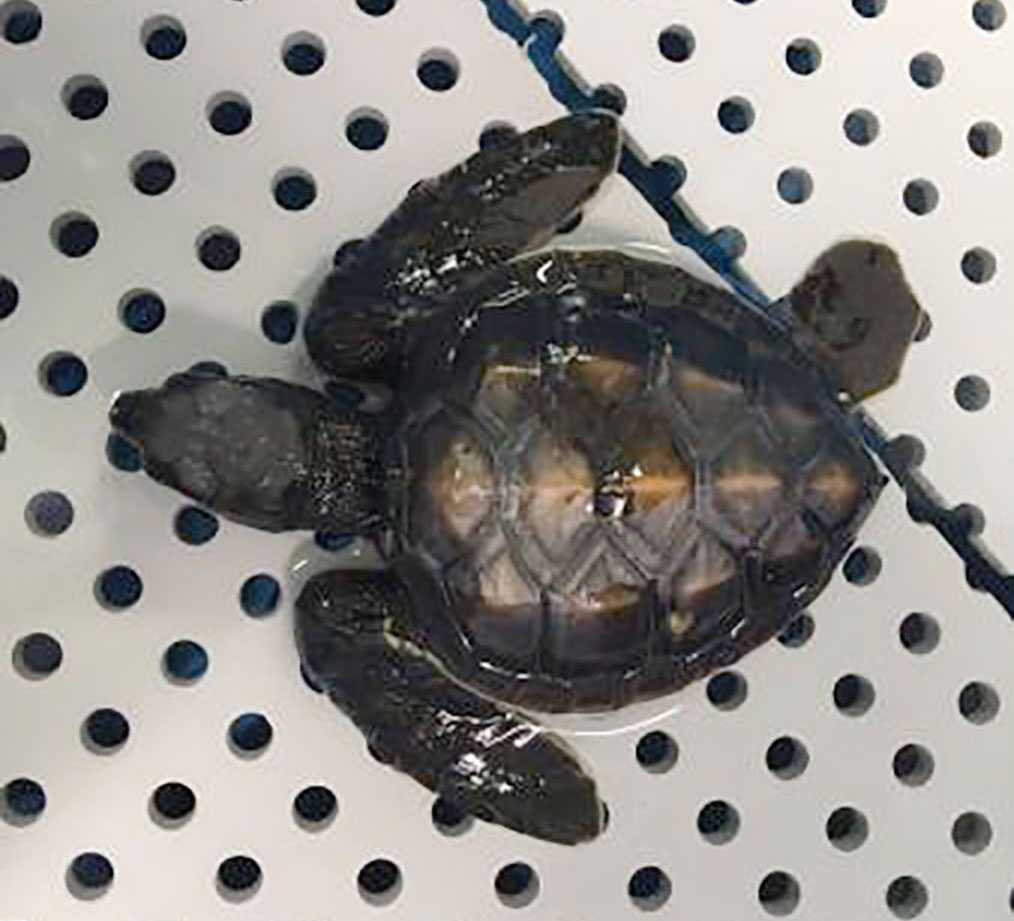 Baby sea turtle rescued on a beach in Okinawa.

A large amount of volcanic stones ー known as pumice ー  were found in the body of a young sea turtle that had been rescued on the Okinawa coast, according to a spokesman for the Okinawa Churashima Foundation on November 13.

The foundation believes that the turtle had accidentally eaten the pumice stones which have been drifting since the August eruption of the Fukutoku-Okanoba submarine volcano in the Ogasawara Islands.

The cause of death of the endangered green turtle is still unknown. It had been found in a weakened condition on a sandy beach near Chatan Town in Okinawa on November 11, and was taken to the Okinawa Churaumi Aquarium. It died the next day.

A computed tomography (CT) scan confirmed that there were large amounts of pumice in its intestines. The turtle, whose shell was 6.5 cm long, is believed to have been born during the Summer.

According to Isao Kawazu, Ph.D. who focuses on reproductive biology and ecology of sea turtles at the the Okinawa Churashima Foundation’s Research Center, “Because it was a small turtle, it may not have been able to eliminate the stones from its intestinal tract.”

Pumice believed to have come from the eruption has been found in various parts of Okinawa and Kagoshima prefectures, as well as in Shikinejima (Niijima-village), one of the smaller Izu Islands of Tokyo prefecture, and more recently along other parts of Japan’s Pacific coastline.