War Survivor Remembers Kamikaze Comrades: ‘We are Here Today Because of Their Sacrifice’ 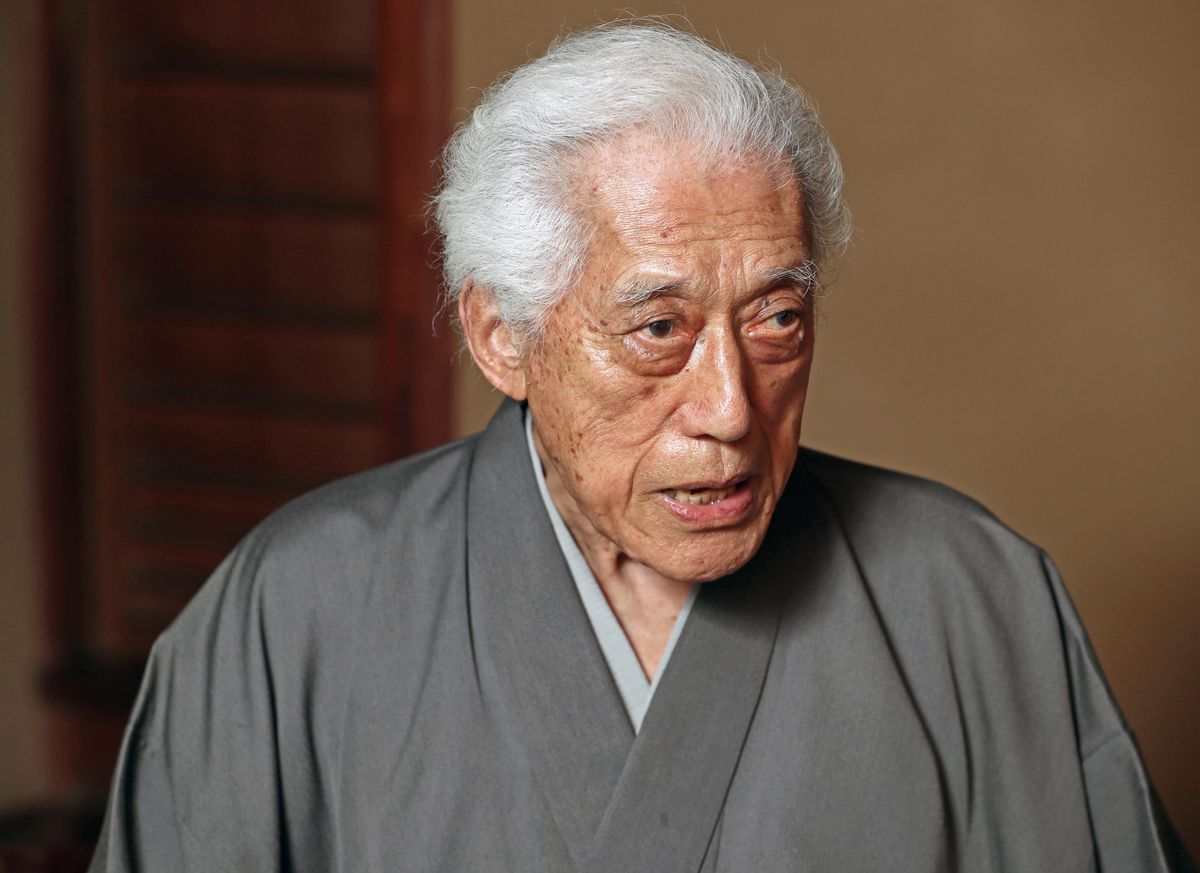 August 15 marked the 76th anniversary of the end of World War II in the Pacific.

Sen Genshitsu, 98, was then a kamikaze pilot, mobilized as a student during the war. He survived the war, and today he is the 15th generation head (iemoto) of the Urasenke School of Japanese tea.

Genshitsu has engraved the lives of his deceased comrades in his heart, praying that the world will not forget their sacrifice. He believes it is the responsibility of those who live today to confront the past and carry its lessons into the future.

In 1943, Genshitsu was drafted into the navy during his sophomore year at Doshisha University. In March 1945, when the tide was turning against Japan, the Tokushima Air Force decided to form a Japanese Special Attack Unit.

A senior officer handed Genshitsu a piece of paper. On it were three options: decline, simply volunteer, or volunteer with zeal. On that day, Sen circled “volunteer with zeal” twice and submitted the paper. Some of his peers voiced their unwillingness to die.

“I was ready for death. But, at the time, I was only a 20- or 21-year-old adolescent. I didn’t understand the nature of death,” he says today.

Genshitsu had read War and Peace by Leo Tolstoy and discussed it with his peers. But none of them could come up with a meaning of death that satisfied everyone.

Of the approximately 3,300 men who served in the same period, more than 400 lost their lives in suicide attacks. Genshitsu heard their tearful cries of “Okasan!” (Mother) as they descended to their deaths, and the final “Dah” from the plane’s transmitter as it plunged into an enemy warship. The harrowing experience haunts him to this day.

The war ended while he was waiting for a sortie order to Okinawa. “It was a terrible feeling to have survived,” he recalls.

After the war, Genshitsu had a chance to meet a former senior officer. When he asked why he was ordered to stand by, the officer replied, “Think of it as your destiny.”

From then, Genshitsu started pondering the purpose and meaning of his life.

Peace cannot be achieved by wishing or shouting. What can be done to secure peace for the next generation? The question always weighs heavily on his heart.

With tears in his eyes, he continues to appeal for peace. “We must not forget that we are here today because of their sacrifice.”

Honsai Sen Genshitsu was born in 1923. In 1943, while he was a student, he was mobilized for war. After demobilization, he graduated from Doshisha University in 1946. In 1964, he became the 15th iemoto of the Urasenke School and inherited the name Sen Sōshitsu. In 2002, he retired as iemoto and changed his name to (Grand Master) Sen Genshitsu. He has been active in the promotion of tea ceremony culture and the realization of world peace.
Advertisement