Kogei: Unique Japanese Crafts the World is Waiting For 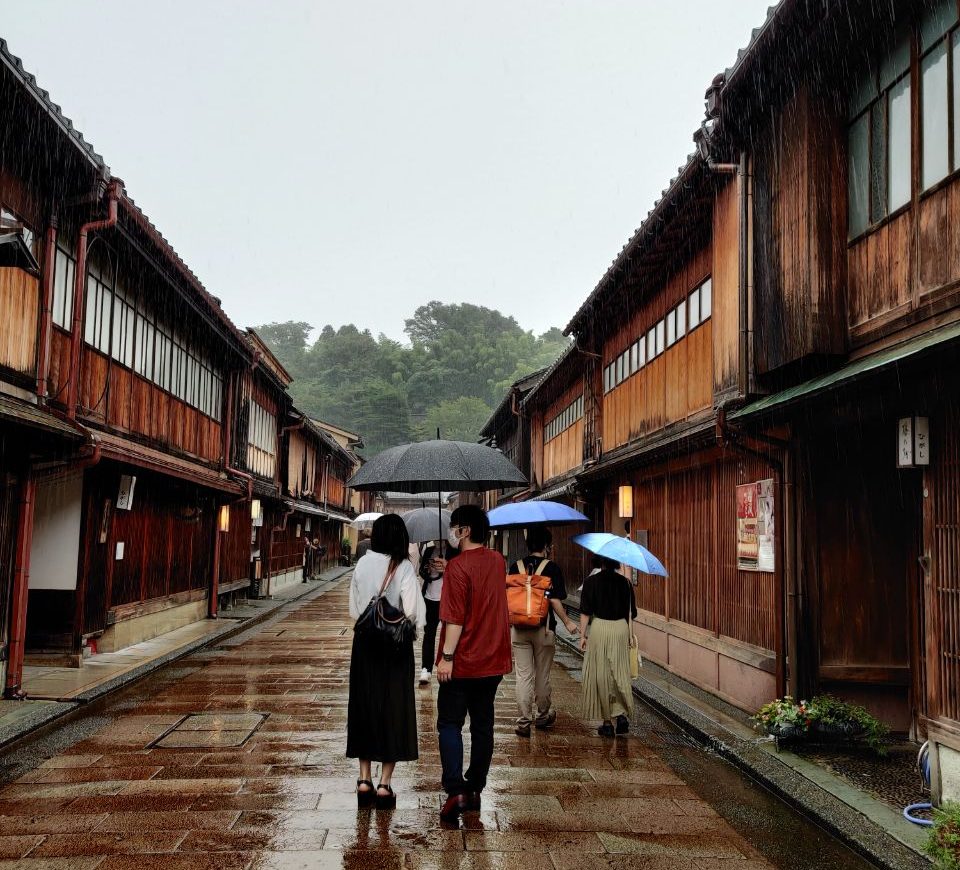 Kanazawa City, in Ishikawa, is a city rich of history and culture.

(First in a series)

The city of Kanazawa, capital of Ishikawa Prefecture, hosted the International Hokuriku Kogei Summit on August 14, focused on presenting the world of kogei (roughly speaking, crafts) from Japan to the world.

Located along the Japan Sea and removed from the more well-known cities of Tokyo and Kyoto, Kanazawa was a natural location choice, given its rich history and tourism experiences that cannot be found anywhere else.

The city has flourished culturally from the time when the Maeda clan set up in Kanazawa Castle and developed the city in the late 16th century. Large portions of the city have stayed largely unchanged since the Edo period (1603-1868), which traces cultural roots to locations like the Kenrokuen, one of the Three Great Gardens of Japan, or the characteristic Higashi Chaya district.

The summit highlighted the uniqueness of Ishikawa’s kogei culture, and the reasoning for holding the summit in this location. Grand Tea Master of Hoshinkai, Soshin Kimura, an advisor to the summit, told JAPAN Forward that “in this region, the concept of valuing things has been cultivated by Japanese people for a long time, and the relationship between people and things is still very close.”

Using the daily experience in his profession, Kimura reflected on the importance of crafts as a theme: “I think that choosing the elements of life (kogei), and living with them, and enjoying them, is extremely valuable and important.”

“Judo has become a word that we don’t translate, we use it as it is. I would like for kogei to become like that,” said Kimura.

How craft permeates the lives of people in the region is clear from the moment one steps into the city — from the Kutani pottery decorations in the station, to the stunning decor taking inspiration from 36 types of different local crafts at Hyatt Centric hotel, to the countless craft objects in shops and restaurants the city has to offer.

Yet, why focus on craft in the first place? After all, many of us might not consciously think about craft being a part of life.

The concept of the symposium was to focus on how craft isn’t just something associated with fine art, or relegated into a museum, but rather “kogei and daily life.”

Kimura said that kogei’s versatility allowed it to fit into the lifestyles of all people, from enjoying a product as an art piece, to choosing one that could be used day-to-day and make daily life more enjoyable.

“In reality, it’s a beautiful idea that in Japan there were not those of the upper class that had art, and the lower class who didn’t. From the unique art piece to the daily tools of life, for everyone, craft was something to enjoy,” explained Kimura.

Kimura also described the repetitive motions that had become embedded in the fabric of a region, like the sound of a train conductor announcing the train’s arrival by calling out “Kanazawa” or the action of punching train tickets, as parts of kogei as well.

“I think that you could say that Japan’s way of life is kogei. Of course, with the modern way of living, life is becoming more fast-paced and moving away from craft,” reflected Kimura. “But In Ishikawa, they are still in touch with the local way of living, which is ethical, ecological.”

Relevant in the Modern Age

Even with the realization of craft being meaningful, the next step is often how to demonstrate its relevance in modern society.

Kimura explained: “I think there are two aspects to sustainability. On the one hand, there is the aspect of having products which can be used for a long time in a sustainable way. On the other, there is also the process of creating an environment where continuing to make these objects is sustainable.”

Unlike other events of its kind, this summit included experts from different walks of life who could bring an economic and social perspective to the world of craft.

World-renowned architect Kengo Kuma, the keynote speaker, noted that the kogei concept is what connects interior design, architecture, and landscaping, and is intertwined with one’s lifestyle.

‘The World is Waiting’

The symposium also consisted of a panel discussion with speakers from a variety of sectors in the craft industry to address the future of crafts in the modern world.

Eleventh-generation potter Chozaemon Ohi XI is a world-renowned artist with international appeal who has even created a current in pottery, Ohi-yaki, a style that incorporates Ishikawa’s traditional crafts as well.

Another panelist, food environment producer Fumi Kimura, coordinates various pieces of kogei to create an environment in hotels or dining experiences that complement the occasion. She was behind the organization of large events such as the leaders’ G20 summit dinner in Osaka in 2019.

As the name of the symposium suggests, each of the panelists have an international tie and work to spread the culture of Japanese kogei globally. While discussing practical challenges of marketing and design, it was an exciting and inspiring opportunity to reflect on the potential of Ishikawa craft for an international audience.

As was most aptly summarized by Kengo Kuma at the end of his keynote lecture, “The world is waiting.”

In addition, what was striking was, while Japan had in the past shown strong admiration for foreign goods, the summit showed that Japan, and specifically Ishikawa, had much to offer with their unique crafts.

“From an economic point of view as well, Japan has developed outwards, but I think there has been a little forgetfulness of what was right in front of everyone,” continued the Grand Tea Master Soshin Kimura.

The tea master added, “Exactly because this is an age when one can easily be connected to the rest of the world, I think as a Japanese it’s essential to have the tools to communicate one’s own identity and culture to the world.”

The Symposium event can be viewed online at this link.

JAPAN Forward will be delving deeper into the ideas of each panelist on the future of kogei, and the ways in which Ishikawa is showcasing Japanese culture in articles to follow.  RELATED: