Welcome the Unexpected in Studio Ghibli's New Movie, ‘Earwig and the Witch’ 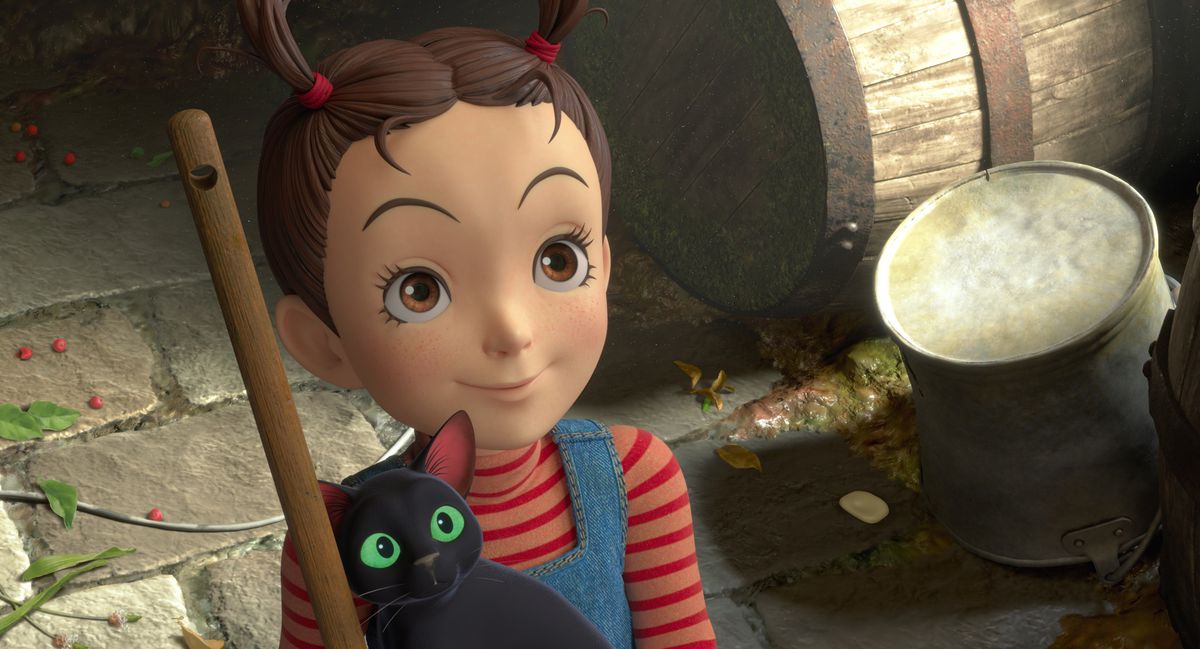 Studio Ghibli's 'Earwig and the Witch'

Ghibli’s latest feature-length animated movie, Earwig and the Witch was released in cinemas in Japan on August 27.

Unlike its several successful earlier anime films, such as My Neighbor Totoro (1988) and Spirited Away (2001), with this new film production company Studio Ghibli is embarking on a completely new way of telling the story.

Earwig and the Witch is created using 3D computer graphics for the first time. The Sankei Shimbun and JAPAN Forward talked to the film’s director, Goro Miyazaki (54), to learn more.

In the story, Aya (Earwig in the English version), a 10-year-old girl, is adopted by a witch and forced to do housework. Initially, she is not keen on the idea because she had been promised that she would be taught magic, and she doesn’t see any sign of this. At that point Aya rebels ー and fights back.

“Aya is a good child,” Goro Miyazaki says, laughing. “But she’s not a typical Ghibli-like heroine.”

The story is loosely based on a novel by Diana Wynne Jones, an English writer who also wrote the story of Howl’s Moving Castle (2004), another Ghibli film.

But unlike the previous anime, this story begins and ends with a slapstick scene in the witch’s house.

As Goro Miyazaki explained, “I thought it would be more interesting to create something by focusing on the characters rather than relying on the storyline, as in the earlier anime films.”

Noting that this work brings to mind some original anime films, except that it uses the latest 3D animation technology, Miyazaki added: “I thought we might have a chance of success there.”

Goro is the eldest son of Hayao Miyazaki, 80, who directed and created many of Studio Ghibli’s masterpieces. Goro had stayed away from his father’s film world, instead designing parks and other facilities as a landscape architect, until he was invited to build the Ghibli Museum in Mitaka, Tokyo. When it was completed, he became the director.

Then Studio Ghibli was confronted with a problem: Hayao Miyazaki expressed his will to retire, but the Studio wanted to see more anime films in order to make the museum successful.

Goro, who was in the midst of producing the film Tales From Earthsea (2006), provided food for thought for Studio Ghibli, and they recommended him as a successor.

But the father was furious. “I will not stand for a director with amateur taste,” he said. The father and son didn’t speak to each other for three years thereafter.

A workaholic, Hayao Miyazaki rarely came home in the evenings when Goro was a child, so the two had rarely argued during the son’s formative years. Yet, when Goro entered Studio Ghibli, the master film director was unforgivingly strict.

In the end, however, the father gave in. Following Tales From Earthsea (2006), he acquiesced and let Goro do this third film, Earwig and the Witch, handing over the original script and telling his son, “Do as you wish.”

What is Earwig’s Message?

Aya (Earwig) is not a typical Studio Ghibli character, so what was Goro Miyazaki trying to convey through her?

“With declining birth rates, I think that children today must feel suffocated to live in an environment where they are surrounded by adults. I wanted to explore how they see their world, what they want to be, and how they can make it happen,” said the film director.

The typical Studio Ghibli character is clean, proper and beautiful. Aya is none of those, but that is what makes her interesting, suggests the younger Miyazaki.

Earwig and the Witch was released in Japan nationwide from August 27. The film is one hour and 22 minutes long.

Goro Miyazaki was born in Tokyo in 1967. Choosing not to follow his father’s footsteps, he worked as a landscape designer after graduating from Shinshu University. He was the director of the Ghibli museum in Mitaka, Tokyo, from 2001 to 2005, before joining Studio Ghibli as an anime film director.

He is also designing a new Ghibli Park, scheduled to open in Aichi Prefecture in 2022.