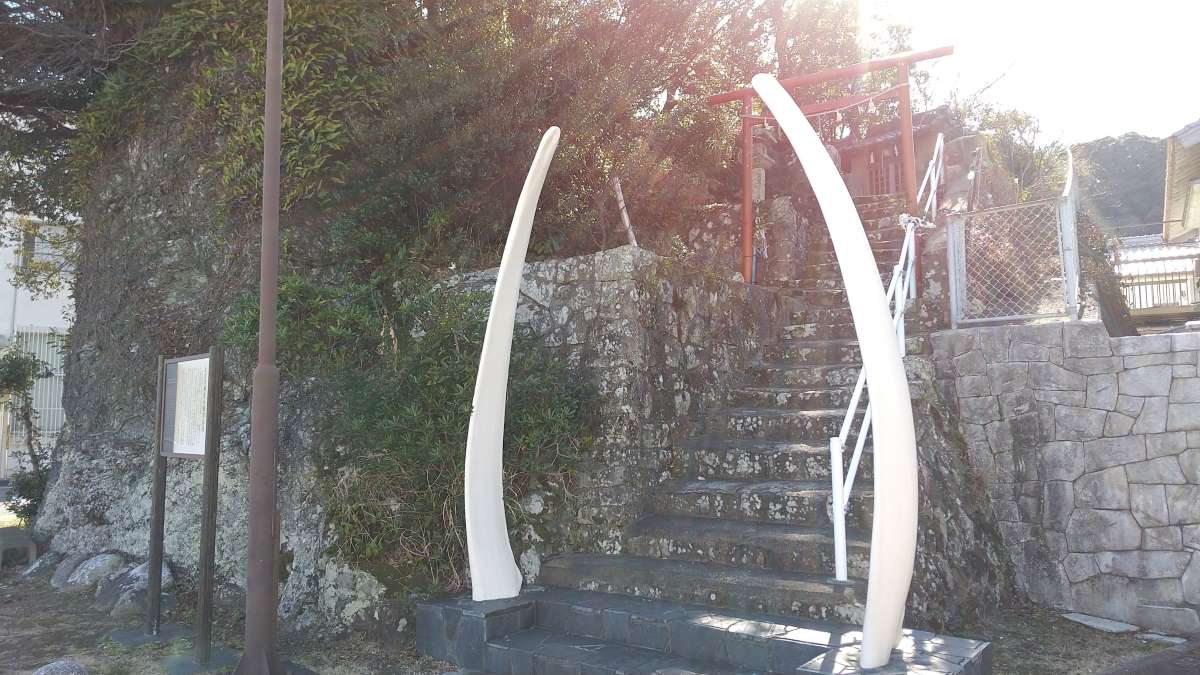 The “Whale Bone Torii” in front of Ebisu Shrine in Taiji, Wakayama Prefecture.

This is the first of a series of five articles on “Whales in the Japanese Landscape.” The series is part of a larger ongoing collection published by the Sankei Shimbun in Japanese, titled “Tales of the ‘Watatsumi’” after the Japanese god of the sea.

Traditional whaling, which prospered during Japan’s Edo Period, was both a large industry that commercialized one of the ocean’s great resources, and a unique culture.

What did whales mean to the Japanese, and to the human race? The author set out to investigate and unravel our relationship with whaling.

Just off of Taiji Harbor in Wakayama Prefecture, two large whale bones nearly twice my height stand at the entrance of Ebisu Shrine. The “whale bone torii” (a torii is a gateway to a Shinto shrine), is made from the jawbones of a sei whale.

When I saw it I thought it was part of an old religious tradition to honor whaling, but it turns out to be quite recent. The torii was first created in 1985, and the one that stands there now is the third generation.

Story Behind the Torii

The Edo-Period poet and author Ihara Saikaku, who was based in Osaka, wrote about the torii in a story in his book The Japanese Family Storehouse (Kadokawa Gakugei Publisher, 2009 edition, in Japanese):

You can read the rest of this story and learn the story behind the Torii at this link. This article was first published by Whaling Today on May 18, 2022. Check out Whaling Today for deeper and unique insights into Japanese whaling culture, whale conservation efforts and sustainable whaling.

(Read the column in Japanese at this link. This article is published in cooperation with the Institute of Cetacean Research. Let us hear your thoughts in our comments section.)

Hideaki Sakamoto is a member of the Sankei Newspaper’s Osaka editorial committee for the local news division.This series aims to experiment with new approaches in examining the spiritual history of Japanese that interact with the sea.