Whales in the Japanese Landscape: Taking Life, The Naked Providence of Nature 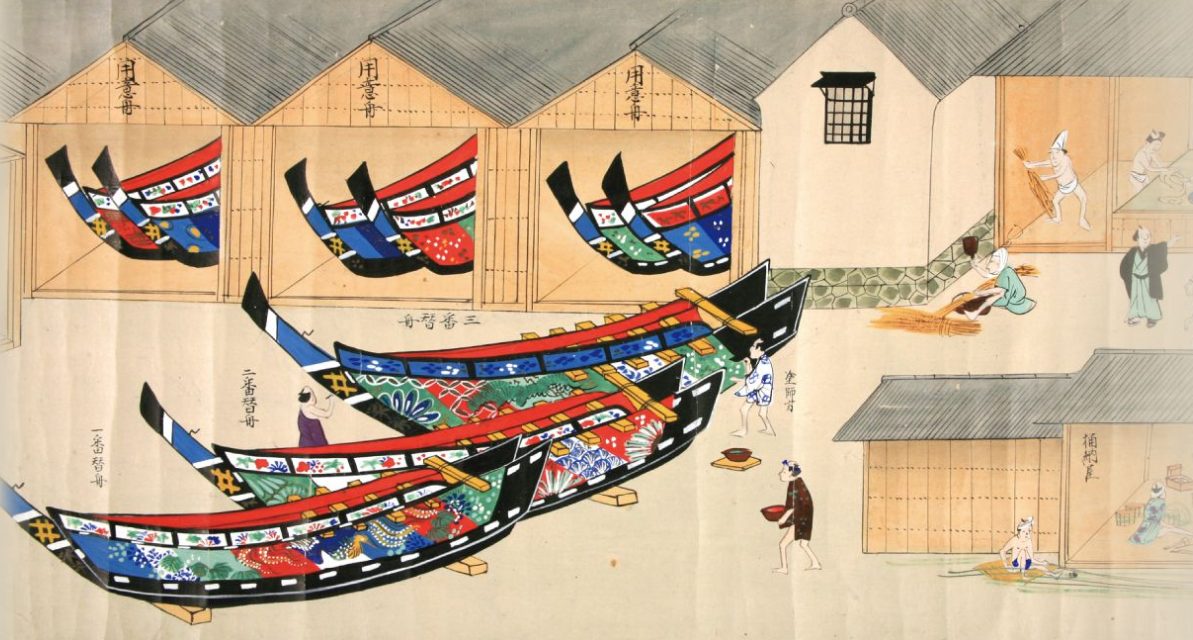 1st Part: Whales in the Japanese Landscape: Natural Resources and Root of Manufacturing

4th Part: Whales in the Japanese Landscape: Proud Thieves Seeking the Riches of the Sea

This is the fifth of a series of five articles on “Whales in the Japanese Landscape.” The series is part of a larger ongoing collection published by the Sankei Shimbun in Japanese, titled “Tales of the ‘Watatsumi’” after the Japanese god of the sea.

In this part, we take a look at traditions of respect paid to the life of whales that were caught, and the rites of appreciation that sent the sacrificed giants’ spirits off in peace.

Traditional whaling was a violent struggle between man and whale. At the end of the long battle, the fishermen that had conquered the whale chanted the Buddhist rites and sent its soul to the afterworld.

The whalers lived in a brutal reality, one that took advantage even of the love between a mother whale and its child. Some scholars are even investigating the link between the brightly painted whaling boats of the era and the belief in the Buddhist afterlife.

A bridge made of whale bones spans a small lake on the grounds of Zuikoji Temple in Osaka. This is the Setsugei Bridge, which is even depicted in the Settsumeshozue, a famous collection of illustrations from the Edo period.

The bridge was constructed in 1756 from 18 whale bones that were delivered from Taiji.

According to the temple, the chief priest was on a pilgrimage when he visited Taiji, and the locals asked him to pray for a plentiful hunt. He first refused on the grounds that the taking of life was forbidden under Buddhism, but relented when he saw the suffering caused by the recent lack of catches.

He prayed for a successful hunt and the local fishermen were blessed and able to catch a whale. The bridge was built as a memorial.

Successive chief priests of the temple have preserved the bridge and rebuilt it in the years since. The present-day version, constructed in 2019, is the seventh generation. Current Chief Priest Akifumi Toyama says that over the generations, the bridge has “expressed the feeling of living in penitence after breaking a (Buddhist) commandment.”

In the days of traditional whaling, a short moment of silence was held at sea at the instant when an enormous life was taken. In Kyushu, as a roiling whale breathed its final breath and sent up its death cry, the whalers were said to have chanted the “Namu Amida Butsu” Buddhist sutra for the dead three times, and chanted a short Buddhist prayer for right whales.

Stone markers built to memorialize dead whales remain all along the Japanese coast, from Aomori to Aichi to Oita.

Praying They Rest in Peace

One scholar is investigating a possible religious meaning behind the brightly colored designs on the traditional whaling boats used in Taiji.

You can read the rest of this story to learn about Japanese whalers and the religious beliefs that guided them, their respect for whales and living with the consequences of devastating accidents, past and present at this link. This article was first published by Whaling Today on July 24, 2022.

(Find the column in Japanese at this link. This article is published in cooperation with the Institute of Cetacean Research. Let us hear your thoughts in our comments section.)