‘What About Beijing?’ Manga Bares the Soul of the Debate to Cancel Tokyo Olympics 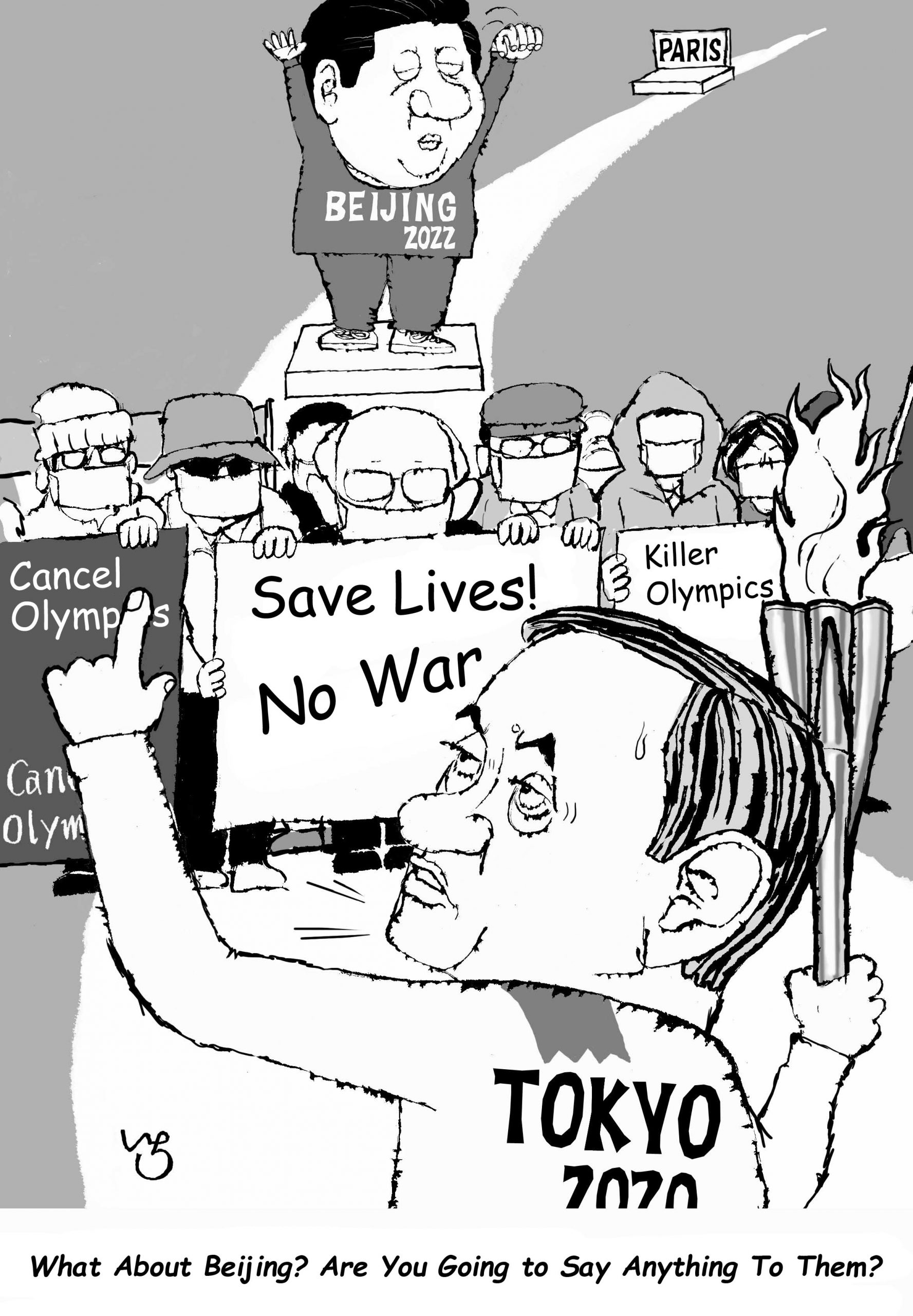 Copyright of Suguru Ichihara, Published on Sankei Shimbun on May 19, 2021.

Manga artist Suguru Ichihara drew an ironic image of the Olympics debate, published by The Sankei Shimbun on May 19.

In it, he managed to put his finger on the incongruities featuring in the Tokyo 2020 Olympic Games debate, which is continuing to gather attention all over the world.

The manga on the surface points to the growing tension which is building in Japan regarding whether the Olympics can be held safely, given the COVID-19 emergency.

However, more importantly, the image also manages to capture the double standards and political purposes permeating the domestic exchange, and even more so, the gaping absence of comment on the next Olympics. The Winter Olympics and Paralympics are set to take place in Beijing starting from February 4, 2022.

The Beijing Games, too, have come into sharp focus recently. On May 18, U.S. House Speaker Nancy Pelosi called for a “diplomatic boycott”, in which heads of state would not attend the Beijing Winter Games, as a way to protest the infringement of human rights in China.

The counts directed to China sre many, namely the abuse of human rights against the Muslim Uyghur minority in the Xinjiang region, as well as against Tibetans and inner Mongolians, and the suppression the rights of Hong Kong people.

According to the official statement, on May 18 in the U.S. Congress, speaker Nancy Pelosi called on her colleagues:

“But for heads of state to go to China in wake of a genocide that is ongoing while you’re sitting there in your seats really begs the question: What moral authority do you have to speak again about human rights any place in the world if you’re willing to pay your respects to the Chinese government as they commit genocide? So honor your athletes at home.  Let’s have a diplomatic boycott, if in fact, this Olympics takes place. Silence on this issue is unacceptable. It enables China’s abuses.”

The Congresswoman had already called attention to the issue of human rights abuses in China in 2008 during the last Beijing Olympics, when she had said: “The Olympic Charter states that the Olympics should seek to foster ‘respect for universal and fundamental ethical principles.’ Sadly, the Chinese government has not lived up to its commitments to improve the human rights situation in China and Tibet.”

The bill is currently being amended to add a clause regarding the Beijing Olympics boycott, and will then be appraised by the U.S. Senate as a whole.

On the other hand, debate in Japan has been quite scant on how to approach the 2022 winter Olympics in China. China’s President Xi Jinping, in early May, expressed public support for holding the Tokyo Olympics.

With less than two months until the start of the Tokyo 2020 Games, and 254 days until the Beijing Games, the debate shows no signs of abating.