What is Japan Doing as Its Enemies Provoke Divisions With America?

As North Korea continues upgrading its intercontinental strike capacity, the United States and South Korea are responding with largescale military drills. But China’s expansionism and Japan’s shrinking population and weakening power are continuing apace while, within America, political divisions are growing steadily worse. This is a challenging security environment for Japan in which no decision should go unexamined.

Do we really understand what is motivating diplomatic and security decisions right now? Let’s examine decision making at two levels: at the university level, and at the municipal level.

In 2015, the Japanese government’s defense equipment agency ATLA (Acquisition, Technology, and Logistics Agency) set up a Security Technology Research Fund for universities and other professional researchers. In response to this, the Science Council of Japan reiterated a longstanding pledge, made in 1967, that “scientific research will not be conducted for military purposes.”

ATLA stressed that its fund was based on the “benefits of so-called dual-use technologies, meaning advanced civilian technologies made possible through defense technology.”

But, in accordance with the Science Council’s pledge, some universities issued decisions prohibiting their researchers from applying for ATLA’s new fund.

Masashi Nishihara of the Research Institute for Peace and Security has expressed his opinion on this problem in the pages of the magazine Seiron, and I am in agreement. I will leave the pros and cons of subsidizing research for another article. What I would like to stress here is whether these universities’ decisions are grounded in intellectual honesty.

We must constantly be considering what kind of connection science ought to have to military affairs. Obviously the two cannot be entirely separated, and we cannot stereotype the matter as the Ministry of Economy, Trade and Industry being a safe agency to cooperate with and the Ministry of Defense being dangerous. It cannot be ignored that Japan’s situation, both internal and foreign, is quite different today than it was 50 years ago in 1967.

We cannot leave the questions of how universities should consider dual use technologies, and how academic freedom can be maintained, to be decided within the campus or by a minority of voices. As the Ministry of Education proceeds in globalizing Japan’s universities and promoting international collaboration, it cannot be ignored that turning our backs on the considerable funding for military research available at Western universities (particularly in America) would have a dramatic impact on Japan’s capacity to compete. This question must be argued seriously. 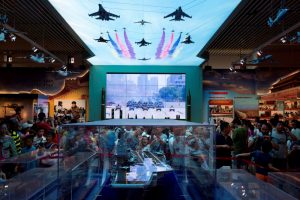 Universities must recognize that no matter how little a decision on this matter affects their own organizations, they are also participating in a larger discourse. What’s more, ATLA also needs to evaluate whether or not it has properly taken into account the complex situation at Japan’s universities.

Some universities cannot expect to ever receive subsidies, but nonetheless eagerly rush to signal their morality through proclaiming a complete ban on accepting military research funds. This is akin to the “anti-nuclear warfare peace city proclamations” being issued by municipalities that will never conceivably be selected to host a nuclear installation. These sorts of rash proclamations merely dodge the responsibilities of considering the above questions.

Let us look now to municipal-level decision making. In August, when United States President Donald Trump announced his withdrawal from the Paris agreements on preventing global warming, 14 states and over 100 cities across America announced their intention to maintain the agreement. It was a display of the real power of America’s municipalities.

However, these same municipalities have the ability to influence foreign relations for the worse. With a unanimous vote, the San Francisco Board of Supervisors agreed to accept the donation of a statue of comfort women, and Mayor Edward Lee let the matter pass without a veto. In response, this past November, Osaka City Mayor Hirofumi Yoshimura announced he was cancelling Osaka’s sister city relationship with San Francisco, ending 60 years of relations.

As a fierce power game continues in East Asia between Japan, China, Russia, and North and South Korea, ethnic groups and human rights organizations in America’s cities are playing a subtler power game, based around optics. To respond effectively, a tough strategy is needed.

Is Drawing a Firm Line Inhospitable?

Why do Japanese people have such a low consciousness of this need? When historical inaccuracies and extreme expressions, like “sex slavery,” are proffered, we must be able to respond coolly and carefully. The resources by which this game is played are optics. What’s more, Chinese and Korean populations are on the rise in the United States, while the Japanese-American population is steadily decreasing, so the structure of this “game” puts Japan at a disadvantage.

Canceling sister city relations may be seen as drawing a firm line within Japan, but seen from the perspective of the diplomatic course being set by participating municipal authorities, this cancellation is just as inhospitable as accepting the statue in the first place. It may be that some of the groups involved in this incident got exactly what they wanted: opening a split in the sister city relationships between Japan and the United States.

We will soon reach the 150th anniversary of the Meiji Restoration, when Japan opened itself to the West and began building relations with foreign countries. To mark the anniversary, Shiba Ryotarō’s masterpiece Clouds Above the Hill deserves another read. Shiba keenly observed that “when Japan’s newspapers and public opinion began to prefer a bias towards one particular side, this always drew the country into crisis.”

Regardless of what side we take in this argument, “drawing a firm line” sometimes indicates a rejection of dialogue and a lack of strategic and tactical thinking. Universities and municipalities, as well as the media, must seek a balanced and deliberate attitude. They must be conscious of their own participation in this discourse and take on the responsibilities they have as participants.

Koji Murata is a professor at Doshisha University. This article was originally published on December 13 in the “Seiron (sound argument)”column of Sankei Shimbun.