Positive responses to the government’s proposed acquisition of long-range cruise missiles exceeded 68.5%, dwarfing those thought the “acquisition is unnecessary” (28.7%), the latest poll conducted by the Sankei Shimbun and the Fuji News Network (FNN) showed.

However, opinions were divided over what circumstances the long-range cruise missiles should be used in. Of the respondents, 34.3% said “their use should be limited to island defense matters,” while 34.2% said that “depending on the circumstances, they could also be used to attack enemy bases.” 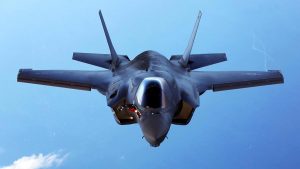 The two media companies jointly did the opinion poll December 16th to 17th.

Support for Prime Minister Shinzo Abe’s Cabinet was at 47.5%, almost level with their 47.7% approval rating in the previous poll (November 11th to 12th). The disapproval figures were at 44.6%, 2.2% higher than last time.

With regard to Article 9 of the Constitution, 27.7% said “the continued existence of the Japan Self-Defense Forces (JSDF) should be clearly stated.” Meanwhile 23.8% responded that “it should be revised with the role of, and constraints on, the JSDF clearly outlined.” A further 12.3% said that “it should be revised with the name of the JSDF changed to ‘National Defense Forces,’ as in other countries,” while 33.3% answered that they “oppose” constitutional reform.

Regarding the two-trillion yen economic package approved by the Cabinet on December 8th, 38.8% of respondents said that they were “impressed,” whereas 43.6% of respondents were “unimpressed.”

Income tax reform measures found “agreement” among 58.4% of respondents. They included reducing tax paid by freelancers and the self-employed, while increasing the tax on company workers earning over JPY8,500,000, as part of the 2018 Tax Reform Plan put forward on December 14th by both the LDP and Komeito,

The LDP got the highest approval rating among political parties, garnering 37.7% of the vote – a loss of 0.8% from the previous poll. The Constitutional Democratic Party of Japan (CDPJ) came in as second with 13.9%, the Japanese Communist Party next with 4.3%, Komeito with 4.1%, the Japan Restoration Party with 2.4%, the Party of Hope with 2.3%, and the Democratic Party with 1.8%.

In this latest opinion poll, affirmative responses to the question of constitutional reform reached over 60%, indicating that the initiative is gaining acceptance among Japanese citizens.

On December 18th, the LDP’s Headquarters for the Promotion of Revision to the Constitution carried out preparations to deliver an interim report by the end of the year. However discussions are likely to prove difficult, given that, even within the party, opinions are divided on the Article 9 revision.

At a press conference on December 18th, LDP Executive Acting Secretary-General Koichi Hagiuta stressed: “Prime Minister (LDP leader) Shinzo Abe’s proposal regarding Article 9 is not the LDP’s proposal. We will carefully consider what kind of article should be drawn up.”

Prime Minister Abe has proposed inserting recognition of the JSDF without altering Article 9, Section 1 and 2. However, within the party, especially among members involved in defense matters, there has been strong support for the 2012 LDP Draft Constitution Proposal, which deletes Section 2, and openly uses the term “National Defense Forces.” They argue that the right to self-defense becomes unclear if one recognizes the JSDF while also leaving Section 2 untouched, since Section 2 renounces the right to maintain military forces.

According to Mr. Hagiuta, the LDP’s initial intention was to draw up a draft constitution before the year’s end. However, “concrete discussions will begin after next year,” in keeping with sentiments within the party and public opinion trends.

Opposition parties, such as Constitutional Democratic Party of Japan (CDPJ), have openly opposed Prime Minister Abe’s constitutional revision, and the revision schedule is being delayed minute by minute.

(Click here, here, and here to read the original articles in Japanese.)