What It’s Like when Returning Home Means Hotel Quarantine First 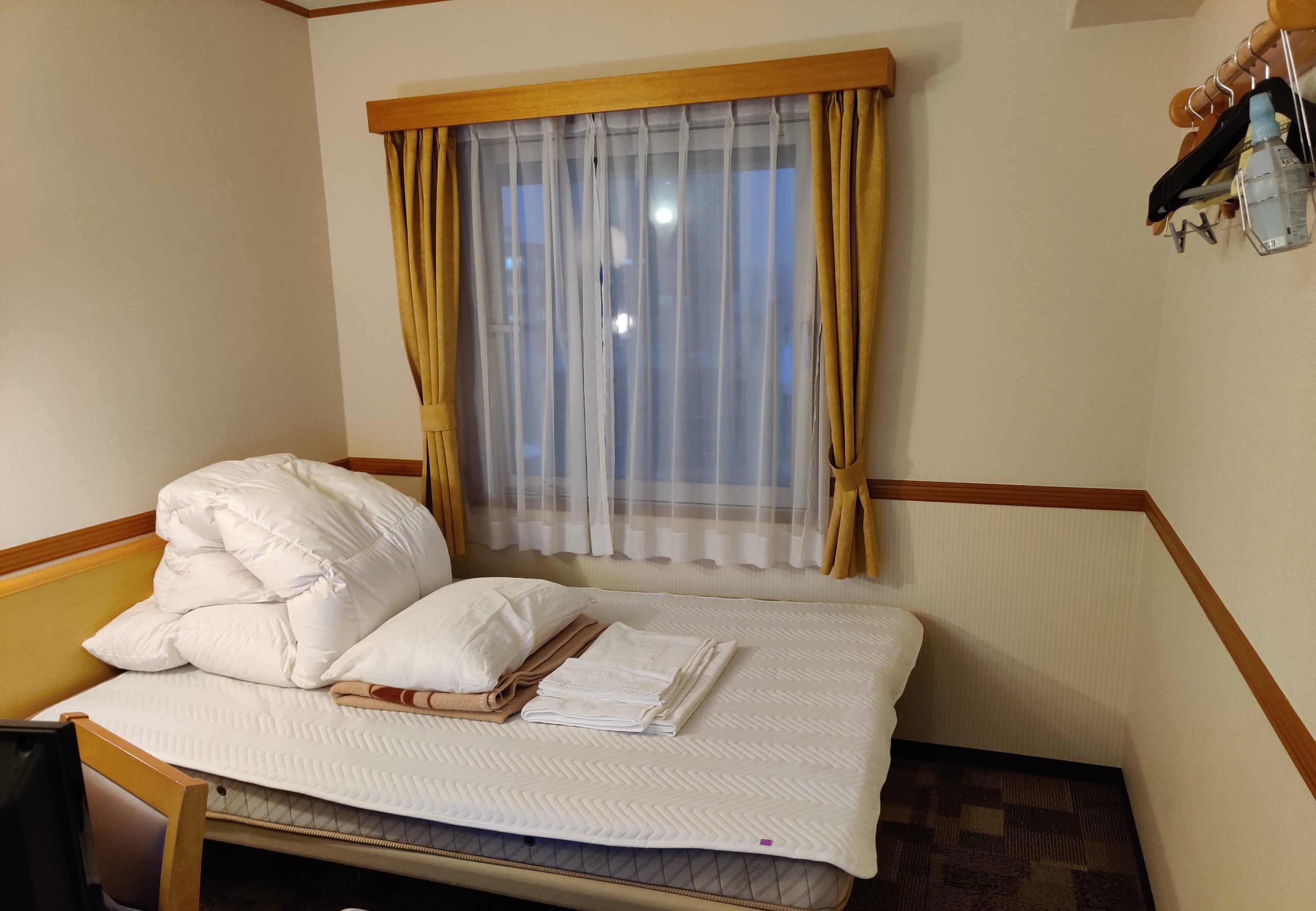 Welcome to hotel quarantine in January 2022.

Coming back to Japan these days is a tricky business.

On November 30, 2021 Prime Minister Fumio Kishida enacted stricter measures for those coming into the country. He also halted the issuance of new visas.

Since November 30, Japanese and foreign residents coming from a list of countries with high Omicron risk need to stay in an accommodation arranged by the government upon arrival, for a period of three, six or ten days. The list is long, and there is a full one here.

In mid-December, there had been reports of returnees being taken far from Tokyo, to Fukuoka, Sendai or Nagoya, as hotel capacity for coronavirus related stays in the capital was reaching breaking point.

What was my experience going to be?

Here are some of the things learned in the process of six days of government supervised hotel quarantine, from my arrival at Narita International Airport to the time I reached home in my flat in Tokyo.

In Italy often one needs to ask questions and double check everything so that in general things go as planned.

In comparison, arriving in Japan and getting all the paperwork done was a blissfully smooth experience.

From the moment one lands at Narita, passengers are escorted in an orderly fashion off the plane and through the airport. Various forms must be filled out, paperwork checked, cell phone apps downloaded for declaring your health condition and location during quarantine, and the “on arrival” PCR test must be taken.

Each step was smooth and there was little to no wait, with the exception of the waiting time for the PCR test result.

Upon being told “Congratulations, your PCR test was negative!” passengers exit the health control area and finally proceed through immigration, to find that even their luggage is tidily stacked next to the conveyor belt. Lest you think you are then free to go, stop and think again. You and your fellow passengers (who tested negative) are led through customs and onto a bus, to be sent off to a hotel for the mandatory quarantine.

My bus had just over ten people on it and the driver took us to a Toyoko Inn (hotel) in Mito City, Ibaraki Prefecture, approximately 2 hours away.

The hotel room was very much like an average business hotel in Japan. Clean and simple, it had a double bed, a desk, a bathroom, and not a lot of extra space.

But with wi-fi, a TV, and perhaps some entertainment packed in the suitcase (a video game console? or perhaps crochet?), the days go by surprisingly fast.

There was enough room to do some basic exercise on the floor and one could use a blanket as a mat.

Amenities included a kettle and a hair dryer, and there were some cleaning supplies if one wanted to clean the room during their stay.

From an official quarantine perspective, everyone receives an automated video call once a day, and is asked to confirm their location multiple times a day.

Every three days, passengers are asked to take a PCR test first thing in the morning. Scheduled at 6 AM, this is a clever way of getting people to test before they have a chance to eat or drink anything, but it can be a bit rough on those who don’t enjoy early starts.

Of course, one can’t talk of a quarantine stay without mentioning the main thing that most people worry about: food.

Three times a day, at almost Swiss-watch-punctuality, a bento box is hung on your doorknob for breakfast, lunch and dinner.

The food quality was  good, and enough to keep me pretty full for the six days that I was there, without craving snacks between meals.

It might not be your cup of tea, but there was something fried in almost every single meal (including breakfast). At times there were also interesting combinations, perhaps in an attempt to make the food more breakfast-like (potato-salad-filled pancakes, anyone?).

Overall though, no complaints on the food. For the fussy eaters, admittedly the food was cold by the time it was delivered. I recommend picking up your food as soon as it is delivered. At times the white rice could still be warm!

Your diet will likely be a standard Japanese meal, with some green tea or miso soup on the side. If there are any other cravings (in my case, it was coffee), passengers can either bring it with them or order it online to have it delivered. Haneda airport has recently introduced lockers where passengers can pick up items that they have ordered on Amazon before heading to the hotel.

Did I mention the best part? The stay and the food in the hotel are all completely free.

Get Informed With The Online Community

On Facebook, there is a Return to Japan Support Group. It includes posts on everything from applying for visas to the quarantine hotel experience.

These days, the latter content overwhelms the feed. Basically only those with resident status can enter the country, and many now have to go through hotel quarantine.

One of the most entertaining subjects is looking online at what other people have done in their return travels. It turns out that one can learn quite a lot from these posts.

There are those who go so far as to buy equipment to warm up their food. Many share their food experiences, including tips on what to expect and what to bring with you.

Sharing humorous compilations of the daily automated video calls – where travelers confirm their location – is popular, too. We recommend checking out this page: sharing is caring.

The hardest leg of the journey was, funnily enough, the final stage of the return home.

On the last day of hotel quarantine, passengers take a PCR test. If the result is negative they are free to go – on to the next step, at least.

Travelers are taken by bus from the hotel back to Narita Airport, where they are obligated to take one of the allowed modes of transportation back home. (One of the many forms of paperwork signed before being cleared by immigration is a passenger promise to follow these rules.)

The options? Rent a car and drive yourself, hire a pre-arranged taxi (you cannot take one from a public taxi stand), ride in an authorized train, or take a special bus to a hotel where you are a registered guest.

That makes the trip back expensive. If one takes the train-to-pre arranged taxi plan (as recommended on the site), the total ends up being ￥20,000 JPY ($175 USD). Rental cars for one-way travel can also be expensive, depending on the provider. And let’s not talk about hiring pre-arranged taxis from Narita, which is in Tokyo’s neighboring prefecture.

The Immigration Services Agency of Japan released a report in October 2021, saying that in the first six months of that year, just under 650,000 people came and went from Japan. This includes 199,086 Japanese who left the country, and 459,415 foreigners who entered Japan.

On average, this means that about 3,500 people entered per day. The figure is likely skewed for January 2021, since many foreigners entered in that month, before the enactment of new restrictions.

Even so, it’s mind-boggling that such a huge operation is carried out for thousands or even hundreds of people per day.

This realization makes it more understandable why Japan’s borders are not open for short term visitors or new immigrants at this time: it would be difficult and costly to keep such a system in place if significantly more people enter Japan.

In fact, when the flow of people did increase compared to normal – including during the holidays – passengers were sent to hotels in Sendai, Nagoya or Fukuoka. Some were sent to university dormitories.

In addition, the limited modes of quarantine-approved transportation available in Tokyo mean that it’s inevitable that many will not respect the rules, especially upon exit from Narita after the hotel quarantine. In recent months the Skyliner train was added as an option for transportation from Narita to the Tokyo region. Before that, and now if you don’t live along that rail line, the only viable modes of transportation are rental cars or pre-arranged taxis.

Are There Changes Coming?

It will be interesting to see what changes come to this system in the coming months, especially as more of the health impacts and risks of Omicron become clearer.

Some business leaders have called for border measures to relax. If that happens, the current model may no longer be feasible.

What options could be considered?

For those infected with mild symptoms, send fewer to government-paid quarantine hotels.

Quarantine periods might also be shortened in the future, which would affect the current hotel quarantine scheme.

In addition, on January 15, Prime Minister Kishida announced the shortening of quarantine from two weeks to ten days for those with close contact with COVID-19 patients, and those returning from abroad.

The situation is fluid. But, in the meantime, if you do end up in hotel quarantine in Japan, rest assured: it isn’t all bad.