What Makes China Think It Can Manage an Unpredictable, Disruptive Taliban? 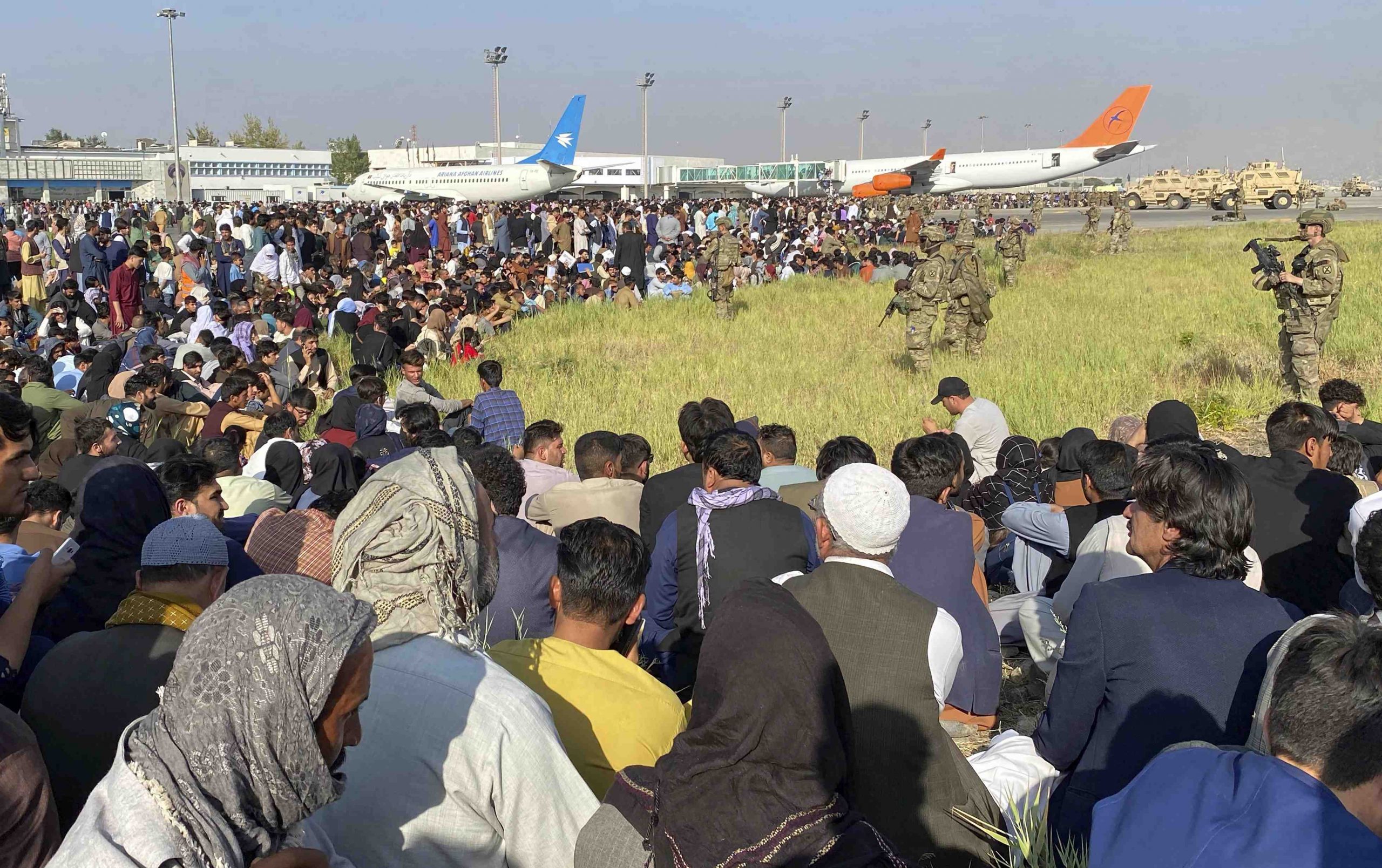 Large numbers of people flee the Taliban, converging on Hamid Karzai International Airport, which is controlled by the U.S. military, in the hope of boarding one of the planes flying out of Afghanistan..

The colossal human catastrophe unfolding in Afghanistan – due to the rushed, inexpedient, and highly ill-judged withdrawal of United States forces – will remain etched in military history as a blunder to be never committed again. The Biden administration’s thoughtless withdrawal from Afghanistan has resulted in the worst-case scenario unfolding with unforeseen velocity, washing away 20 years worth of gains that sought to stabilize the war-torn nation.

The chaotic scenes and images coming out of Kabul, Kandahar, and other cities in Afghanistan have been disturbing beyond belief. The entire world saw the messy, frenzied human calamity as Afghans displayed endless despair to escape the dreaded Taliban rule.

China, quite characteristically, has chosen to interpret this as “the Afghan people’s right to decide their own destiny and future.” This was made clear in an August 16 Global Times commentary titled “China Respects Afghans’ Choice.” That article quoted the Chinese Ministry of Foreign Affairs’ spokesperson as saying that Beijing was willing to continue to develop friendship and cooperation with Afghanistan.

Yet, doesn’t China need to provide an explanation as to when and how the Afghan people made such a choice?

Warlord-insurgents, namely the Taliban, have taken back control of Afghanistan. And the situation will only get worse from here, both for the Afghan citizens and the region. The conflict and instability promise to spill over far beyond the Afghan borders, as a rampant Taliban rages through the country.

The American exit has directly translated into an ominous comeback to prominence of China, Pakistan, and their portentous regional alliances in Afghanistan’s politico-military state of affairs. While most of the world has watched the Afghan upheaval in horror, China was quick to slip into the seeming power vacuum left in Kabul, as I had predicted in my April 2021 JAPAN Forward column.

The U.S. withdrawal of troops from Afghanistan has provided China the opportunity to cozy up to the Afghan insurgents while at the same time pursuing its goal of investing in Afghanistan, as it has been doing in Central Asia and Pakistan. While client-state Pakistan will attract a fair share of the limelight in the regional game playing, the role and control of China, its principal benefactor, shall be the one to watch out for. Given its oft-expressed discomfort with America’s long-term presence in Afghanistan, Beijing will prudently be weighing its role and strategic options in the region.

Beijing displayed quick realpolitik pragmatism when it warned that a hasty U.S. withdrawal could create instability across the region. But China simultaneously invited the co-founder of the Taliban in Afghanistan, Mullah Abdul Ghani Baradar, and his nine-member delegation, to hold talks with Chinese State Councilor and Foreign Minister Wang Yi in China during the last week of July 2021.

Wang Yi’s meeting with Mullah Baradar was a message for public consumption that Beijing indeed would recognize the Taliban and its administration as a legitimate political force. In fact, Wang Yi described the Taliban as a “crucial military and political force in Afghanistan that is expected to play an important role in the peace, reconciliation, and reconstruction process of the country.”

The Chinese strategy for Afghanistan appears to be one of seeking to “manage” the Taliban. However, China will never be able to avert the risks that come in dealing with the unpredictable, disruptive, and ideologically-driven Taliban. This especially holds true in terms of a future scenario where Taliban-ruled Afghanistan could well become a base for terrorist and fundamentalist activities.

While the pragmatism of a regional agenda will drive Beijing’s strategy with a Taliban-led Afghanistan in 2021, the caginess surrounding the extremes of the Taliban’s ideological agenda will nevertheless continue.

As the U.S. withdrawal of troops from Afghanistan nears conclusion, China is moving forward to secure its vital role in Afghanistan’s economic, political, and military future. Kabul’s placement in Beijing’s strategic calculus is reflected in the greater emphasis on China’s “Western Development Strategy” and securing the region.

Afghanistan shares a 50-mile (80-km) border with China’s restive Xinjiang province at the end of the narrow Wakhan Corridor. The perennial paranoia of a potential trigger that could stoke the flames of Islamic fundamentalism in Xinjiang, which has the greatest concentration of Muslims (majorly Uyghurs and Hui Muslims) continues to grip China’s leadership.

Notably, among China’s 55 officially recognized minority populations, 10 are identified as Sunni Muslim groups. It also cannot be forgotten or ignored that China used the two-decade-long global anti-terror campaign following the 9/11 (2001) attacks on the U.S. to conveniently channel its domestic agenda into suppression of China’s aggrieved and repressed Muslim population, namely the Uyghurs in Xinjiang, whose barefaced oppression and isolation continues to date.

The Taliban can be expected to seek China’s “veto” power to rescue it internationally. Besides, along with China, it would want to see the Taliban-Pakistan-China triangle emerge to drive a regional political and economic agenda.

Beijing, quite palpably, will extract a quid pro quo from the Taliban. One will come in terms of guarantees vis-à-vis Xinjiang, and another will look for unlimited access to Afghanistan’s mineral wealth that is geographically vital to China’s Belt and Road Initiative. For Beijing, at stake are $60 billion USD worth of projects in the China-Pakistan Economic Corridor — the nerve center of China’s BRI in this region.

Although China circumspectly aims to project itself as a responsible player on the international stage to bolster its global ambitions, it needs to bear in mind that Afghanistan is a different ball game altogether. Today, Afghanistan has become the declared graveyard of empires and superpowers — all of that in the name of ideology.