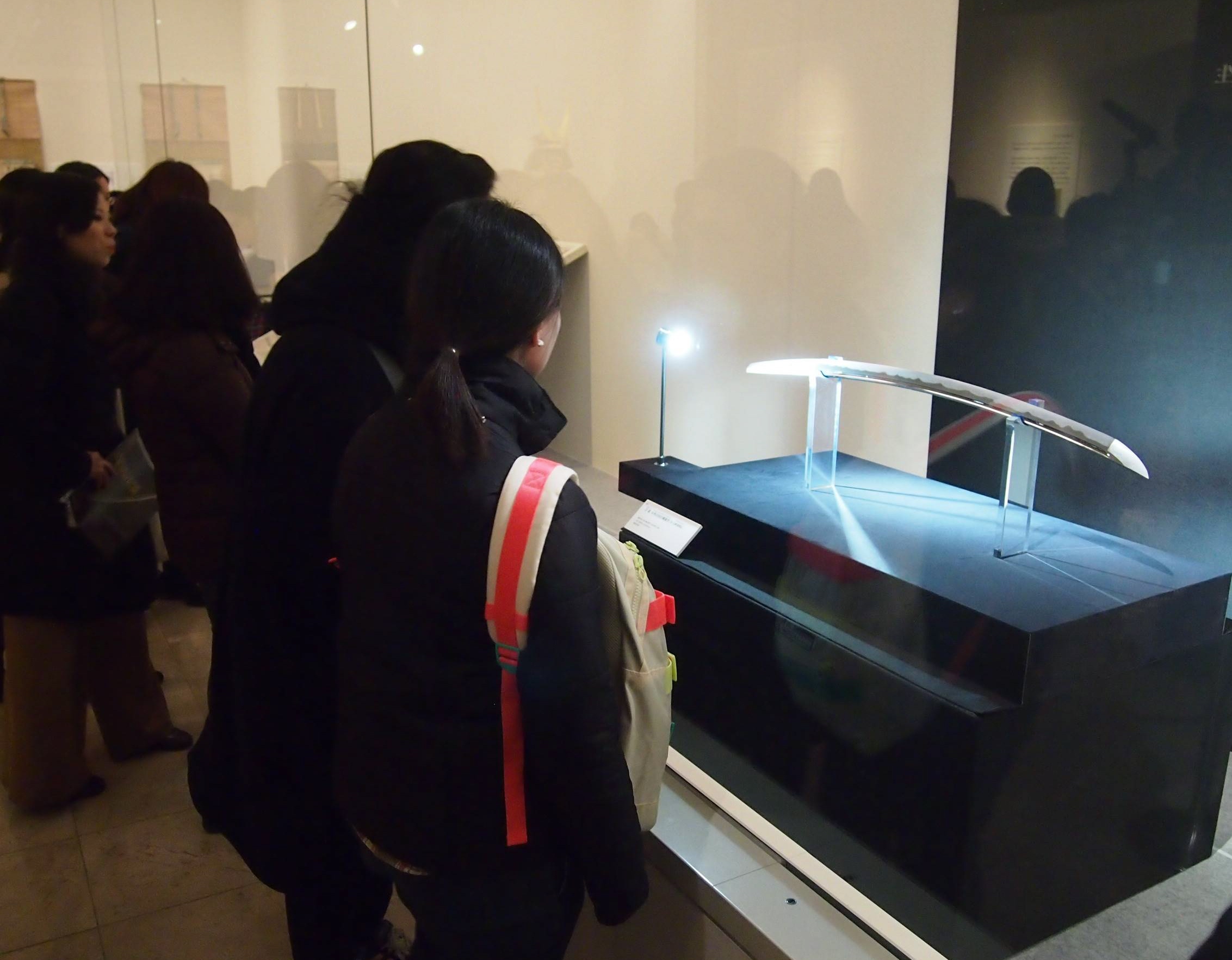 The famed sword, the “Yamanbagiri Kunihiro”, crafted by renowned swordsmith Horikawa Kunihiro, who is associated with Ashikaga City in Tochigi Prefecture, is scheduled to go on display again next spring at the Ashikaga Museum of Art.

The sword, which is a National Important Cultural Property, is featured as the highlight of the “Treasures of Ashikaga Exhibition,” a special event commemorating the city’s 100th anniversary in 2022. This will be the first public opportunity to view the sword since the spring of 2017, when it brought approximately 38,000 fans to the museum. The long-awaited exhibition is sure to be a big hit among sword fans and the ‘touken joshi (girls with a passion for swords)’.

According to the inscription on Yamanbagiri Kunihiro, the blade (length 70 centimeters) was crafted by Kunihiro in February of 1590 AD at the request of Nagao Akinaga, the lord of the Ashikaga region. Known as Kunihiro’s most outstanding masterpiece, it was said that in making it he copied the “Yamanbagiri” (a National Important Cultural Property) in the collection of the Tokugawa Art Museum. That sword was crafted by Bizen Nagafune Nagayoshi and reportedly given to Akinaga by the Odawara Hojo clan.

The Yamanbagiri Kunihiro went on display at the museum from March to April in 2017 in the midst of a sword boom sparked by the online game Touken Ranbu. Up to 38,000 visitors flooded the exhibition, many of them young female fans from overseas, such as China and the United States, as well as from all over Japan.

It was the most popular among the 100 or so swords personified as warrior characters in the 2017 exhibition, and also the first time in twenty years that the sword had been shown in public, following the Tokyo National Museum exhibition in 1997.

Success of the 2017 event had prompted local shopping centers to press the city twice to hold the exhibition again. The city has also been anxious to help local recovery of the tourism and hospitality sector due to the COVID-19 pandemic.

It has estimated that the region could see around ￥400 million JPY (~$3.65 million USD) from tourism and commerce, especially helping the sectors of lodging, restaurants and sales of merchandise made in collaboration with Touken Ranbu.

After negotiating with the blade’s owner, it was decided to hold the exhibition under the same title, the “Treasures of Ashikaga Exhibition”.


Accolades for the 2017 Exhibition

The 2017 exhibition’s meticulous hospitality, such as setting up a nursery at the museum for parents with young children, tickets that allow re-entry to the museum, and original menus developed at local restaurants, was praised as “superb” among the touken joshi community. The city aims to repeat the public-private collaboration that made it happen.

Despite the ongoing boom in the popularity of Japanese swords and several other legendary blades being put on display, the Yamanbagiri Kunihiro has not been exhibited in any sword shows since 2017. Many fans who have been eagerly waiting for the re-exhibition in Ashikaga, regarded as “Kunihiro’s sacred location”, will most likely flock to see the display.

About the Swordsmith Horikawa Kunihiro

Born in Hyuga Province, Miyazaki Prefecture in the south of Kyushu, Horikawa Kunihiro was the foremost master of sword makers during the Azuchi-Momoyama and early Edo periods. His swords related to the Ashikaga region are the Yamanbagiri and Yamanbagiri Kunihiro, as well as a short sword called the “Hotei Kunihiro” (National Important Art Treasure, Collection of the Ashikaga Citizens Cultural Foundation).

The Hotei Kunihiro has an inscription on it indicating the same year as when the Yamanbagiri Kunihiro was made: “August 18th year of Tensho (1590), Yashu Ashikaga Gakkou Ni Oite Korewo Utsu (Tempered at the school of Ashikaga)”. It is not clear how Kunihiro arrived and ended up staying in Ashikaga.

After the Hojo clan, which was supported by Nagao Akinaga, was defeated by Toyotomi Hideyoshi during The Siege of Odawara, the Yamanbagiri Kunihiro wandered among former members of the Hikone clan. According to documents, the sword was said to be destroyed by fire in the Great Kanto Earthquake. However around 1960, a sword expert confirmed its existence and it is now owned by a private collector.