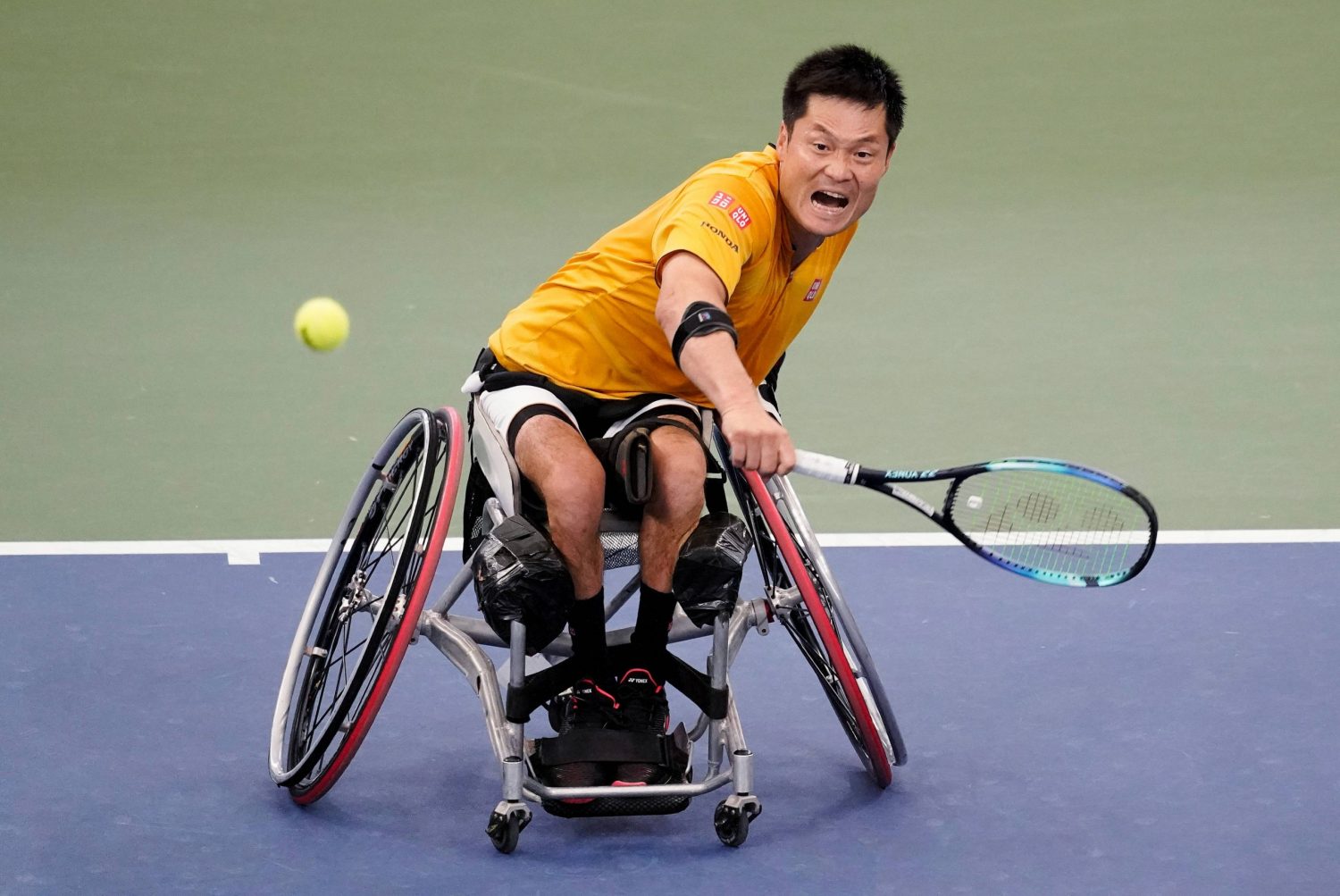 Shingo Kunieda returns a shot to Alfie Hewett in the men's wheelchair singles final at the US Open on September 11, 2022, in New York. (Mary Altaffer/AP)

Shingo Kunieda reached the pinnacle of his sport for the first time in October 2006, climbing to No. 1 in the wheelchair tennis world singles rankings.

And for more than a decade and a half, Kunieda had a remarkable run of sustained success. The numbers are incredible: a 699-106 career singles record, 582 weeks as the world's top-ranked player and 50 Grand Slam titles (a record 28 in singles and 22 in doubles). What's more, he was a 10-time International Tennis Federation world champion.

Kunieda, who turns 39 on February 21, announced his retirement via social media on Sunday, January 22.

He retires as the greatest player in wheelchair tennis history.

By all accounts, the Tokyo native had nothing left to prove. He reached that same conclusion.

"I topped the year-end rankings for the 10th time last year, so I have concluded that I have done enough," Kunieda wrote on Twitter.

Kunieda admitted that his gold medal-winning performance at the Tokyo Paralympics, where he defeated the Netherlands' Tom Egberink in the final in September 2021, sparked thoughts about retirement.

"I kept thinking about retiring after my dream came true at the Tokyo Paralympics," wrote Kunieda, who claimed his first Paralympic gold medal in men's doubles with compatriot Satoshi Saida at the 2004 Athens Games. He then won singles titles in 2008 and 2012 before winning again in Tokyo.

Kunieda added, "I began to feel I didn't have much energy left to play on the tour when I won the long-sought Wimbledon title last year."